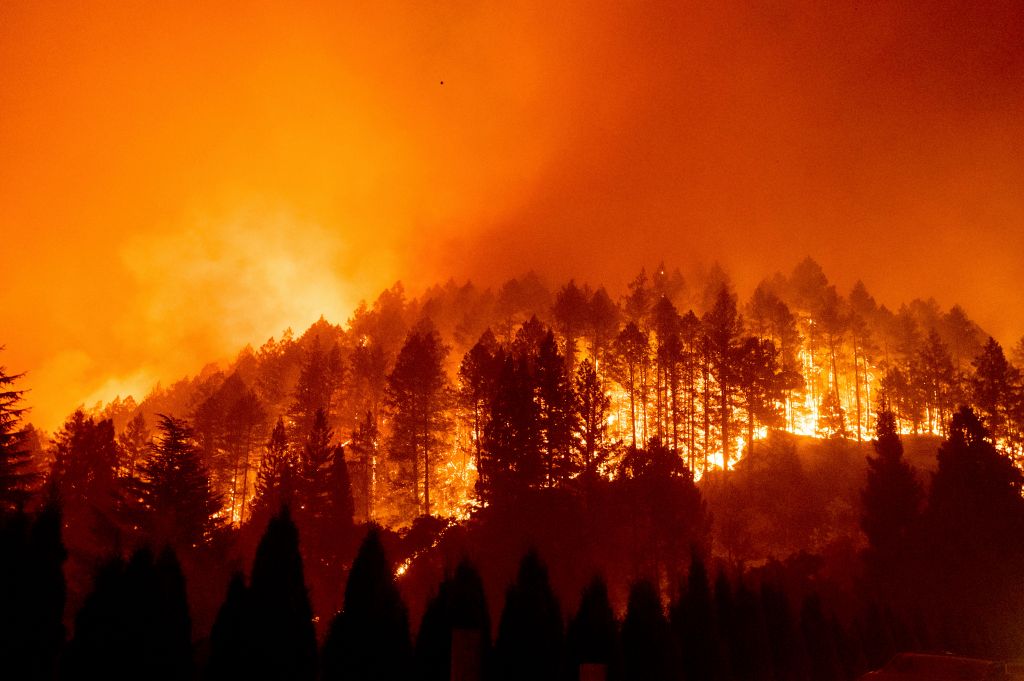 The Glass Fire burns a forest above Silverado Trail in St. Helena, California, on Sunday, September 27, 2020.

According to officials, the wildfires in California have burned an area larger than the size of Delaware leaving 10 people dead.

Firefighters are continuing to fight over two dozen wildfires all over the state. The fires have now burned nearly 3.1 million acres since they started on August 15.

The northern part of California is particularly at risk due to lightning from possible thunderstorms. A Red Flag Warning, which is a forecast warning put out by the National Weather Service, was issued because of the likelihood of lightning with little rain. Some are saying it is not too serious; however, the effects of the fires can be seen in states all over the country. Even in Indiana, the skies are not clear and polluted with smoke from the fires.