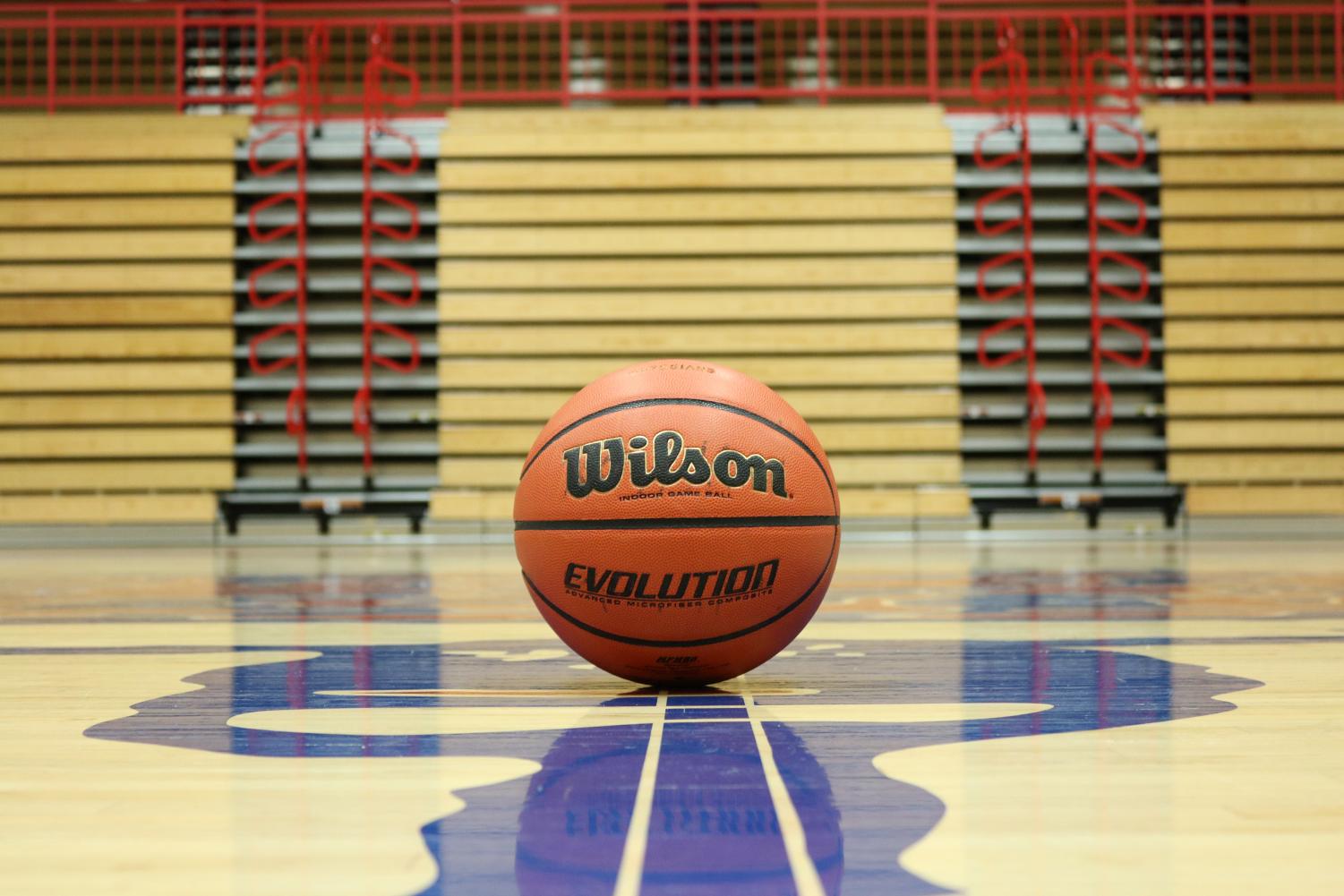 A basketball sitting in the center of the court in the John R. Wooden Gymnasium. (Emma Allen)

A basketball sitting in the center of the court in the John R. Wooden Gymnasium.

Both teams got to the Finals by winning their own Conference Finals. The Lakers had a tough matchup with the highly underrated Denver Nuggets who beat the 2 seed, the Los Angeles Clippers. The Heat beat the Boston Celtics, who were also a very well- rounded team with young superstars.

At the start of the 2020 season, Lakers legend Kobe Bryant sadly passed away. The Lakers are in the pursuit of the championship so they can make the “Mamba” proud. Many Lakers players this year are repeating the Kobe quote, “What is there to be happy about? The job is not finished.” If there is one thing for sure, the Lakers have the Mamba mentality that Kobe Bryant once had.

The matchups for this series are going to be a mixed bag, as the Heat have a disadvantage in the height category. It’s known that Heat center Bam Adebayo, who was one of the breakout players in the Heat’s victory over the Boston Celtics in the Eastern Conference Finals, can be a solid line of defense against Anthony Davis. Despite this, NBA fans can’t help but wonder how the Heat roster will defend the Lakers’ other star players.

It can be assumed that the Heat is planning on having star Jimmy Butler or key veteran Andre Iguodala take the responsibility of guarding LeBron James. The Heat may have Bam Adebayo; however, they don’t have any other well rounded big men that can match up with the Lakers’ size.

Along with Anthony Davis, the Lakers have Dwight Howard and JaVale McGee at the center position, who are both hyper-athletic, defensive, and well-polished big men. Other than Bam Adebayo, the Heat have Kelly Olynyk and Meyers Leonard at center, who are both limited athletically, offensive, and perimeter-shooting big men. Olynyk and Leonard are very talented players, but the rebounding game is going to be a major factor in deciding who wins this series. This may be a huge problem the Heat will have to face.

Outside of LeBron James and Anthony Davis, the scoring options for the Lakers start to see a dramatic downfall. Davis is averaging 28.8 points per game, while LeBron is averaging 26.7. The third leading scorer of the team is starting forward Kyle Kuzma, who averages 10.5 points per game. The shooters of this Lakers team are supposed to be Kentavious Caldwell-Pope and Danny Green, but they have been very inconsistent to say the least. The Miami Heat, however, don’t really have this issue.

Unlike the Lakers, who only have 3 players total who are averaging double-digit points in the playoffs, the Heat have a staggering 6 players averaging 11 points or more. The reason why some of these players average so many points is because they can extend their range. This is where the Heat usually tend to win their games: the three point line.

The Heat have a plethora of shooters who are always ready to pull the trigger from behind the arc. Goran Dragic, Kelly Olynyk, and Jimmy Butler are decent shooters, but they aren’t the best on the team. This is where Tyler Herro, Duncan Robinson, and Jae Crowder come in.

Tyler Herro has been a potential All-Rookie First Team candidate all year, but he is starting to really earn his appreciation when it matters the most. Herro has been averaging a solid 16.5 points per game in the playoffs, but he exploded in Game 4 of the Eastern Conference Finals by dropping 37 points. He is the first and only rookie to do so since Magic Johnson. Fifteen of his 37 points came from behind the three point line.

Duncan Robinson has always been regarded as a good shooter, and that’s exactly how he gets his 11.3 points per game in the playoffs. Robinson shoots the three point shot at a staggering 44.6 percent, which was on full display in the final game of the Eastern Conference finals, dropping 15 points with every single one of them coming from behind the arc. Jae Crowder, who averages 12.3 points per game, is a great shooter in his own right, shooting the three point shot at 44.5 percent.

Both teams have their own strengths and weaknesses, and they will surely look to exploit those weaknesses once the finals start. Maybe the Heat and their shooting will be too hot to handle for the Lakers. Maybe LeBron James will be able to pull off his usual triple-double in big games and lead the Lakers past the Heat. Either way, this will surely be a Finals matchup to remember.