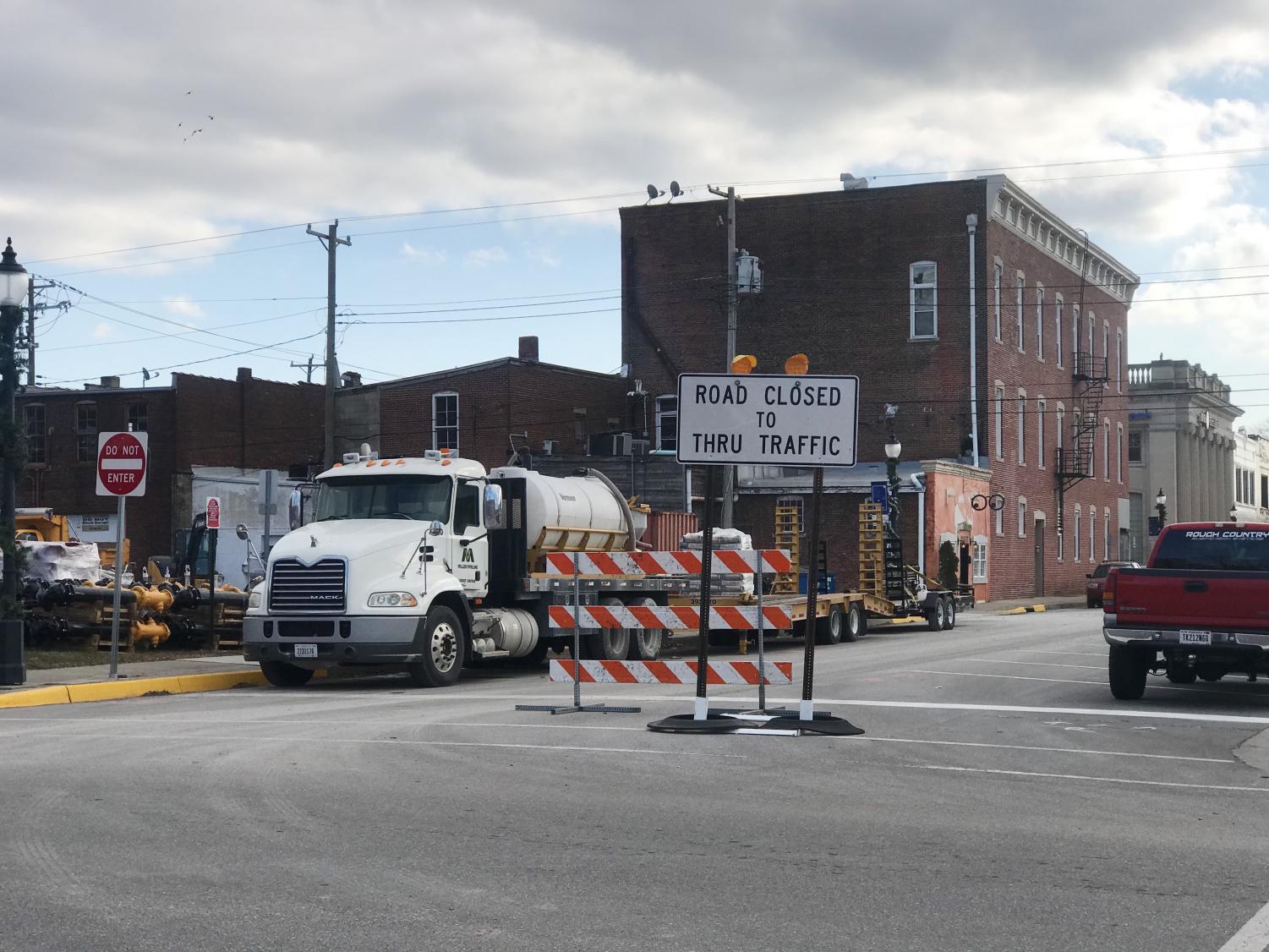 Delayed Deadlines: Construction on the Square

The Martinsville town square has been closed off for quite a while, due to construction, and people have had to find detours to get around the various roadblocks.

Construction started on the fourteenth of October, and the “no parking” signs indicated that construction would be done by October 31, 2020. It is currently December, and construction is still ongoing. Miller Pipeline, the company doing the work, has set its current deadline to be January 1, 2021.

Two local lawyers, one of which being Dale Coffey of Boren, Oliver, & Coffey LLP, and one who wished to remain anonymous, who work on the square shared their knowledge and experiences with the construction near their workplaces. Their offices are next to the courthouse and around the corner from each other, and both of their streets have had work done on them. Neither lawyer has really had much trouble with any of the work aside from it being “a bit of an inconvenience getting around downtown” and being disturbed by “the noise from the continual getting holes in the road.” Honestly, they are more amused that the signs closing the square still have the end date labeled as October 31.

Every facet of life has been full of twists and turns this year, and it’s not surprising that the same can be said about construction. Hopefully, there won’t be any further inconveniences regarding the construction on the square, and construction workers will be able to finish by the deadline so that we can start the year 2021 with a freshly minted centerpiece of Martinsville.