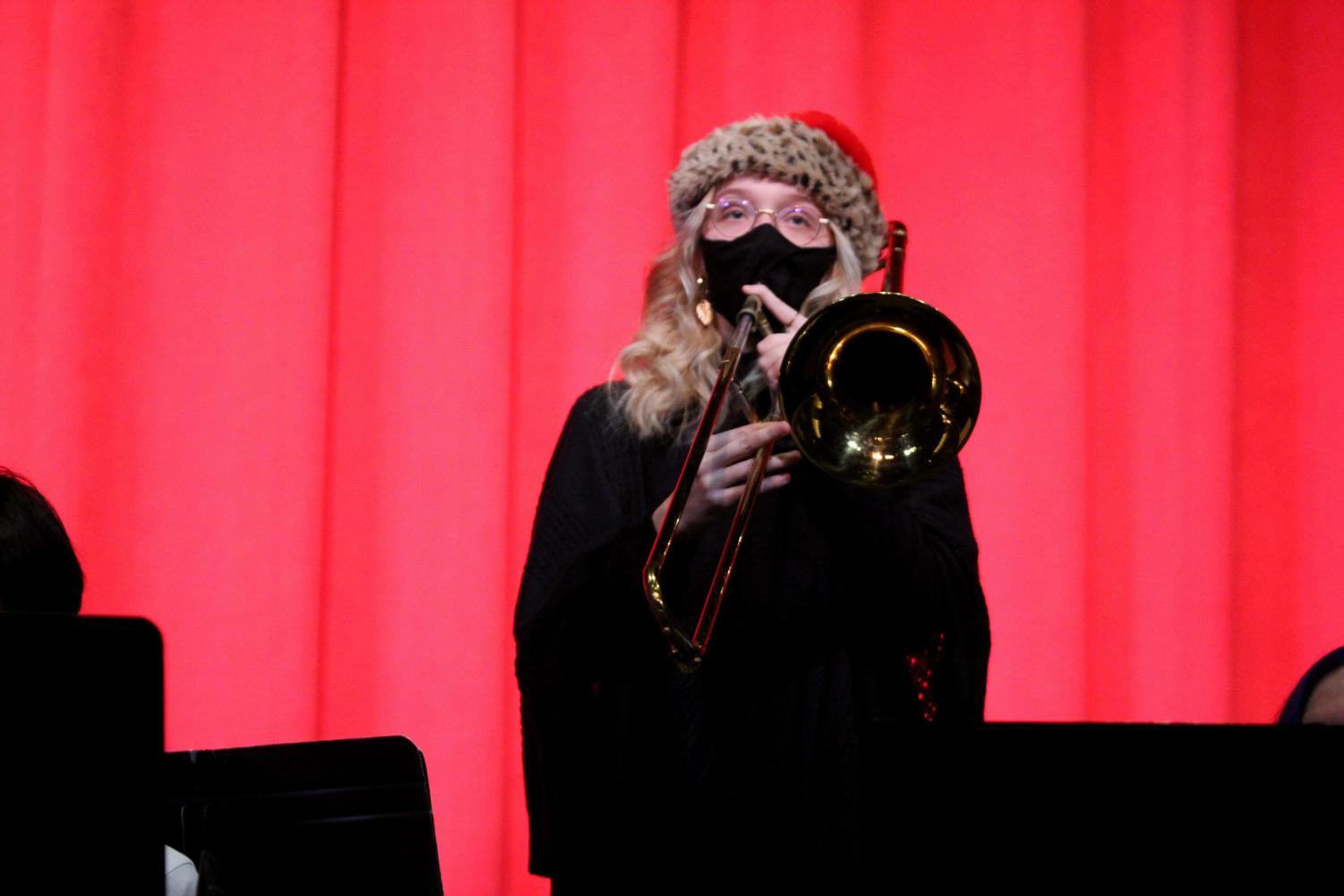 Martinsville High School’s annual holiday concert looks a little different this year due to COVID-19. The changes included splitting up the vocalists and instrumentalists into two separate concerts, performing fewer songs, and subtracting the combined band, orchestra, and choir performance at the end of the concert. Even with all the differences from the years prior, the show must go on!

Not only did COVID-19 cause delays, but it also caused some mixed results regarding rehearsal times. People had more of an opportunity to pace themselves and practice more on their own, but getting the whole group together created difficulties. Band is having two full band rehearsals on the week of the show and the Orchestra has three scheduled. Junior orchestra member Sophie Adkins said, “It’s definitely been harder to try to be able to practice all together.”

Most of the practices were online, which means “It is a lot harder to do because you can’t hear all the parts and we’re not all practicing the same amount,” said Sophie. Most practices have been through Flipgrid, which forces members to be confident with playing on their own. Adding to this sentiment, junior Macy Kopis said, “I think for all the band members, we cherish the rehearsal time we have together much more than we ever have before.”

Despite not practicing with the band in-person, students have taken initiative to practice on their own, and, according to band director Mr. Ken Belt, “Many students [walk] in the door prepared and ready to play!” Violinist Jack Kresse shares this opinion regarding the orchestra. “Everyone seems to be dedicated to playing well in our upcoming concert,” said Kresse.

The band has taken extra precautions this year so that they can still pull off a great performance despite limited practice time. Mr. Belt said, “We rehearse with appropriate social distancing, so we are spread much further apart than normal, and we have a special mask that allows the mouthpiece to go through, but still catches the aerosol droplets that can spread the virus.”

Even though, overall, masks haven’t seemed to be too much of a problem for most students, they still have caused issues for some instrumentalists. Junior oboe player Vincentia Thatcher said, “It takes some time getting used to, and the sound isn’t as clear as it would be without the mask, but I think everyone is adapting well despite the situation.”Although the masks do not negatively affect most of the band, they all agree that the flutes suffer the most from the “musican’s mask.”

Flutists Elizabeth Heath and Zoey Paul spoke of their experiences with playing the flute. The main reasons the flutes suffer more from the musician’s mask has to do with the way the instrument works in the first place, with the sound coming from the air blown over the mouthpiece. Zoey said, “Playing the flute with the mask is like trying to talk through a blanket — muffled.” The first chair, Elizabeth, added to this by saying, “It doesn’t sound as crisp as without the masks.” Despite their difficulties, the flutists do have an advantage in that their holes are larger so they can more easily access their instruments compared to the other musicians.

This year has been hard on many things, but our MHS musicians certainly know how to adapt and learn from the situation presented. They devoted themselves to practicing so that they can give an amazing performance for this upcoming holiday concert.