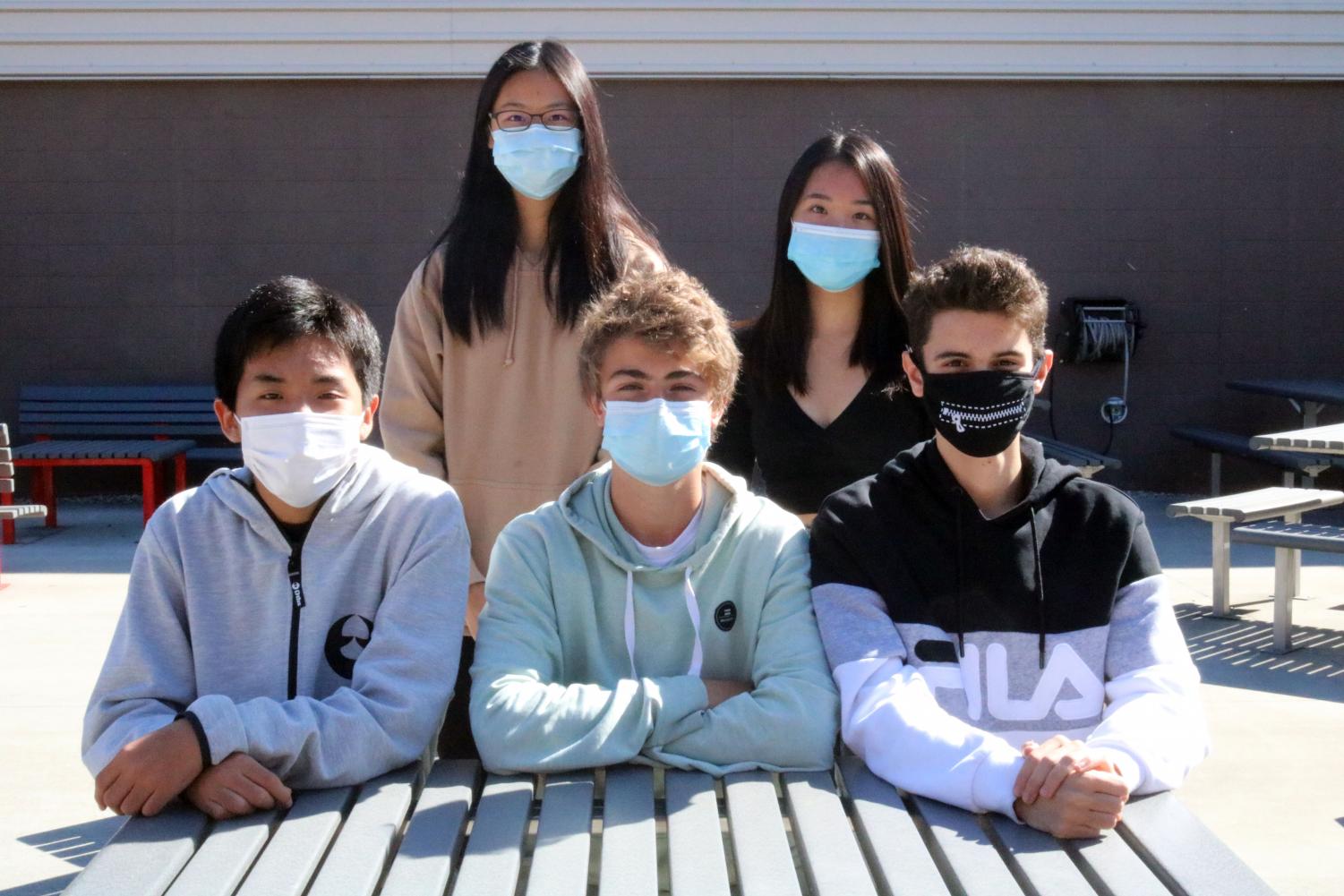 Three of them, Nicolas Bicand Fernandez, Antonio Cano Sarobe, and Joaquin Gallego Garcia are from Spain. Also, from the continent of Europe are Hien Pham from Germany, and Vladimir Todorovic from Montenegro. Our students hailing from Asia include Enshou Asai from Japan, and Martha Chak Yan Yu from Hong Kong.

Though these students come from around the world, they all managed to make it to America to experience the 2020-2021 school year. Each student has found his or her own little niche to fit into here at Martinsville High School, whether it is Nico strutting on the dance team, Joaquin and Antonio kicking it on the soccer team, Martha dominating in student council, Enshou gliding on his skateboard, or Hien willing to try new things.

According to Nico Bicand Fernandez, from Madrid, Spain, “there are a lot of places where [he lives] in quarantine.” Although it was starting to get better over the almost three months spent in quarantine during the summer, the start of school caused numbers to rise again, which is likely due to the “You can do that, but we don’t recommend you do that” attitude that the Madrid government has regarding COVID-19. Even though the government does not recommend multiple people being in close contact with one another, Nico said, “we do it.” At first, only ten people were allowed to be together at once, but they have lowered the limit to only six people.

When COVID-19 struck, students were still in school in Spain. Nico recounts that they were all sent home without their books and that his highschool was poorly organized. Many of Nico’s friends had been in contact with positive cases and were forced to quarantine, and, although Nico misses his friends and family in Madrid, he believes he is safer here in America due to the escalating situation in Madrid.

German foreign exchange student Hien Pham says that Germany is handling COVID-19 the same way we are here in America, “but it’s a lot more strict in Germany.” She went on to say that Germans have to pay fines for not wearing a mask in public.

In Japan, people are “very worried and everyone does not take off their masks in public facilities other than restaurants,” said Japanese student Enshou Asai. Schools in Japan went straight to elearning when COVID-19 first started in Japan. His journey to America was not affected much by COVID-19, as he has friends in California, which prompted his decision to come to America this year.

Martha Chak Yan Yu, an exchange student from Hong Kong, shed some light on how COVID-19 is being handled in Hong Kong. “We have laws that we must wear our mask, even in the car…and we also have a rule that only [a] maximum of four people can walk on the street. If [there] are more than four people walking together, we would be arrest[ed].” Schools in Hong Kong were affected right away because of the COVID-19, starting out with all online learning before slowly starting to come to school on half days.

Despite the obvious language barrier and the chaos the COVID-19 has created, all of the exchange students are continuing to do well here. They are able to continue doing the things they loved to do in their home countries right here in Martinsville. Enshou brought his love for skateboarding over from Japan and continued to skate. Nico, who did not have a school dance team in Spain and instead danced with one of the many studios in Spain, was able to join Martinsville’s team and said that it is “a really good dance team.” Antonio and Joaquin were able to join the Martinsville soccer team and helped lead them to fifteen victories. Hien ventured outside of her comfort zone and attended a drama club meeting with Martha. Even though drama club was not for her, she is still interested in the other clubs offered at Martinsville High School. Martha decided to take a go at student council and has joined a softball league as well.

Things are definitely different here in American than they are in Europe and Asia. Hien, who is from the capital city of Germany (Berlin) was not expecting the silence found here in Martinsville. Enshou appreciates the freedom to have piercings, wear chains, and dye your hair that is granted in America. Nico likes all the extracurricular activities offered at the high school. Martha commented that people drive much better in America than in Hong Kong.

All of this year’s foreign exchange students are glad to be here to experience something new. They each have their own stories to tell and lives to live. All of the countries differ from America in some way or another, including the cuisine, which was greatly missed by all parties. Even though they all come from different backgrounds and experiences, they all agree that things in America are bigger.