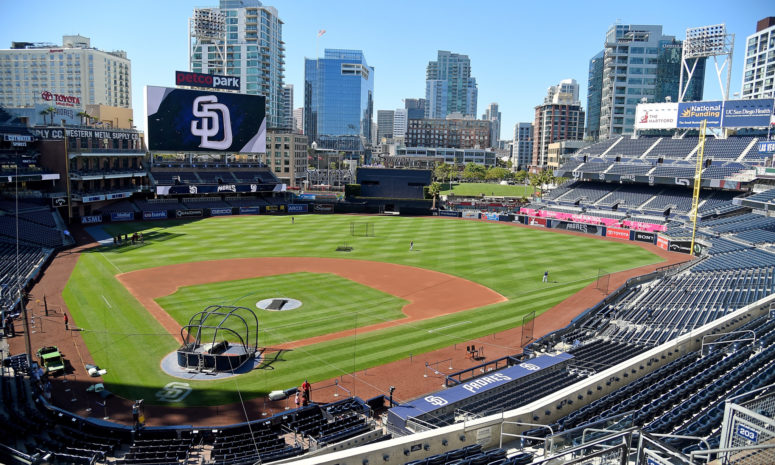 SAN DIEGO, CA – MAY 20: General view of Petco Park before the game between the San Diego Padres and the Arizona Diamondbacks on May 20, 2017 in San Diego, California. (Photo by Jayne Kamin-Oncea/Getty Images) (Getty Images)

SAN DIEGO, CA – MAY 20: General view of Petco Park before the game between the San Diego Padres and the Arizona Diamondbacks on May 20, 2017 in San Diego, California. (Photo by Jayne Kamin-Oncea/Getty Images)

The MLB went into its offseason after one of the weirdest seasons ever. This season consisted of 60 games and a 16 team playoff series. To put this into perspective, the MLB usually has a season of 180 games and only 8 playoff teams.

The offseason for many is the most exciting time of the year. Teams pick up new, young talent out of many places across the world during the MLB Draft. However, the main focus of the offseason is free agency.

Free agency is what a player goes through after he plays the amount of years on the contract he signed with his former team. Star players enter free agency each year and fans anxiously wait for something to happen with their team.

The biggest free agent this year is the ace for the Cincinnati Reds, Trevor Bauer. Bauer took the league by storm with his amazing season. He had an impressive 1.73 ERA (Earned Run Average), 73 innings pitched, and 100 strikeouts. He is still yet to sign to a team but the favorites are the New York Yankees, the Boston Red Sox, and the San Diego Padres.

The San Diego Padres have had one of the best offseasons in recent history. The Padres are already a fan favorite team, and they have a young, talented core.  Their offense is one of the most electric in baseball with hitters like Fernando Tatis Jr., Manny Machado, and Jake Cronenworth.

With the offense being so well rounded, we have to talk about the pitching.  The Padres went all out and traded many young prospects for two aces. Yu Darvish from the Chicago Cubs and Blake Snell from the Tampa Bay Rays. Yu Darvish was a Cy Young award candidate this year, which recognizes the best pitchers in the league.

With the Padres addition of the two stars they may have the best starting rotation in all of baseball.  Here is what the rotation could look like: Yu Darvish, Blake Snell, Dinelson Lamet, Mike Clevinger, and Chris Paddack. The big question mark with this rotation is Mike Clevinger. The former Cleveland Indians pitcher underwent Tommy John surgery.  This is one of the most common surgeries in baseball, as it is fixing a tear in the arm muscles around the elbow.

The Padres are not the only team to trade for stars, as the New York Mets traded Amed Rosario and a few other players for Fransisco Lindor and Carlos Corrasco. Fransisco Lindor is one of the best middle infielders in the entire MLB. He also carries the rare talent of switch hitting. This is excelling at the plate from both sides of the batter’s box.

Carlos Corrasco, also known as “Cookie,” is a player widely known around the league.  Not only is he one of the most memorable pitchers in the league Corrasco has a story behind him. Corrasco suffered from leukemia in May of 2019. He successfully recovered and is doing well again in the MLB.

Among top players, George Springer, the former Houston Astros center fielder is a free agent this year. There are some scandals with the 2017 Astros team stealing signs. He was a part of this, but is still a very talented player. He is one of the best hitters on the planet.

Free agency has nowhere but to go up from here. It has been about as boring as possible, but with a new baseball season closing in the “hot stove” will start to heat up again.