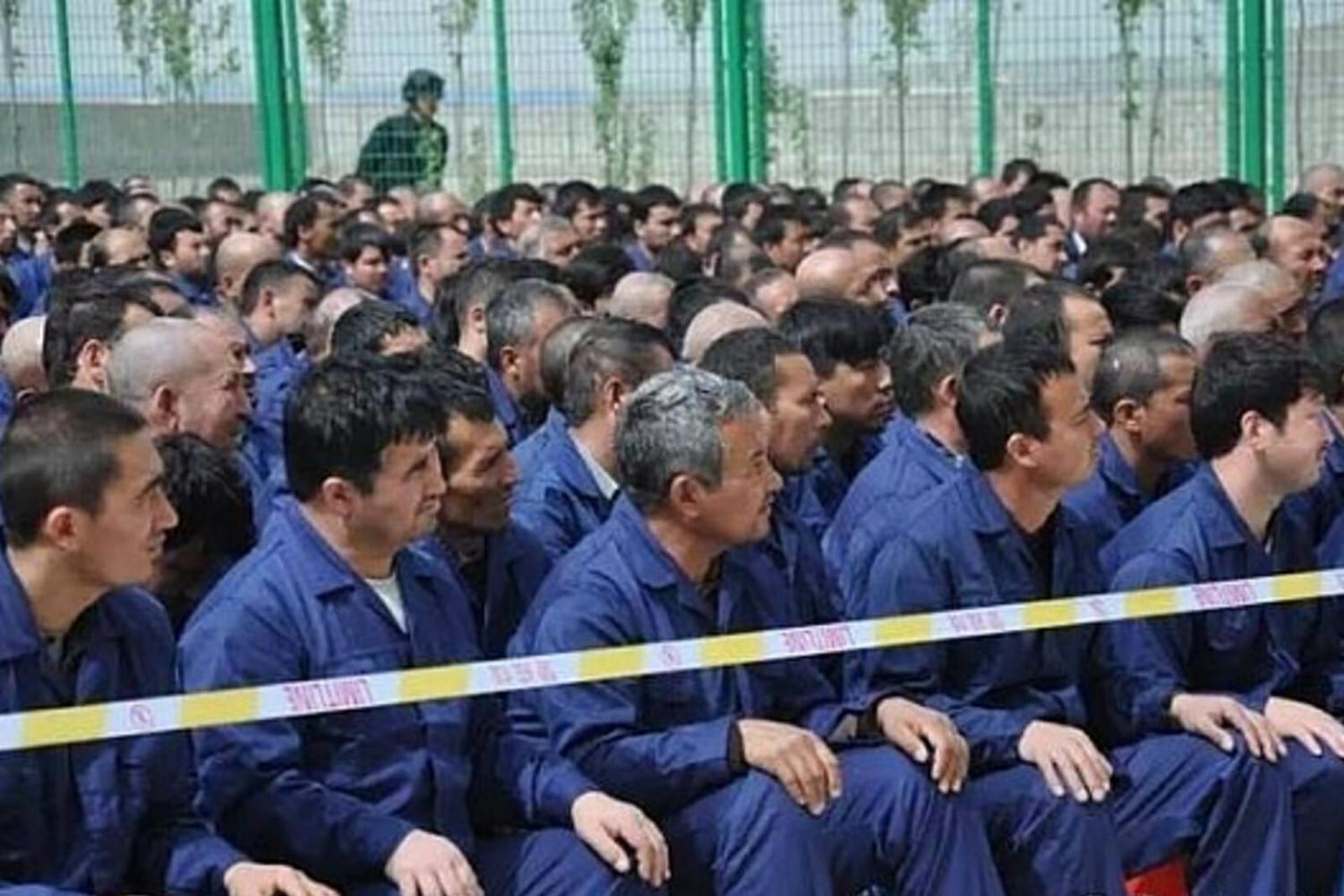 Detained Muslims sit waiting in a reeducation camp in China.

For several years “reeducation camps,” specifically for Muslims, have been implemented in Xinjiang, China. The Chinese government has claimed that these camps are simply for voluntary training and education for the purposes of countering extremism.

However, official documents have shown that the people are locked up, have very strict rules, and are punished. Nearly a million Muslims are thought to have been detained at these detention camps.

These leaked Chinese documents show that the people who run the camps have strict instructions to run them similar to prisons. The people detained in them are not allowed to escape and there is full video surveillance with no blind spots.

These documents also revealed that every part of these people’s lives is strictly regulated, and the detainees are not released until they have changed their beliefs, language, and behavior. However, there is not a specific time period the “reeducation” lasts, so none of them know when they will get to leave.

Those who run the camps were told to have all the people there repent and confess so they can understand that their past activity is “illegal, criminal, and dangerous.” Ben Emmerson, a human rights lawyer, claimed, “It is very difficult to view that as anything other than a mass brainwashing scheme designed and directed at an entire ethnic community.” He explained that these camps are designed to completely eliminate the Muslim Uighurs from Xinjiang.