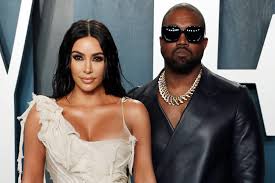 Kim Kardashian and Kanye West filed for a divorce this year. (https://people.com/tv/kim-kardashian-concerned-about-permanent-split-from-kanye-west-affecting-their-kids-source/)

Kim Kardashian and Kanye West filed for a divorce this year.

On Friday, January 6, 2021, celebrities Kim Kardashian and Kanye West filed for divorce. Tensions were rising between the pair for a couple of years now. With each of them growing in different directions, they decided it was finally time to split.

Kim and Kanye first met in 2003 through a mutual friend. Before they grew close, Kim had been married twice and Kanye had been engaged. They eventually caught feelings for each other and started dating in 2011. In 2014, they tied the knot in Italy after having their first kid, North, in 2013. Later, they had three more kids: Saint, Chicago, and Psalm.

Over the last couple of years, there has been an increasing amount of tension. For instance, when Kim was studying to become a lawyer, she met with Meek Mill for prison reform, and Kanye later tweeted about how he was thinking about getting a divorce after this.

During Kim’s attempt to become a lawyer, she grew tired of Kanye’s antics. While she was trying to grow and pass her bar exams, Kanye was running for presidency and saying controversial things over Twitter, both of which caused a lot of drama. Kanye had also grown tired of their marriage, saying that he was irritated by the “Kardashian’s over-the-top reality star lives.”

The last straw was when Kanye prepared a speech for a campaign rally in South Carolina. He was talking about abortion and told thousands of people how Kim thought about getting an abortion when she was preganent with North. Kim was furious that he shared something so serious and private. Things started to go downhill from there.

In recent months, multiple sources have stated that not only were the two living in separate houses, but they were even living in different states. Kim has reportedly been living in California with their kids, while Kanye has been living on a ranch in Wyoming.

After everything they have been through, they ultimately have decided to end things. With four kids and multiple houses, they are still negotiating the settlements. They could potentially go into a financial war against each other, but only time will tell.