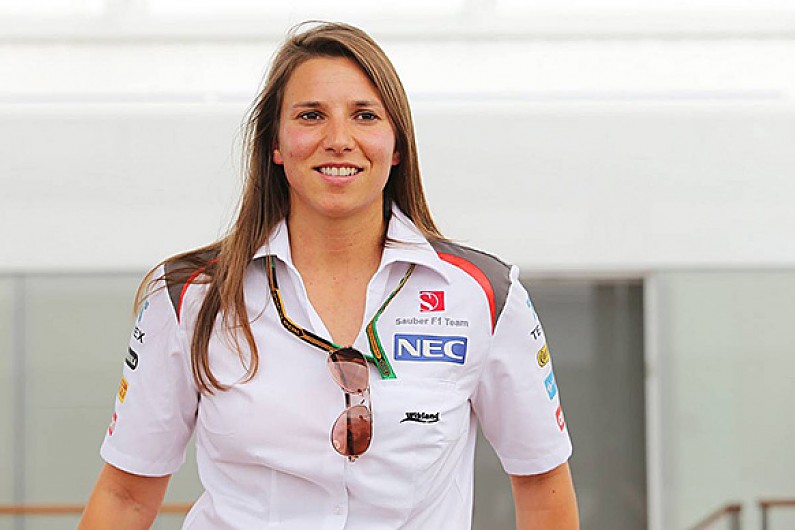 Simona De Silvestro will compete in the 2021 Indy 500 for Paretta Autosport. Image courtesy of Autosport.com

Simona De Silvestro will compete in the 2021 Indy 500 for Paretta Autosport. Image courtesy of Autosport.com

Both the Indianapolis Motor Speedway and IndyCar have just made a giant leap forward in seeking equality in the racing world. On January 19th, Penske Racing announced that Simona de Silvestro will compete in the Indianapolis 500 for Paretta Autosport, an all-female team backed by Penske Racing.

The all-female team is owned by Beth Paretta, and was brought on board by Penske Racing owner, and owner of the Indianapolis Motor Speedway, Roger Penske. His program, Race for Equality and Change, has made two major steps forward in the past two months. In December, it was announced that a new USF2000 team (a feeder series into IndyCar), called Force Indy, would largely employ mechanics and drivers of color to give them a start in the racing world.

De Silvestro has competed in five Indy 500s in her career, with her most recent start being in 2015. Out of those five starts, her best finish was 14th in 2010. The Swiss driver has shown that she has talent, but simply has not been with the right teams. Now, with one of the best teams on the grid supporting Paretta Autosport, De Silvestro has a good chance of being a serious competitor in May.

The relationship between Team Penske and Paretta Autosport is not quite clear. It is known that Penske will be sharing their setups and data with the team; however it is uncertain as to what extent that will be.

While Paretta Autosport will only be competing in the Indy 500 this year, Beth Paretta has already stated her intentions of soon running a full IndyCar season. She told RACER, “I think it will be fantastic to have her in a full season when we can, because we can then grow as a team. And then that’s when we’ll get the very best out of every member of the team and hopefully be contending for top 10, top five and podium finishes.”

While big announcements were made in Indianapolis, down south in Florida, several IndyCar teams showed up at Sebring International Raceway to compete in the first pre-season test of the year.

The two day test was intriguingly run on only half the road course. The other half was used by IMSA teams to test their sports cars for the upcoming 24 Hours of Daytona. Topping the unofficial charts (official times for the test are kept private) on the first day was defending champion Scott Dixon with a 52.32 second lap.

However, during the second day of testing, 2016 Indy 500 winner Alexander Rossi topped the overall charts, turning in a 52.272 second lap, only .1 second ahead of his teammate, Colton Herta. After turning in the fastest lap of the session, Rossi hopped over to the other side of the course to test out his IMSA DPi Sports Car that he will run in the 24 Hours of Daytona in only two weeks.

NASCAR champion Jimmie Johnson is adjusting well to his new ride in IndyCar. While still at the bottom of the time charts, Johnson has closed the gap significantly from his last test at Barber Motorsports Park in early November. Johnson, who is also competing in the 24 Hours of Daytona, is still learning the nuances of an IndyCar.

Johnson said in a video on twitter, “(I’m) really just trying to understand how to slow the car down so quickly, and maximise the car in breaking zones.” Some internet goers have already written Johnson off as a back marker come the season opener, but this remains to be seen.

Testing results mean very little in terms of car speed in the coming season, as teams simply want to work out the kinks in the car and see what needs to be changed. Teams are not running race setups at a preseason test, and Johnson’s times should not be indicative of his pace during the season.

The IndyCar season will open at Barber Motorsports Park on April 11th, and it will be interesting to see how Johnson will perform in his first season in IndyCar.

Teams will no doubt be doing several more testing sessions between now and April 11th at various circuits around the US. With many different storylines developing, this season may prove to be an interesting one.

One Response to “Our First Racing Story”