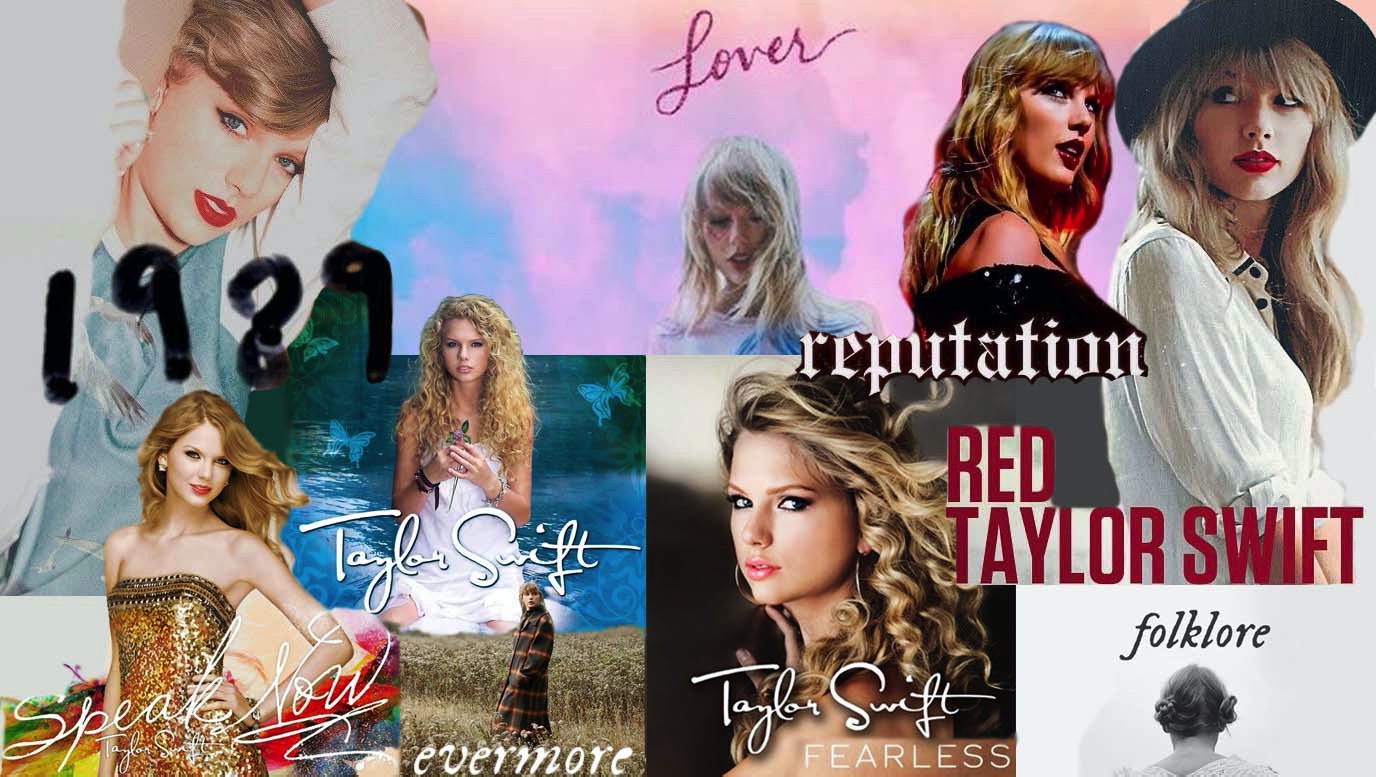 A Swift Story: Taylor Swift Throughout the Years

Taylor Swift has been in the music industry for fifteen years, and in that time, she has released nine albums. Many say that Swift made the music industry, as her songs dominated the charts as soon as they were released. Of course, Swift has had her fair share of struggles throughout the years as well.

Taylor Swift began her music career at a very young age. Her first single, Tim McGraw was released in 2006 when she was 16. In the same year, she signed a deal with Big Machine label company.

She released her first album, Taylor Swift, at the tender age of sixteen, while she was still in high school. People instantly fell in love with her voice and her songs. Swift went on to win the Horizon Award for the best new artist on the country music scene. Since then, Swift has released eight more albums, Fearless, Speak Now, Red, 1989, reputation, Lover, folklore, and evermore respectively.

Swift was originally from Pennsylvania, but her country roots stem from Tennessee where she moved at the age of 13. Famed originally for her country music, Swift’s style developed and evolved into something new. Starting in her fourth album, Red, and continuing much more into 1989, Swift dropped her accent and transition into pop.

Swift is known as a leader of pop music, but the differences between her albums considered pop are drastic. Within the past year, Swift’s music style changed again. She is currently in her alternative/independent phase, though fans do not know how long it will last.

As Swift continued to grow in popularity, her contract with Big Machine Records expired, and she went on to produce new albums on her own. During the time she has been apart from Big Machine, it was bought by a famous manager, Scooter Braun, handing him the rights to her first six albums.

Over the past few years, there has been a constant back and forth between Swift and Braun regarding the ownership and rights to her music. Despite this ongoing feud, she began rerecording and rereleasing albums. Fearless (Taylor’s Version), will be released April 9th, 2021, and a few never heard before songs “from the vault” will be included. In these new re-releases, fans caught a few changes that hint at a secret marriage between Swift and her current boyfriend Joe Alwyn.

Speaking of which, Swift is known for having quite a few relationships over the years and often takes inspiration from these experiences. Swift also writes about her relationships with other women, for example, her song “Bad Blood” is suspected to be about her feud with Katy Perry, and her song “Look What You Made Me Do” is about Kanye West, Kim Kardashian, and again, Katy Perry’s poor treatment of her.

Swift has also collaborated with several famous singers, including Ed Sheeran in her song “Everything Has Changed,” Kendrick Lamar during “Bad Blood,” and even Tim McGraw and Keith Urban in the song “Highway Don’t Care.” Not only does she write music just for the thrill of songwriting, but she has also recorded a few songs for movies including “Today Was a Fairytale” for Valentine’s Day, “Eyes Open” for The Hunger Games: Catching Fire, and “I Don’t Wanna Live Forever” for Fifty Shades Darker.

Last year, Swift released two new albums five months apart. Fans were surprised as there had been no announcement prior to folklore’s release. These two new albums were an entirely new genre to Swift, but her fans loved them just as much as her earlier works. Folklore, released on July 24, 2020, while evermore released on December 11. Folklore even went on to win Album of the Year at the 2021 Grammy’s.

Though some people may not like Taylor Swift, her talent speaks for itself as she has won various awards. She has also won ten Grammys for best song, album, music video, and visuals on multiple occasions. In addition to awards, Taylor has amassed a very extensive fanbase. She currently has 145 million followers on Instagram and has had the number one album on Spotify multiple times.

Swift’s career is still ongoing and will most likely continue being as successful in the future. Over the years, she has switched genres twice, dealt with a lock over her music, taken the shade thrown by other artists and more. Swift has made quite the mark on the music industry and has proven that anyone, even young girls from the Midwest, can become a superstar.

2 Responses to “A Swift Story: Taylor Swift Throughout the Years”