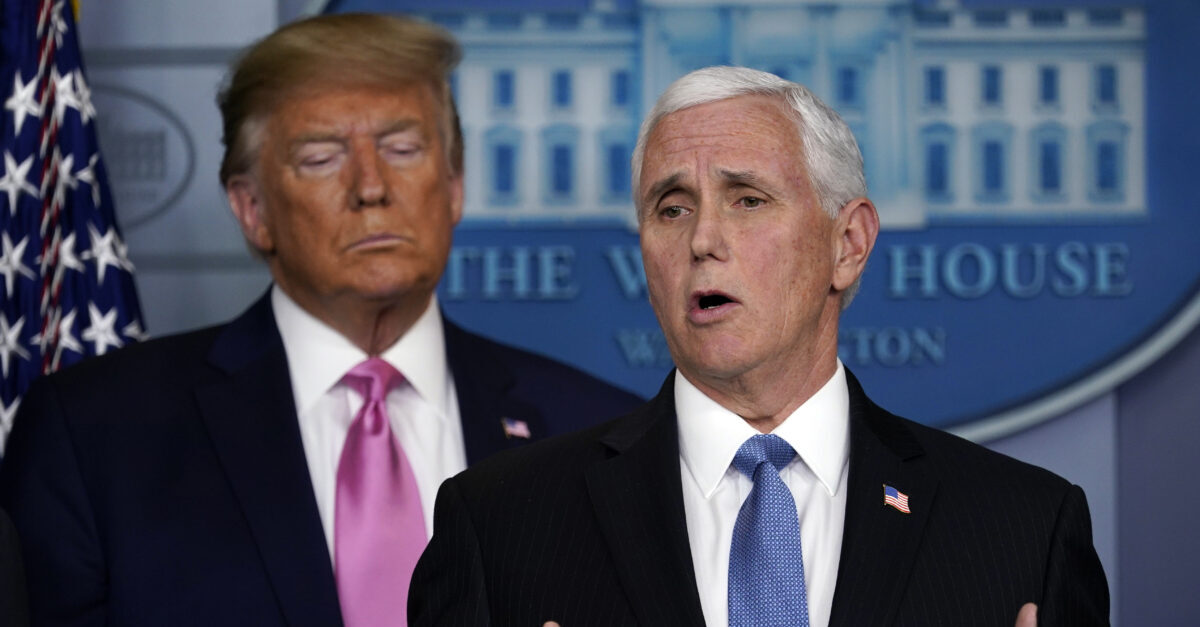 Vice President Mike Pence speaks as President Donald Trump listens during a news conference about the coronavirus in the Brady Press Briefing Room of the White House, Wednesday, Feb. 26, 2020, in Washington.

Trump claimed that he and Pence lost to Biden and Vice President-Elect Kamala Harris because of electoral ballot fraud. Trump pleaded to Pence at the rally, saying, “Mike Pence, I hope you’re gonna stand up for the good of our Constitution and for the good of our country, and, if you’re not, I’m going to be very disappointed in you, I will tell you right now.”

However, Pence believes that it is against the American people’s rights for him to make such a decision, writing, “The Presidency belongs to the American people and to them alone,” in his three-page letter addressed to the members of Congress. Pence also believes that it is against the Constitution for him to claim “unilateral authority to determine which electoral votes should be counted and which should not.”

Trump Tweeted and said that “Mike Pence didn’t have the courage to do what should have been done to protect our country and our Constitution, giving States a chance to certify a correct set of facts, not the fraudulent or inaccurate ones which they were asked to previously certify.” However, GOP lawmakers are still trying to object to the election results, but their efforts will most likely only delay confirmation of the election, not block it.