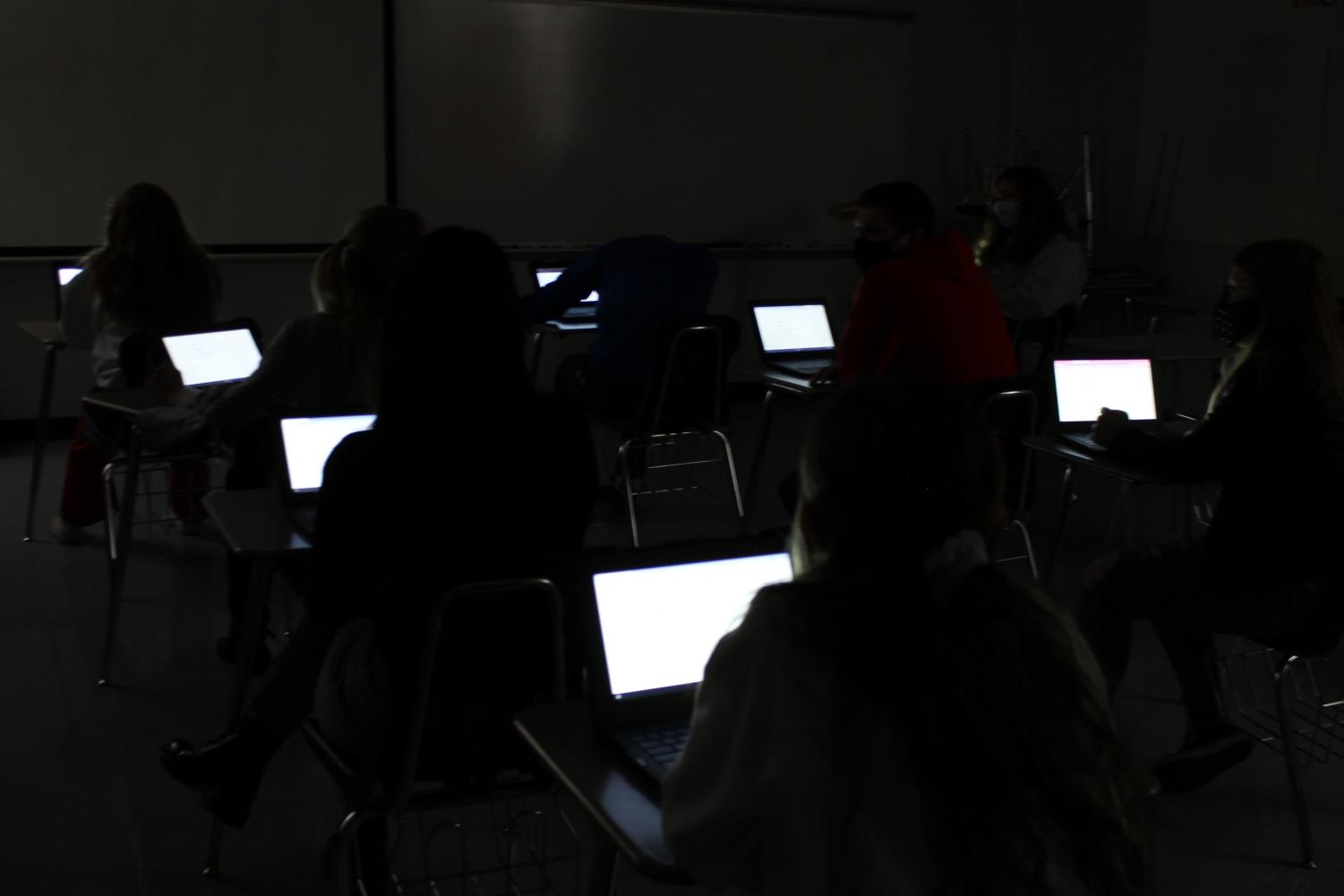 Students sit in the dark waiting for the lights to come back on and the WiFi to reconnect. (Alex Clark)

Students sit in the dark waiting for the lights to come back on and the WiFi to reconnect.

On Monday, February 8th, MHS was suddenly plunged into darkness. Little did the staff and students know, we were not the only ones affected. Roughly 1300 residents in downtown Martinsville also dealt with the power outage. While sitting in the dark, students wondered “what was the cause?”

The fire chief for the City of Martinsville, Kevin Greene, gave us some insight into the situation An employee from Duke Energy told Greene that the office in Plainfield had a computer glitch that caused the outage. Duke Energy also informed Greene that they were going to try to restore power by 5:15 that evening, but managed to get it turned back on at about 1:30 that afternoon.

According to Greene, there also was a fire at one of the houses on Morgan Street that caused more power outages later that afternoon. At 2:44 p.m., the fire department received a call that there was smoke coming from a home in the 900 block of E Morgan St.

Two separate incidents, a computer glitch, and the fire, both caused small losses of power around Martinsville and in other towns within two hours of each other. Remember when things like this happen, there is always more to the story than meets the eye.