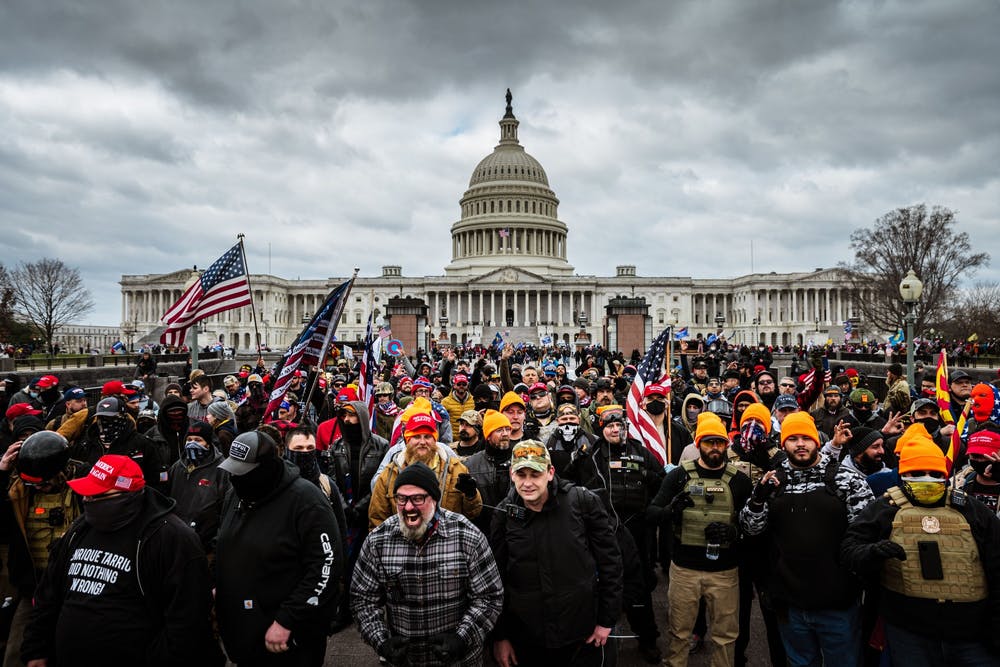 Over the past several months, riots of different races and sizes have occurred all over the U.S. for many different reasons. Two of the most controversial riots have been a result of the Black Lives Matter protests and the Trump rally that occurred on January 6.

The BLM protests began after George Floyd, a black man, was killed by a Minneapolis police officer who kneeled on his neck for several minutes, cutting off his air flow. Several hundred protests ensued, some of them being peaceful while others turned into riots. Many of the protesters themselves were peaceful; however, several protests led to an outbreak of police violence.

Many protesters were met with tear gas, rubber bullets, and handcuffs. Police were often notified ahead of the protests and were there when protesters showed up. Several people were killed in these riots, both by fellow citizens and police officers; thousands of protesters were arrested as well.

The Trump rally, on the other hand, took place on January 6th and was led mainly by Trump supporters. Thousands of people stormed the Capitol building because they believe Trump wrongly lost the election to Joe Biden.

Trump encouraged protestors to peacefully protest at the Capitol; however, some protesters were able to get through the security and barricades that were put in place to block the entrance to the building. Rioters had already made it inside before the National Guard came to put a stop to it.

Members of this group looted and damaged the Capitol building and offices of the senators and congressmen, resulting in the death of five people, including a police officer.

Democrats and Republicans have been very vocal about their opinions regarding the riots. Democrats believe that the capitol riot was very wrong due to the property that was damaged; however, many Democrats said the damage done in the BLM riots was justified. Republicans are the opposite, claiming the BLM riots were terrible because some of the people partaking in them looted and damaged property. Many Democrats were supportive, on the other hand, of the damage done in the Capitol because they felt it was justified.

No matter how you feel about these riots, it is clear our country is in an alarming amount of distress. We have a lot of issues that need to be dealt with before our country can come together to heal and unite.

One Response to “Comparing the Riots”