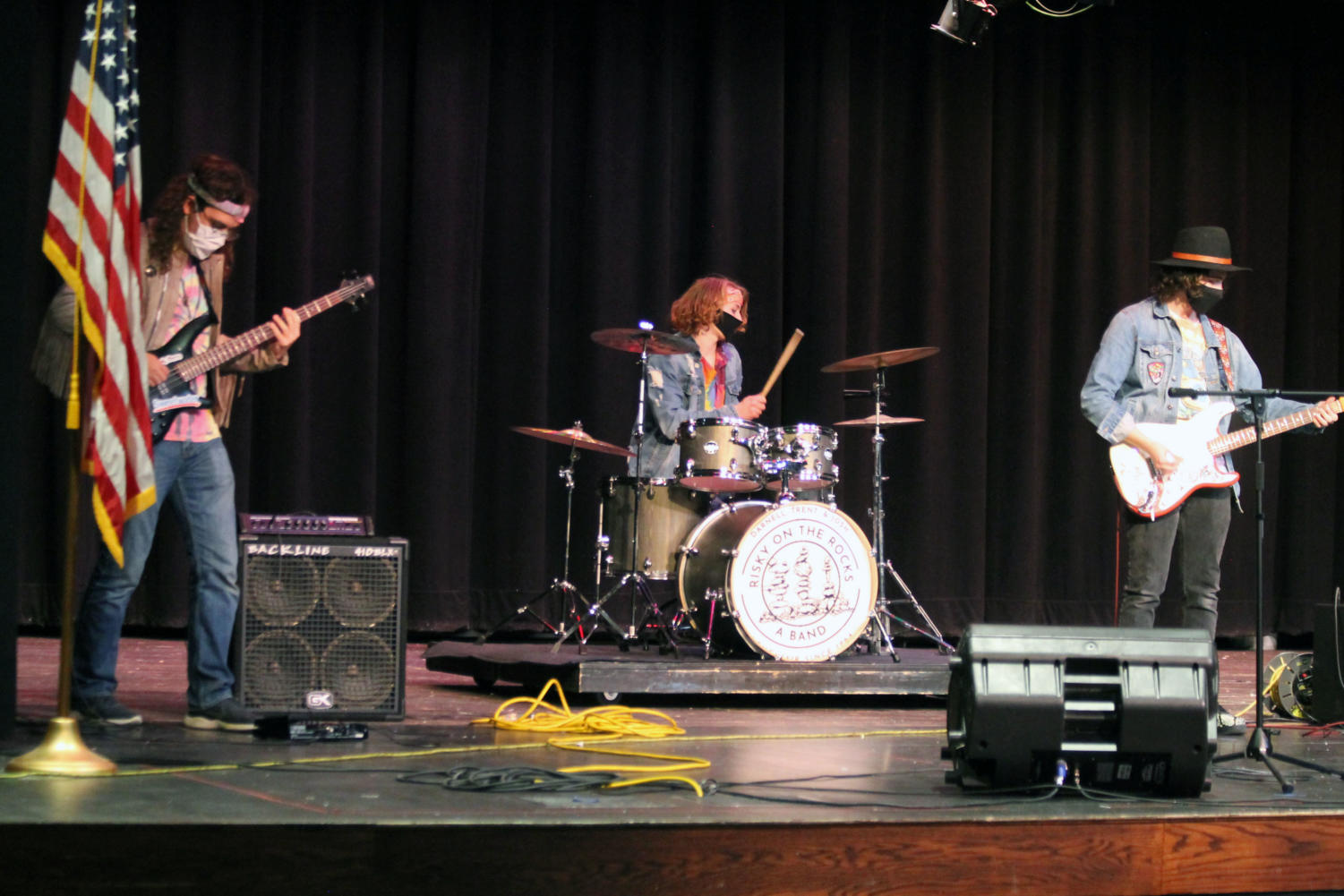 In March, many of the COVID restrictions were reduced. Upon hearing the news, the MHS student council decided to take advantage of the lifted restrictions and began planning the 2021 MHS talent show. On Thursday, April 1, 2021, after almost a month of planning, the talent show commenced.

With eight acts in total, Dr. Donna Peterson, head of the student council, was very happy with the turnout and excited to see what acts the students would bring to the stage.

The show was split into two segments, an instrumental segment, and a vocal segment.

The vocal section was composed of five acts: Maddy Collinsworth singing “Rescue” by Lauren Daigle; Ben Gaunt and Jack Reese performing “Agony” from Into the Woods; Terasa Suter singing an original song entitles “Fairytale;” Evelyn Callaway performing the English version of “Singularity” by BTS, and Ella Ratts singing “All I Want” by Kodaline.

Though the contestants had several reasons for entering themselves into the talent show, the predominant rationale was just to be able to perform and have fun.

Trent Snow of Risky on the Rocks said, “We wanted to put something out there. It was nice to be able to hang out and create something, especially in times like these.” His bandmate, Josh Goodin, added to this by saying “I’m just ready to rock and roll and get some fun going.”

Terasa Suter, who wrote and performed an original song, said that “I just wanna get the experience of being able to perform in front of a crowd, because the more you do that, the more comfortable you get with it and the better you can perform as a singer.”

As with any performance, the moments before the show started were filled with anxious, chaotic energy. After conquering a few technical difficulties, the show began with Risky on the Rocks and concluded with Ella Ratts.

While performing, the contestants felt numerous emotions. Maddy Collinsworth recalls that she “felt very nervous and was trying to think one step ahead of my notes and lyrics” while she performed, while Jack Reece states he felt, “like a movie star.”

After all eight acts had been completed, the twelve performers held their breath with anticipation and waited for the judges to pass their verdict.

Risky on the Rocks took the gold for the instrumental segment of the show. The vocal section, however, experienced a tie between Jack Reece and Benjamin Gaunt’s duet and Maddy Collinsworths’s solo act.

Despite competing with each other for first place, Dr. Peterson said that “The students did a fantastic job and the support and camaraderie backstage between the contestants was just really inspiring. I thought that they were all really professional.”

The 2021 MHS talent show was certainly a success. Fifty-seven people bought tickets and based on the applause and response, thoroughly enjoyed the show. Maddy Collinsworth sums it up well, saying that “it was very uplifting, and it was filled with talent and wonders!”