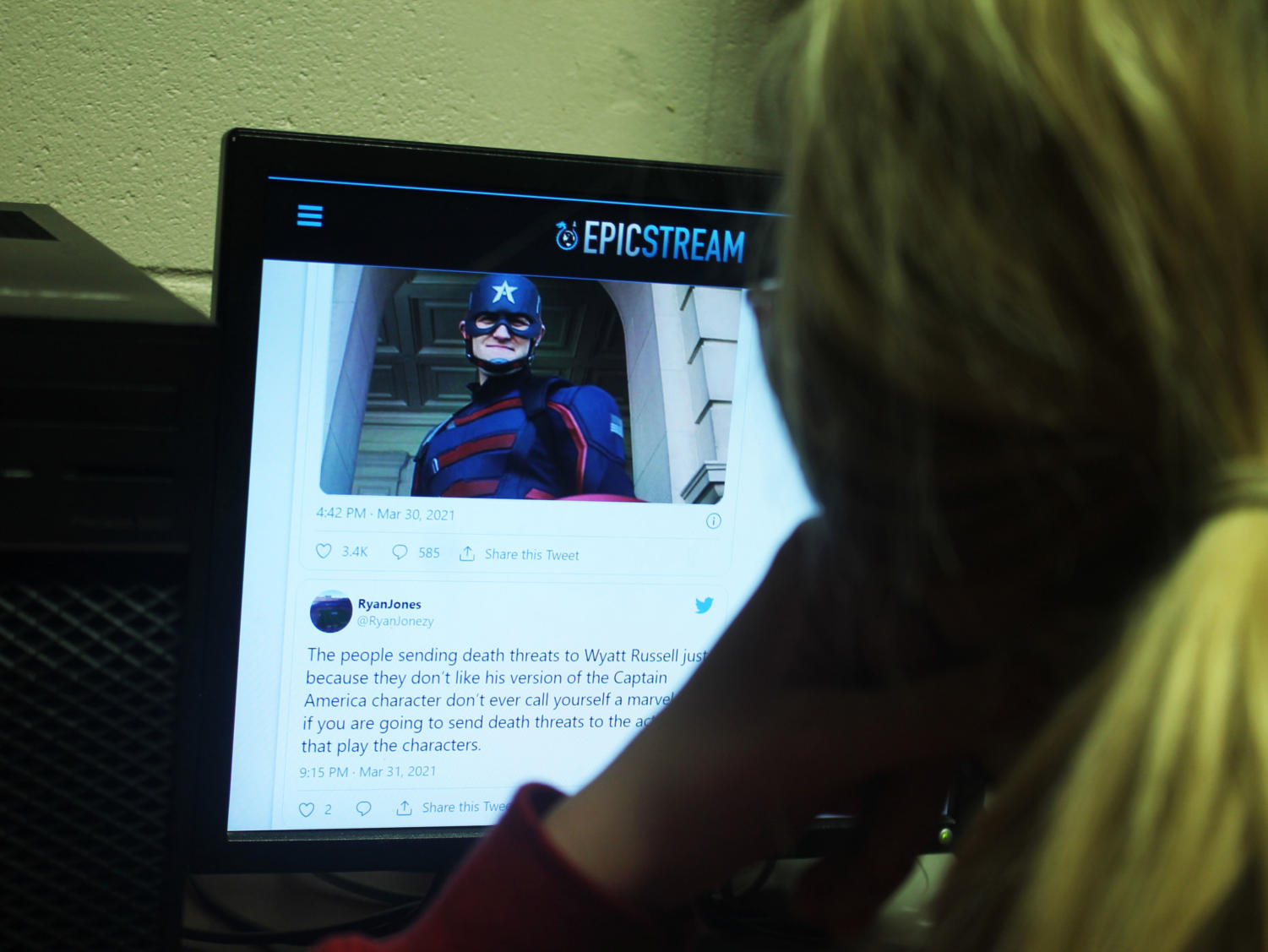 Wyatt Russell recently received a lot of hate on social media from his role of John Walker in Marvel’s new show, The Falcon and the Winter Soldier. (Alex Clark)

Wyatt Russell recently received a lot of hate on social media from his role of John Walker in Marvel’s new show, The Falcon and the Winter Soldier.

Recently, Marvel released The Falcon and the Winter Soldier on Disney+. Although fans were excited to follow Sam Wilson and Bucky Barnes on their journey following the events of Endgame, they were not expecting Captain America’s replacement at the end of the first episode. This big reveal shocked many and fans soon turned to social media to voice their opinions to express their distaste for this decision, despite him only being shown for about ten seconds.

After the release of the second episode, it was clear that John Walker was not a fan favorite. Marvel lovers mercilessly began bullying Wyatt Russell, the actor who portrayed the character on the show, and some even sent him death threats.

Another Disney actress, Kelly Marie Tran, faced extreme backlash on social media from hostile Star Wars fans who disliked her character, Rose Tico. In 2019, after Star Wars: The Last Jedi’s release, Tran ended up leaving both Instagram and Twitter due to extreme amounts of hate and even some death threats coming from so-called “fans” of the series. The effects of the bullying were so severe that Tran even had to attend several therapy sessions.

Similar to Russell’s situation, many did not receive Tran’s character well. Though a good portion of the hate can be attributed to her poorly written character, most of the hate directed at Tran came from racist and sexist fans who dislike seeing an Asian woman play a major role in the mainly male-dominated franchise.

Similar things have happened with other actors who portray characters in popular cinematic universes, such as Star Wars and Marvel. Fans often find it difficult to separate the character from the actor, which unfortunately leads to unnecessary hate and bullying of actors who are just doing their jobs.

John Walker’s character was written to be disliked, and fans responded just how Marvel planned towards the character.  If you hate John Walker, that means Wyatt Russell is acting phenomenally in his role. Unfortunately, this hatred went way too far and bled over to Russell. Tran’s character, on the other hand, wasn’t meant to be hated. Audiences simply did not receive the overall movie very well and blamed her character’s storyline for some of the issues.

The hate and cancel culture of today is very toxic, and it’s only worsened and spread by social media. People post things about celebrities and don’t think about the mental health of the actors or the consequences of their jeers. They do not stop to consider that celebrities have feelings too, and aren’t as invincible as they seem. Fandoms are allowed to hate characters, but that hatred should stay with the character and not bleed out onto undeserving actors.