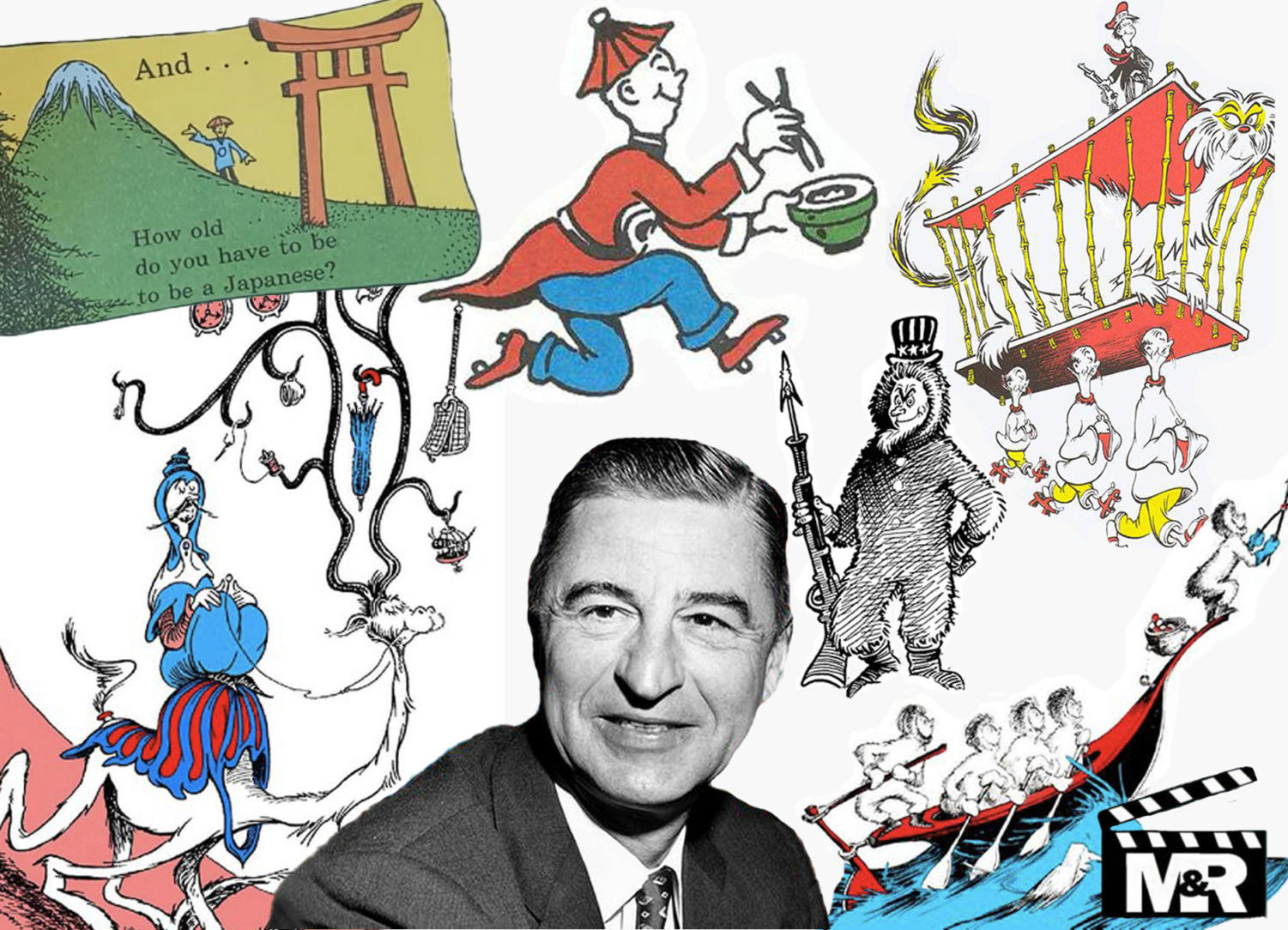 A collage of all the racist imagery found in Dr. Seuss’s books (Emma Allen)

A collage of all the racist imagery found in Dr. Seuss’s books

A Deep Dive on Dr. Seuss

Reading is an important part of every kid’s childhood. Revered child authors, such as Laura Numeroff, the author of the If you Give a Mouse a Cookie series, and Eric Carle, author of The Very Hungry Caterpillar, greatly inspired young children with their storytelling prowess. School librarians read books to children, who grow to know the names of authors and illustrators with more and more exposure. While many authors make homes in children’s hearts, none are as renowned as Dr. Seuss.

Encouraged by his parents, Suess started expressing himself through drawing from an early age and had written 66 books by the time he died in 1991. With his unique illustrations and wacky narrations, Dr. Seuss earned the title of the world’s best-selling children’s author. Unfortunately, the content of some of these beloved books has recently been under scrutiny for political incorrectness.

To the shock of all the children and adults who celebrate Read Across America Day, Seuss’s birthday, information has recently come out to show that he was not as perfect as originally believed. After 69 years as an author, six of his books have stopped printing due to subtle racist undertones:

The first book that Dr. Seuss wrote found its way onto this list for the depiction of an Asian man wearing a stereotypical conical hat and holding chopsticks.

The use of the word “Eskimo” and the portrayal of classic Inuit coats on fish “beyond Hudson Bay” created problems regarding the Natives who live in the North.

This book parodied an event that unfortunately happened in real life: displaying African American people in cages as “exotic creatures.” The book makes them out to look like monkeys or other inhumane creatures.

The portrayal of natives as savage and uncivilized, donning fur coats, and paddling in skin boats through the Arctic regions made people uncomfortable with the negative stereotypes.

The made-up alphabet shown in On Beyond Zebra briefly resembles the Arab alphabet alongside an image of a man riding a camel in traditional Arab garb.

The image of a man in a conical hat along with the line, “How old do you have to be to be a Japanese?” sparked controversy regarding this book.

The publishers of the books made the decision that the racist imagery and stereotypes were reasons to stop publishing the books. No one instigated this from the outside

Some of the racist undertones in these books are not inherently racist and could have easily been attributed to a misinterpretation. Some ask “is ceasing the publication of these books blowing the situation out of proportion?”

Despite the recent printing cancelation, Dr. Seuss’s books are as popular as ever and even saw a spike in sales immediately after the ordeal.

Alongside these books, he also created some not-so-subtle racist political comics during the WWII era targeting Japanese soldiers.

Kindergarten teacher at Charles L. Smith Fine Arts Academy, Stephanie Wessler, gives her input on Dr. Seuss’s banned books and their impact on children, saying “Children innocently love each other naturally… they wouldn’t see racism if it’s subtle.” Ms. Wessler associates these books with her childhood and even has a few of them memorized. She concluded by stating that “even since all of this news came out, I still can’t see the racism.”

Despite these few racist incidents, Dr. Seuss has also written books to inspire inclusivity and understanding, such as Horton Hears a Who and The Sneetches and Other Stories. He even wrote The Lorax, a book about the conservations of trees.

Other classic stories such as The Cat and the Hat, Green Eggs and Ham, and One Fish, Two Fish, Red Fish, Blue Fish, have found their way into almost every household across America. Dr. Seuss certainly has made his mark on all those who have loved his stories over the years.