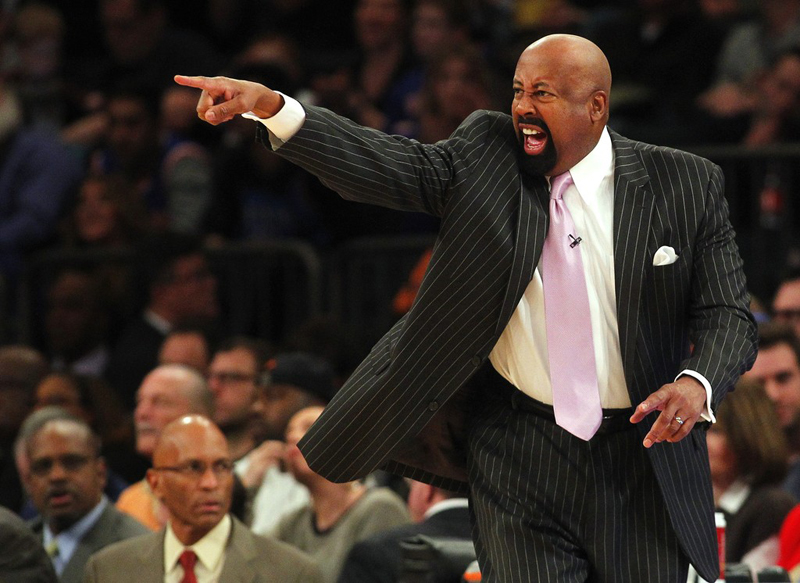 Will Mike Woodson deliver as the new coach of the Hoosiers?

Will Mike Woodson deliver as the new coach of the Hoosiers?

When Archie Miller was finally released from the IU Men’s Basketball program, many Hoosier fans began to wonder who the next coach of their favorite team would be. Considering the amount of success the team has seen in the past — including five national championships — it is safe to say that fans and alumni alike were eager to find out who would be taking over this historic program. On March 28th, Mike Woodson was unveiled as the new coach on a deal that will keep him in Bloomington for six years.

Woodson played at IU under legendary coach Bobby Knight from 1976-1980 before going on to have an eleven-year career in the NBA. After his playing career was over, he went on to be an assistant and head coach for multiple teams throughout the NBA.

Critics of IU hiring Woodson point to the fact that he has never coached at the college level, and, therefore, has not proven that he is a better collegiate coach than Miller. They also point out that since he is used to the NBA and coaching professionals, there is a chance that he won’t be able to relate to college students. These points, however, can be overturned by his track record up to this point, both professionally and at the college level.

Professionally, Woodson has successfully been able to coach some of the best players in the world. Whether it was Carmelo Anthony and the New York Knicks or Josh Smith and the Atlanta Hawks, he led his teams to success.

Since he’s been named as the head coach of the Hoosiers, Woodson has done nothing but prove doubters wrong.

After his first interview as the coach of the Hoosiers, Woodson got to work on convincing the IU players that had entered their name into the transfer portal to come back to the team. So far, he has convinced Khristian Lander, Jordan Geronimo, Parker Stewart, and Race Thompson to come back. Additionally, he was also able to convince sophomore star Trayce Jackson-Davis to come back for his junior season instead of declaring for the NBA draft.

After brief conversations with Woodson, 2021 signee Logan Duncomb and 2022 commit CJ Gunn both also stated that they will remain committed to IU.

Not only has Woodson been able to convince these players to remain committed to the program, but he has also landed the commitment of Pittsburgh transfer Xavier Johnson. Johnson is a speedy guard who can shoot the three, which is something IU has lacked in previous years. Woodson has also hired former Hoosier Dan Fife to come back as an assistant coach.

If the first couple weeks of Woodson’s coaching tenure in Bloomington are any indication of what is to come, it can only be assumed that Hoosier Hysteria may be alive once more.