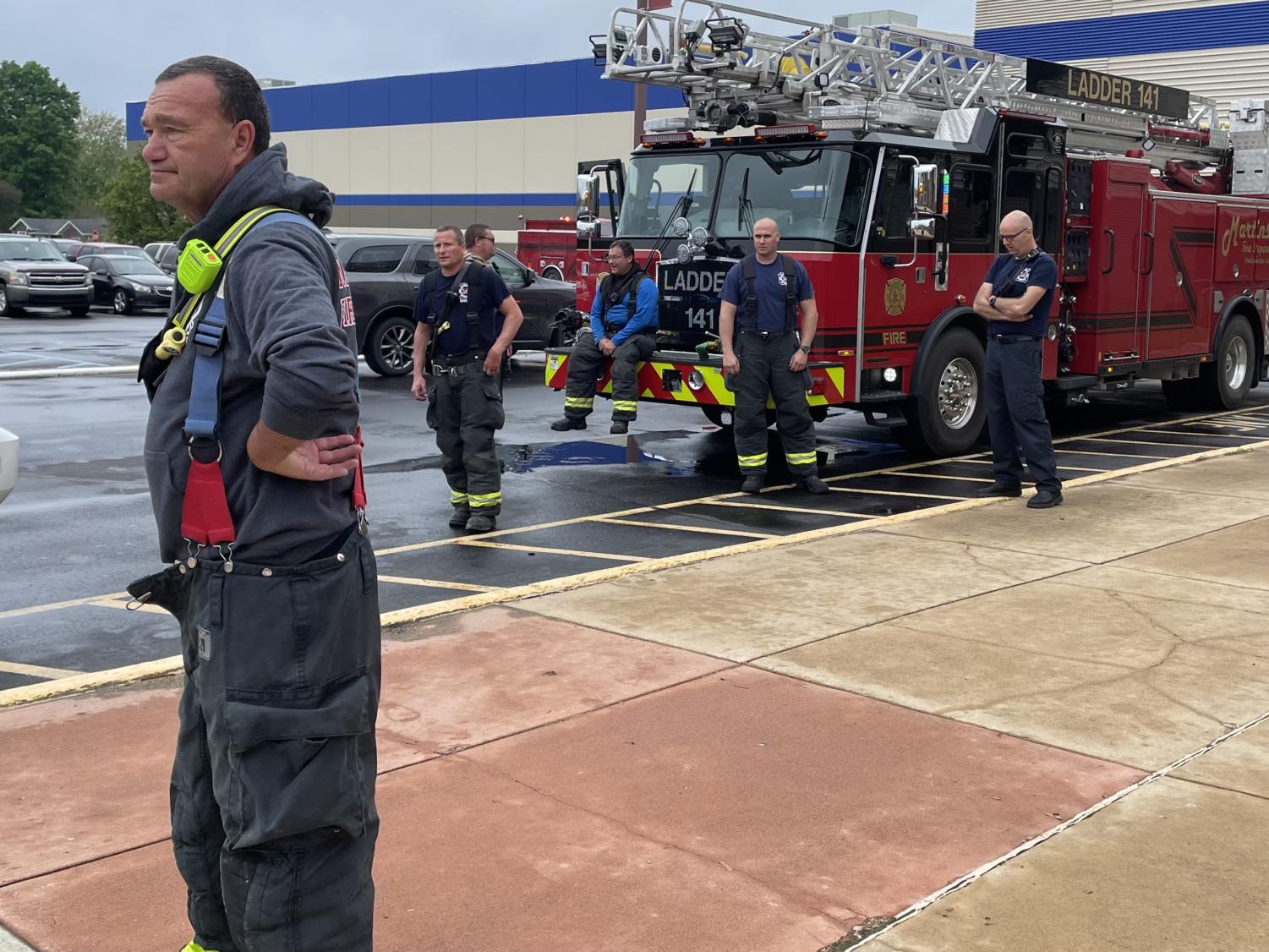 Fire fighters standing outside of MHS after investigating the source of the smoke. (Laura Coffey)

Fire fighters standing outside of MHS after investigating the source of the smoke.

This is Not a Drill: Fire at MHS

At 10:58 a.m. on Monday, May 3, 2021, the fire alarm went off at Martinsville High School. Assuming that the alarm was just another monthly fire drill, students calmly and promptly exited the building in a quick and efficient manner, but, as Mrs. Jennifer Cheatham pointed out, “You never know when it’s real.” As students left the building, some rumors began to spread that this might not be just a drill.

These rumors were quickly confirmed at 11:07 a.m. when the first police car arrived at the high school followed closely behind by fire trucks. Firefighters rushed into the building and remained there for around thirty minutes. They used ventilation fans to clear the smoke and scanned each room for toxic chemicals to ensure that the school was completely safe before students reentered. By the time it was safe to go back inside at approximately 11:40 a.m., most already knew what had happened.

While demonstrating a lab titled “The Oxidation of Zinc: Fire and Smoke” Mr. Rick Armstrong inadvertently scaled up the reactants, resulting in a large amount of smoke and, consequently, the activation of the fire alarms. There was less fire than the experiment usually produces, but, “it generated a lot more smoke than [Armstrong] was expecting.”

Armstrong has learned from this experience and plans to do the demonstration in the fume hood in the future.

Once they were inside, students went to fourth period and continued the rest of the day like normal, but the situation gave cause for many teachers to reflect on all the ways things could have gone wrong, grateful for the preparedness of their fellow staff and students.

Mr. Tim Dearlove said this about the situation: “I think we had a good plan on getting out. I think that emergency services got here in a timely manner and I feel like we were well prepared for this situation.”

Mrs. Kenna Kleingarter shared these sentiments, saying “I’m thankful for all the drills that we do because we all got out in a very timely manner. It makes me appreciate all the practice that we get.”

When Fire Chief Kevin Greene arrived at the scene, he reported that “it was just hazy down in the science wing” and that, “the best part of it was that all the students and faculty and staff did what they were supposed to do–they exited the building and made our jobs a lot easier so we could concentrate on getting done what we had to get done.”

Due to speed and monthly practices, MHS handled the impromptu parking lot field trip almost perfectly. All the students and staff knew exactly what to do in the situation and will hopefully handle it just as efficiently if anything similar ever happens again.