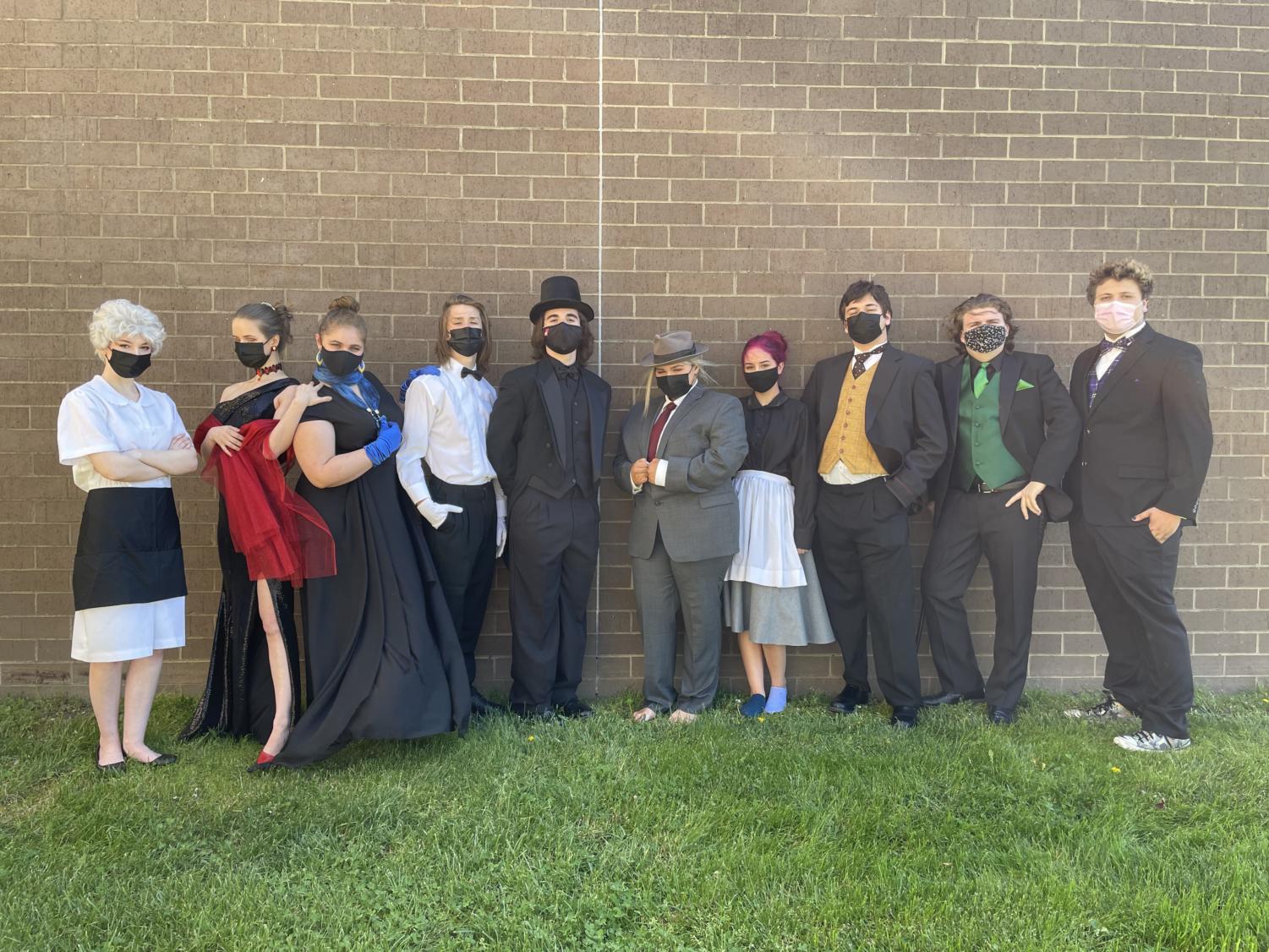 Cast of Clue posing in their costumes. (Laura Coffey)

Cast of Clue posing in their costumes.

Mr. Boddy has been murdered! As with every murder, there are three essential questions that must be answered: Who, where, and how? With six possible suspects, six rooms, and six weapons, there are 216 possible endings to this suspenseful story! Come help the Detective solve it in the MHS auditorium on Friday, May 7, Saturday, May 8 at 7:00 pm, and 3:00 pm on Sunday, May 9.

Mr. Armstrong, the head of the theatre department and director of the musical, and Mr. Yount, the vocal director, chose this play for its small cast, and with six suspects, one body, one detective, and two swings, this show most definitely qualifies. The cast of this musical may be small due to COVID, but their combined talent is phenomenal. Armstrong also picked this show because, “It’s a fun show, it’s goofy and crazy and silly, and I am looking forward to seeing how the audience responds to it.”

Mr. Boddy is portrayed by junior Jack Reece and the Detective by junior Ella Ratts. The two swings are being performed by freshmen Benjamin Gaunt and Elizabeth Summers.

Each character has a very dramatic, unique personality that the actors worked very hard to capture and put into place onstage. Everyone really loves working with one another to bring their characters to life and just have a ball with one another. The camaraderie between all of the actors on stage is palpable and can be felt by the entire audience. Junior Kay Littell said, “My favorite thing by far is just being able to hang out with all the people in it. They’re all so great.”

If you’re still not convinced, perhaps Shelby Yount can sway your opinion. Her reasoning is that, “you are supporting an arts program in a place where there are so many talented musicians and people who deserve and need your support and I promise, at the very least, you’ll come out and you’ll be entertained for the night.”

The cast and crew have worked very hard to bring this production to the stage and would love your support. Please come witness the murder, mystery, and mayhem out on May 7, 8, and 9 in the Martinsville auditorium. You can buy tickets at mhsaud.booktix.com.