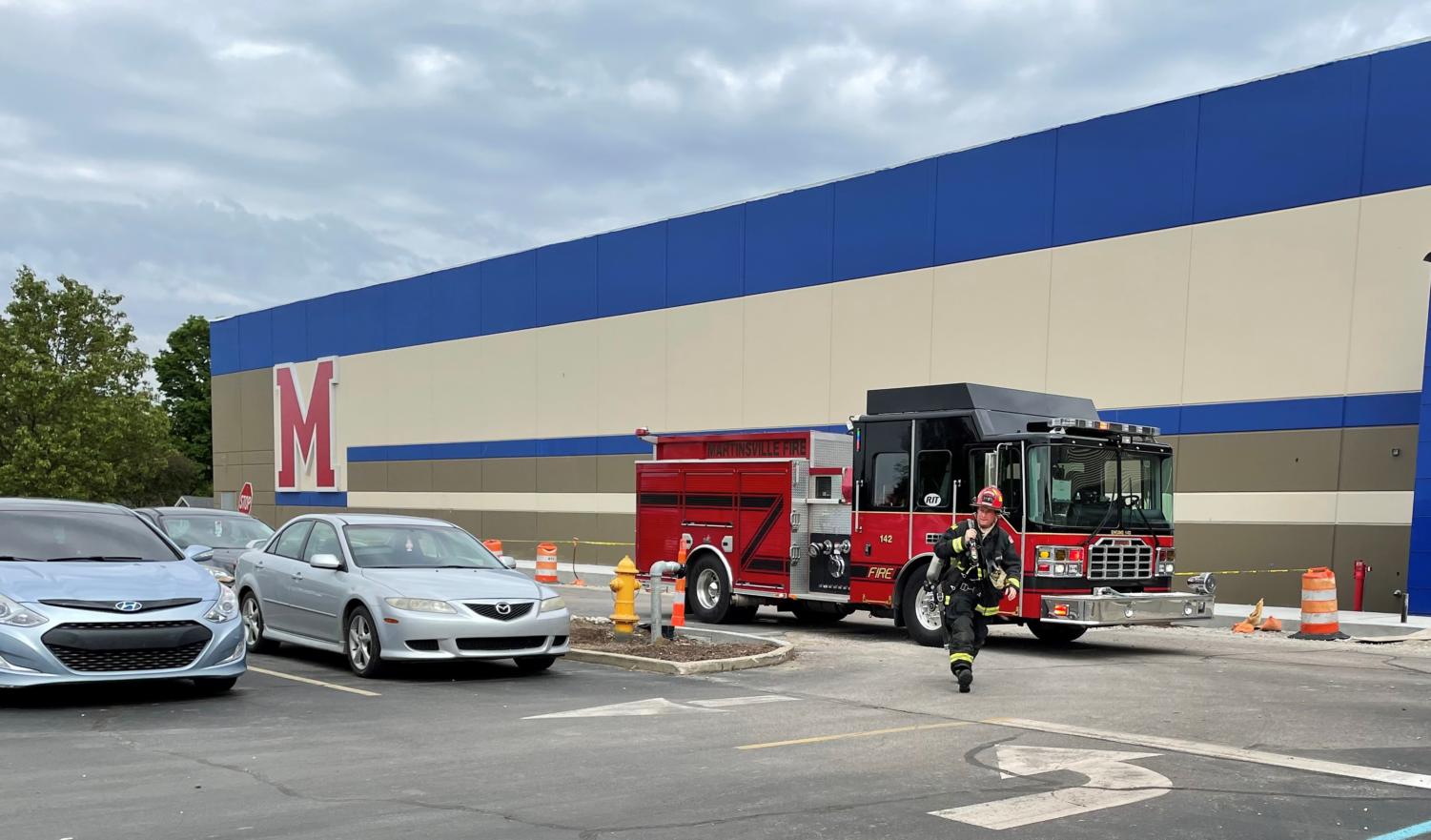 A fireman respond to the second fire alarm this week at Martinsville High School. (Laura Coffey)

A fireman respond to the second fire alarm this week at Martinsville High School.

Mr. Armstrong Did it Again: Second Fire Alarm This Week

Mr. Armstrong did it again! Today, at 11:00 on Thursday, May 6, 2021, Mr. Rick Armstrong accidentally set off the fire alarm for the second time this week.

He explains that like the previous time, he had done the experiment without any problems during first and third period. Fourth period, however, turned out differently. Armstrong reports that this time students were igniting Smarties, when they accidentally produced more smoke than originally planned.

Armstrong says that he’s “done this lab for years in [his] previous laboratories without ever having any issues” and does not know for sure why suddenly they are going awry. He suspects that the issues were caused by the new science labs and believes that the “fire detectors may be more sensitive in this area than they used to be.” However, that is only his suspicion and has not been confirmed.

Armstrong’s other theory attributes the issue to the lack of time for ventilation between third and fourth period. He says that, “between first and third period, my room sets empty because it’s my prep period, so my room has enough time to vent all the leftover smoke, but between the end of third period and the beginning of fourth period, there’s not enough time to actually vent everything. It doesn’t have enough time to circulate the air.”

Luckily, this was another harmless accident, and according to fireman Charlie Fraker, “There were no injuries, the smoke and gasses from the experiment were vented outside by fire department personnel.”

The monthly fire drill for May was originally planned for this Friday, and the staff and students are all hoping that we have proved that we can handle an emergency well. Mr. Carl Wagner said, “I think we’ve shown that Martinsville students are now expert at fire drills.”

Everyone in the school is wondering if we will still have a fire drill in May, or if Armstrong, the man of fire himself, will strike again.