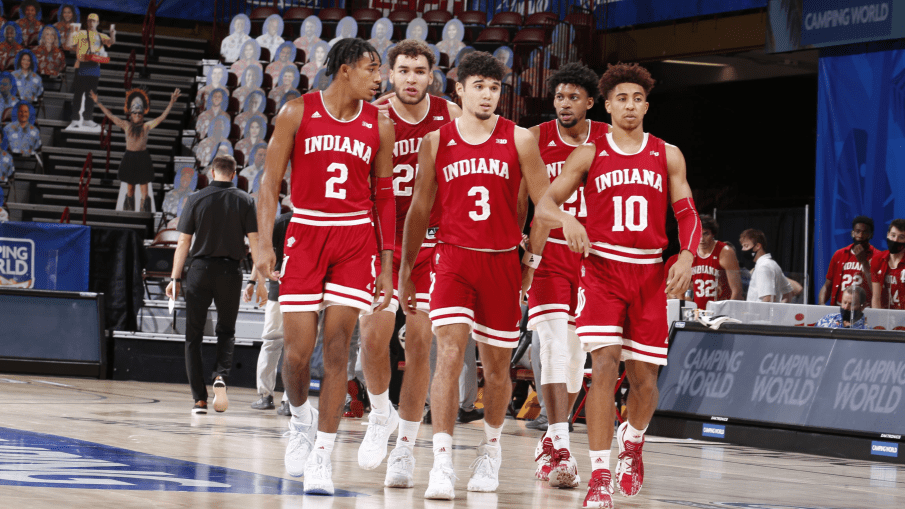 IU is ready for some changes

IU is ready for some changes

Over a month ago, when Mike Woodson was hired, many people jumped at the opportunity to find the flaws in the decision. Many believed that Woodson, who is 63 years old, would not be able to make the change from the professional to the college game. Ever since, Woodson has proved those doubters wrong and has kept his foot on the gas pedal in terms of getting players to buy into the program.

Woodson started his IU coaching tenure by convincing sophomore star Trayce Jackson-Davis to return to the program when it was believed that he would enter the draft.

Then, Woodson convinced four of the six players who had entered their name into the transfer portal to come back to the team. Those four players, Jordan Geronimo, Khristian Lander, Race Thompson, and Parker Stewart, are going to be key contributors for the Hoosiers in years to come. Woodson also spoke with 2021 signee Logan Duncomb and 2022 commit CJ Gunn. After their conversations, Duncomb and Gunn both remained committed to the Hoosiers.

After bringing back the players who were already on the team, Woodson got straight to work on securing new talent and coaching.

Xavier Johnson transferred to IU from Pittsburgh. He is a 6’3” speedy guard who can blow by defenders and shoot the three. Both of these are qualities that the Hoosiers have lacked in recent years. Miller Kopp transferred to IU from Northwestern, a rival Big Ten school. Kopp is a 6’7″ combo-forward who can also shoot the three and beat defenders off the dribble. Both Kopp and Johnson will have a good shot to start for the Hoosiers on opening night.

Tamar Bates was one of the top remaining uncommitted prospects in the class of 2021. Bates was originally committed to Texas, but when the Longhorns’ head coach, Shaka Smart, left for Marquette, he reopened his recruitment. Woodson and his new staff were quick to strike and were able to convince Bates to come to Bloomington.

Bates is a 6’4” combo-guard with an impressive wingspan that allows him to defend other guards with ease. In addition, his fluidity and attitude on the court reflect how he often steps up as a leader.

One thing that links all three of these incoming players is that they fit the scheme that Mike Woodson wants to run on offense.

Last season, IU ran an offense that emphasized slowing the ball down, running sets, and getting looks at the rim. Woodson wants to flip this notion on its head. He intends to implement a 4-out, 1-in offense that emphasizes players getting up and down the court quickly, making decisive passes, and shooting the three. Johnson, Kopp, and Bates all fit this exact skillset.

For coaching, Woodson brought back former Hoosier Dan Fife and brought in Yasir Rosemond. Fife gives Woodson a recruiting edge in the midwest while Rosemond will keep IU in the running for prospects all around the country. The Hoosiers are already involved with many of the top 2022 prospects, including Jalen Washington, Kyle Filipowski, A.J. Casey, and Alex Karaban.

With Hoosier fans who have been starved of an NCAA Tournament appearance, IU needed to nail this hire, and so far, it looks like they more than delivered.