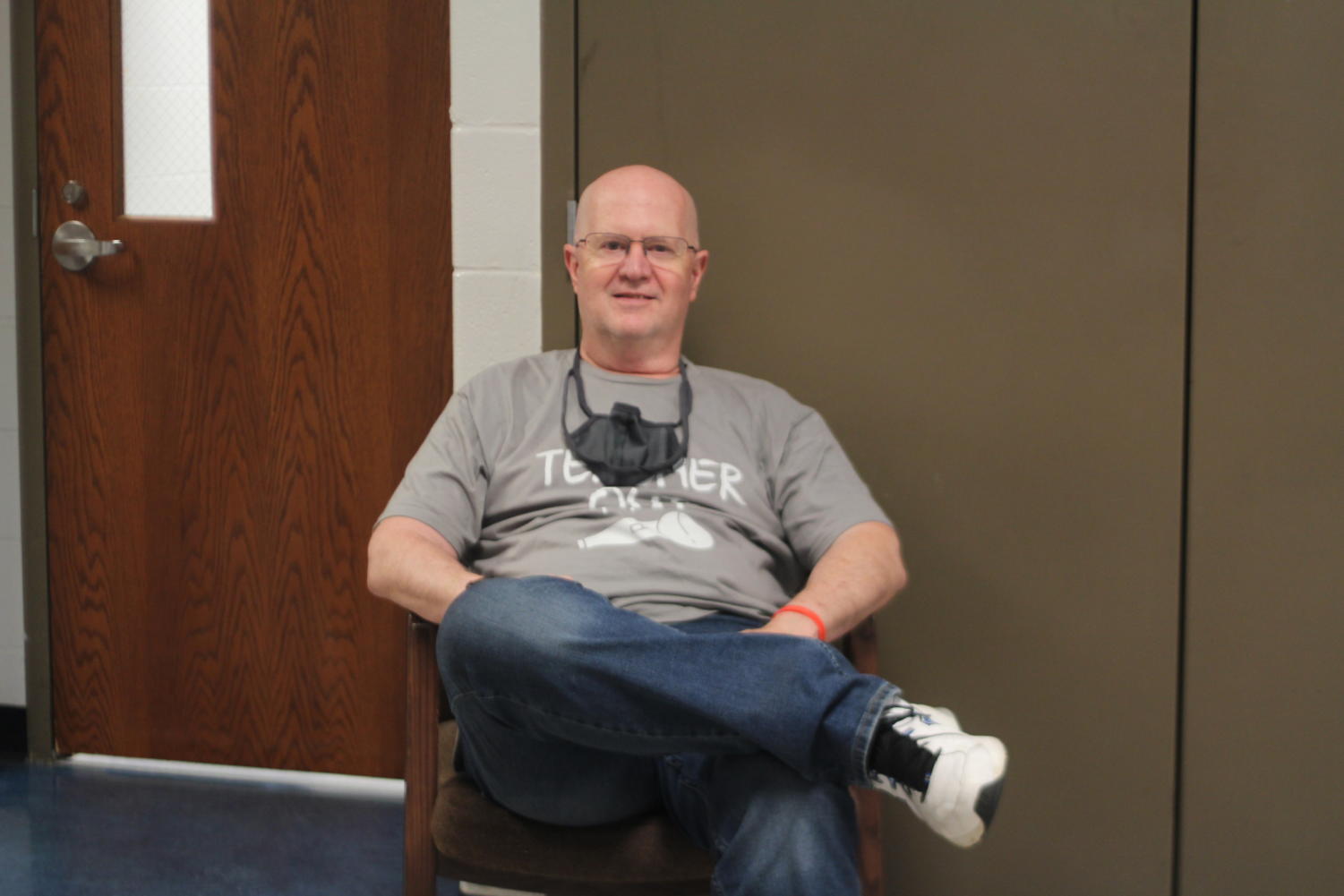 Mr. Lund lounges in the hallway on the last day of school. (Emma Gonzales)

Mr. Lund lounges in the hallway on the last day of school.

After thirty-five years at MHS, Mr. Eric Lund is, unfortunately, retiring this year. With thousands of students taught, Mr. Lund certainly has many stories and experiences to share.

Born in Chelsea, Massachusetts at the Chelsea Naval Hospital on September 23, 1956, Eric James Lund became the second child to Allen Lund and Mary Campbell. He has two sisters, one ten years older and one fifteen months younger.

Lund went to elementary school, junior high, and high school in Massachusetts before moving to La Cross, Wisconsin for college. Attracted to the University of Wisconsin by its music organization, Lund began his journey of becoming a teacher. While at college, Lund originally intended to pursue a career in computer science but decided to go down the math route instead, saying that “he just kinda fell into it.”

Many find it hard to believe that teaching was not Mr. Lund’s first career choice, but he even went as far as to say that “If I knew back then, when I was in college, what I understand now about statistics, I wouldn’t have gone into teaching. Statistics is just fascinating, so fascinating.”

Before becoming a teacher at MHS, Lund was a member of the La Crosse Blue Stars drum and bugle corps where he marched lead baritone. After aging out of the Blue Stars, he drove the semi-trucks cross country for the Phantom Regiment, where he ended up meeting his future wife, or “Sweetie,” Lori Fude, who was on staff as a seamstress for uniform repair. The two then moved to Indiana as an opportunity to be involved with drum corps along with beginning to teach at MHS.

While he was teaching at Martinsville High School, he also was the equipment manager for the Star of Bloomington drum corps until the end of the program.

Following his drum corps days, Lund joined a company called Blast where they took the show to London, came back, and performed on Broadway, resulting in the company winning a Tony and an Emmy.

While at MHS, Lund has built up quite the reputation for being the fun, energetic teacher with the Boston accent. Those who have had him as a teacher described him as an understanding, passionate teacher with an undeniable love for statistics.

Over the years, Lund has decorated his room full of fun statistics-related artwork and inspirational posters. Room 211 has become synonymous with learning, laughter, and just fun times overall. Lund’s favorite thing about being a teacher is Room 211, saying that “Magical things happen in Room 211.”

Although he does not technically have any children of his own, Mr. Lund has developed quite an impressive collection of golden retrievers. Cameo (age 9), Hawkeye (age 7), and Tango (age 2) are nicknamed “The Apple Dumpling Gang” and are all named after different types of apples.

After retirement, Lund plans to go to “pack up the house, pack up the goldens, and move down to Ocala, Florida.” Not only is Florida considerably warmer than Indiana, but the state also has fewer taxes for retirees due to the tourism from Disney World.

Throughout his teaching career, Lund has given wonderful advice to his students, but one thing he wants everyone to remember is, “Never settle…..reach for your passions.