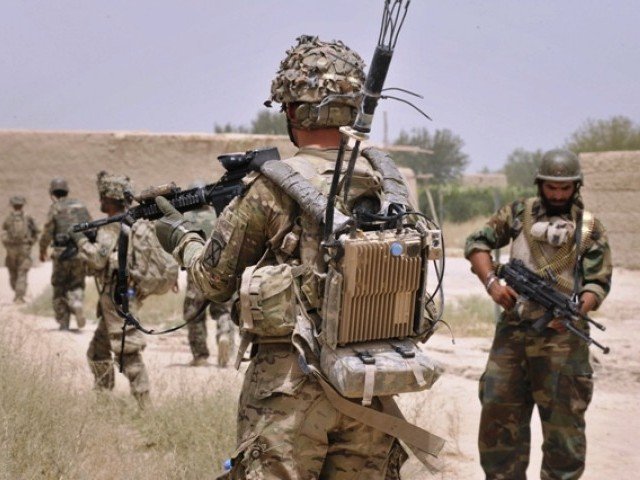 The U.S. is pulling troops out of Afghanistan

The U.S. is pulling troops out of Afghanistan

Afghanistan: Why We Went and Why We Are Leaving

Violence and chaos are breaking out in Afghanistan as the Biden administration continues its withdrawal from the region. The U.S. withdrawal marks the end of a twenty year conflict between the U.S. and the Taliban, a militant islamic organization. These tensions have put a spotlight on the history of the conflict and raised the question: Why did we invade Afghanistan in the first place?

On September 11, 2001, the U.S. suffered a devastating attack on the World Trade Center. Two planes collided with the buildings early that morning.  Many Americans watched the TV in shock, horror, and even confusion as the biggest terrorist attack on U.S. soil unfolded. Many people at that time had never seen an attack on American soil of this magnitude, raising the question of who was responsible.

News quickly broke that the terrorist organization, al-Qaeda, was behind the attack. People also learned that the leader of al-Qaeda, Osama Bin Laden, was hiding in Afghanistan under the protection of the Taliban. Because of this discovery, the U.S. invaded Afghanistan on October 7, 2001, less than a month after 9/11.

The initial goal of the U.S. was to dismantle al-Qaeda and stop them from finding safety in Taliban controlled areas. To do this, the U.S. Government decided to take down Taliban control in Afghanistan. Furthermore, The U.S. feared that al-Qaeda and other terrorist organizations would take root in Afghanistan, putting the U.S. at a greater risk for more terror attacks in the future.

However, the narrative quickly shifted when the U.S. faced difficulties forcing the Taliban out of the country. Then, President George W. Bush began to call for nation building in Afghanistan. The U.S. made it its prerogative to build a country with free elections and an American-backed government.

Bush believed that the war and subsequent democracy building in Afghanistan was the right path to take; however, public support started to shift as the 2000s progressed. Americans were dying without significant success in the region, and, in the election of 2008, Barack Obama was elected. President Obama was a vocal critic of the war in Afghanistan, and many hoped he would end the war. Unfortunately, the situation proved to be more difficult than expected.

The Obama administration attempted to send in more troops in order to get the others out. This plan drastically failed as violence escalated and the U.S. troop count  in Afghanistan surpassed 100,000. Even though the Obama administration was unable to entirely withdraw troops, leaving office with about 9,000 in the country, it oversaw the killing of al-Qaeda leader Osama Bin Laden.

In 2016, President Donald Trump campaigned on the promise of bringing home American troops from Afghanistan. While President Trump managed to bring home about 2,500 troops, he too was unable to completely withdraw troops by the end of his presidency. He did, however, foster a peace agreement between the Taliban and the U.S. The Taliban promised to not harbor persons that would carry out terror attacks on the U.S. while the U.S. promised to leave the region in roughly a year.

When the Biden administration took over, they promised to carry out the agreement made by the Trump administration. Although he did extend the deadline by roughly 4 months, President Biden promised that the U.S. would be completely out of Afghanistan by September 11, 2021. As it appears that the U.S. will meet that deadline, September 11, 2021, and will mark the end of the twenty-year war in Afghanistan, the longest in American history.