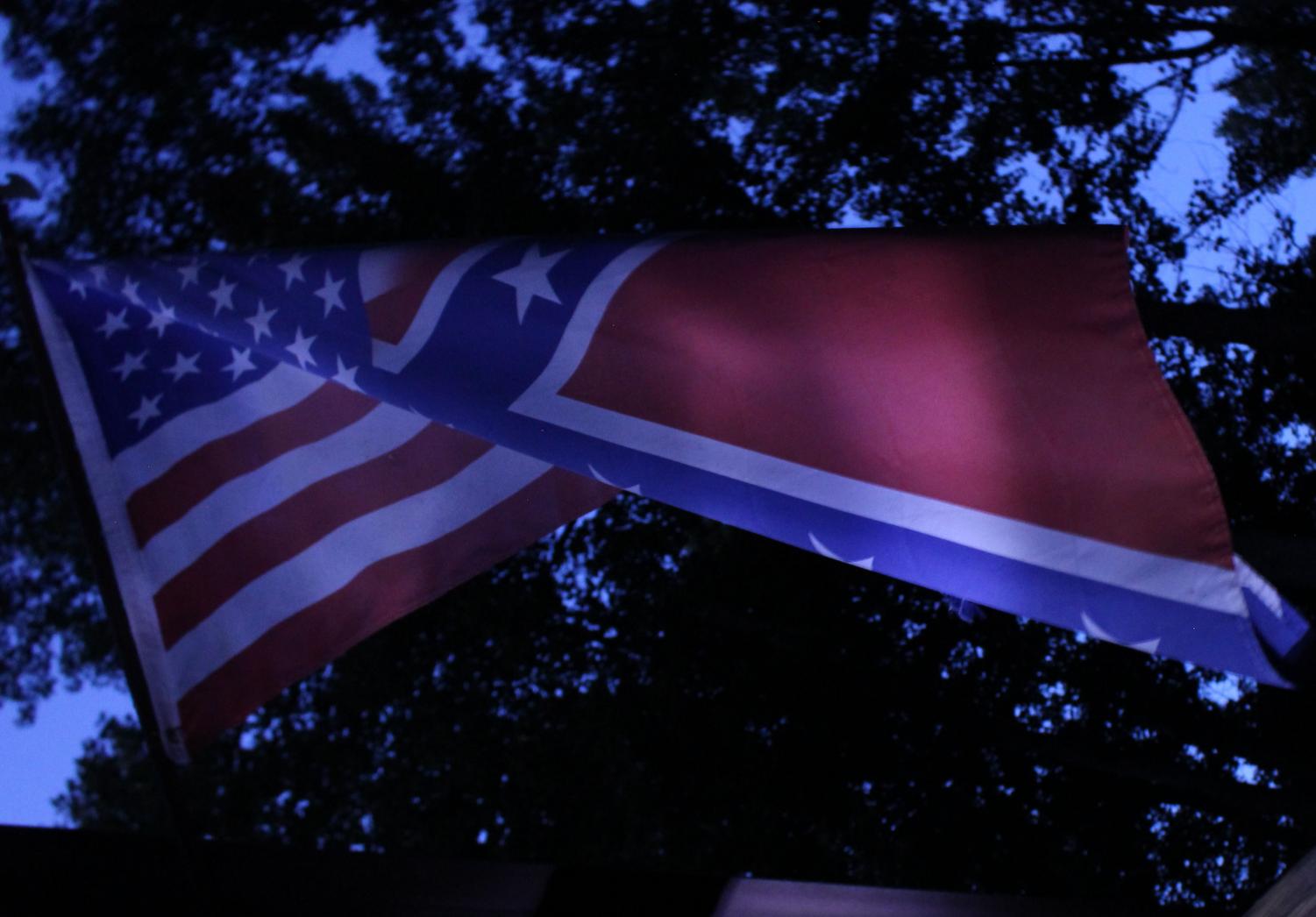 When thinking of the confederate flag, the word “controversial” is probably one of the first things to come to mind. Though most people have heard about it due to the fact that it is one of the most controversial topics in America, they are unaware of its long history.

Contrary to popular belief, the confederate flag was never an official symbol of the Confederacy. It was originally flown by rebels in the early 1860s and looked nothing like how it does today. The original version was a simple blue flag with a single star on it. It was eventually altered to have two red stripes along with one white stripe and a blue corner with 13 stars arranged in a circle in the middle. This was soon changed due to the fact that, from afar, it was almost identical to the Union Flag. The modified version, which is most likely the version you picture when you think of the confederate flag today, is a red flag with a blue X with the thirteen stars inside of it going across the center.

If it was simply a battle flag, then why is it associated with racism and white supremacy? Well, the version that is seen today was adopted by the Dixiecrats. They were a democratic party created by the Southern Democrats (before the Republican and Democrat parties flipped their platforms between the 1860s and 1936) who are most known for their racist background, including being pro-segregation and against the right for black citizens to vote. Once other groups associated with racism saw them adopt this flag, they decided to use it as well. Soon, groups such as the Ku Klux Klan began flying it to daunt and terrorize black citizens.

MHS students were interviewed on their opinions of the confederate flag. Leaning more towards the pro-flag side, an MHS student said, “I think all that it stands for is just the fact that people fight for what they believe in. A lot of people think that it’s a sign of slavery when, in all reality, the one everybody hangs on their wall is just the battle flag.” When asked whether they think it’s an important part of our history or not, they said, “Yeah, I think it’s a big part of our history of where some people came from and some of the things we’ve had in our past.”

Conversely, another MHS student states, “Well, to me, all it symbolizes is during the Civil War [when] the two sides were split, and the south was just fighting for slavery. That’s still how I view the flag, just representing wanting slavery.”  When asked their thoughts on whether it is an important part of our history or not, they agree but for another reason, saying “I think it’s important to know what it is and what it stands for, but I don’t know if we should be proudly flying it.”

In search of a more unbiased opinion, an MHS history teacher was interviewed. In response to being asked whether today’s opinions on the confederate flag were historically accurate or not, they said, “I don’t think it happened in the Civil War. I think because the dates altered what people associate with the confederate flag, they think of it as somehow harking back to the Civil War, and I think it’s more connected with racial ideology.” They then say, “What it means changed, and that’s where it becomes problematic because it is used to suppress a race, eventually.”

Altogether, the confederate flag has convincing arguments on each side. At this point in time, it is important for people to remain open-minded and respect others’ opinions. Whether for or against the flag, most people agree that it is an important piece of history.