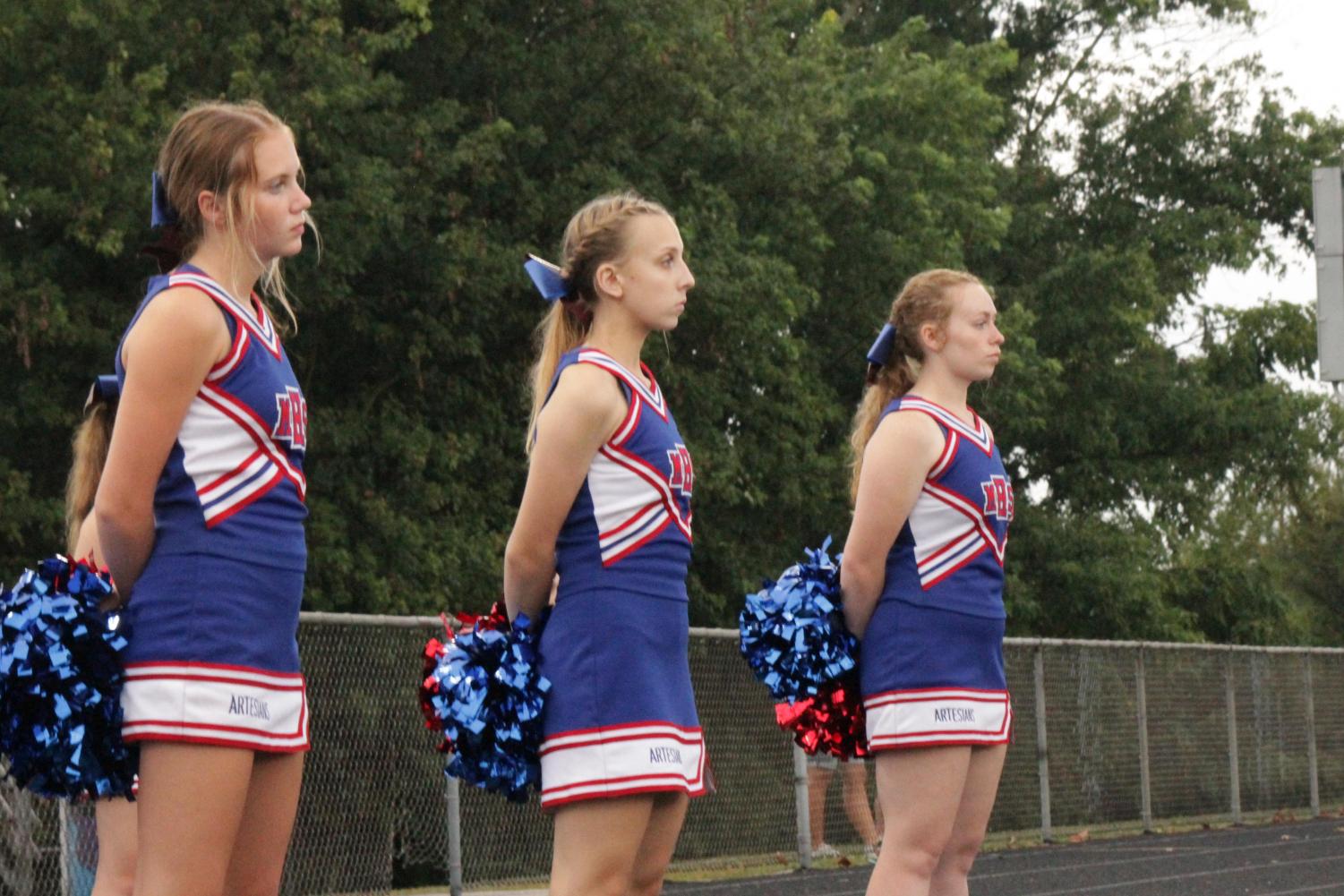 Is Cheer A Sport?

“Is cheerleading a sport?” The unanswered question a lot of cheerleaders and others want to know. Students at Martinsville High School were interviewed and discussed whether they consider cheerleading to be a sport. Five students were chosen: two at random, two MHS cheerleaders, and one boy on an MHS sports team.

Varsity MHS cheerleaders Emma Gonzales and Piper Henson expressed their perspectives on the subject. Emma and Piper have both personally been to and competed in the many competitions the MHS cheer team has partaken in. These two cheerleaders were very strong-minded about their opinions and were able to back up these opinions with sound, evidence, and reasoning. We started the interview with a simple question… “Do you think cheerleading is a sport?”, Piper strongly responded with, “Yes obviously!” before going on to say “There is a lot of physical activity that goes into it. There is running, stunting while yelling using lung capacity. Overall, there is lots of competition and competitiveness.”

This shows that she is very confident and strong minded that cheerleading “obviously” is a sport.

Emma shares Piper’s view on the matter. She said, “Yes, I do think cheer is a sport because the things we do at the high school are competition related. We go to competitions and have won multiple competitions. So, in conclusion, cheerleading is a sport.” Emma’s response was a very popular opinion. Whenever I told people this story was about considering if cheerleading was a sport they would say that it is a competition.

The Google definition of a sport is, “an activity involving physical exertion and skill in which an individual or team competes against another or others for entertainment.” This supports both Piper and Emma’s evidence as to why cheerleading should be considered a sport.

Students at MHS also had some input on the subject as well. Senior Cindy Nash agreed with Piper and Emma, saying  “Yes, I think cheer is for sure a sport. If golf is a sport, then cheer is definitely a sport. There is a lot of physical activity involved.” There is activeness and movement being encountered and Cindy finds that a push in the direction of cheer being a sport.

Senior Alex Clark, on the other hand, had a different opinion: “If I’m being brutally honest, no. Sideline cheerleading at basketball and football games is not a sport. Now, competitive cheer is a sport, but what the high school cheer team does is not a sport.”

Sophomore Camden Wolff provided a different perspective, answering with, “No, cheerleading is a competition, not a sport. You can’t stop the opposing team from winning. No one loses, you only compete.”Despite the difference in opinion and reasoning, all three students both had sophisticated responses.

For further data, there was a poll on a current MHS cheerleader’s Instagram asking the question “Is cheerleading a sport?” Although this was posted on a cheerleader’s account, she had a large following of people from all over, not just cheerleaders. Of the 176 people who completed the poll, 129 people voted “yes” and 47 people voted “no.”

Some people felt so strongly about the subject that they supplemented their response by sliding up and speaking more on the topic. People replied with remarks such as, “depends” or “most definitely not.” One girl went as far as to say, “Cheer is actually a pretty hard sport! Cheer is more than standing on the sidelines cheering on the football and basketball team!”

In conclusion, people have different perspectives on the question we all have been dying to know, “Should cheerleading be considered a sport?” All opinions are respected, and there is no right or wrong answer. Overall, cheerleaders should be respected and recognized for what they do.