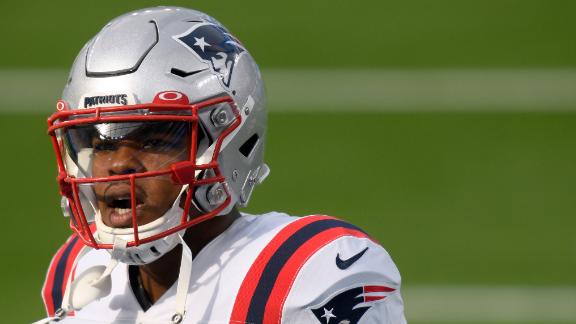 As the NFL prepares to start their regular season on September 9, teams are making last-minute adjustments, some of which are more shocking than others. In the search to find a long-term replacement for quarterback Tom Brady, the New England Patriots released quarterback Cam Newton, giving rookie Mac Jones the starting position in Week 1.

Cam Newton quickly became a household name in the football world after transferring to Auburn University for the 2010-2011 college football season. During his time at Auburn, Newton led his team to the BCS National Championship in 2011, where they came out victorious. He received various awards in his college career, such as the AP College Football Player of the Year (2010) and the coveted Heisman Trophy (2010).

Straight out of college, Newton was selected with the first overall pick in the 2011 NFL Draft by the Carolina Panthers. He thrived during his time with the Panthers, breaking and setting multiple records, especially during his rookie season. In the 2015 season, Newton led his team to Super Bowl 50, losing 24-10 against the Denver Broncos. The Panthers ended their season with a 15-1 record and Newton was awarded NFL season MVP.

After a tough Super Bowl 50 loss at Levi’s Stadium, the Panthers experienced a rough 2016 season, ending with a 6-10 record. Newton particularly was not on top of his game, only completing 52.9% of his passes, a career-worst. During Week 4’s game against the Atlanta Falcons, he suffered from a concussion causing him to sit out on Week 5. In Week 13, Newton was benched due to a dress code violation handed down from Carolina’s top office. The 2016 season would mark the beginning of his career decline, although he still was ranked among the NFL Top 100 Players.

In March of 2017, Newton underwent surgery to repair his partially torn rotator cuff on his throwing shoulder. This would not be the last shoulder surgery he would undergo. After Week 15 in the 2018 season, Newton spoke up about his shoulder injury and took the last two games of the season off to heal. He underwent another shoulder surgery in January of 2019, returning for the first two games of the 2019 season, and then experiencing a Lisfranc fracture in his foot, causing him to be on the injured reserve list.

Newton’s golden years in Charlotte were over, and in March 2020, the Carolina Panthers allowed him to seek a trade. He was a free-agent until July 2020, signing a one year deal with the New England Patriots. Thought to take over for Tom Brady, Newton took over the roles of starting quarterback and team captain for the Patriots. In his single season in New England, the team went 7-9. Coming back after a season out, his stats were not horrible, but he would fight for his starting spot during training camp.

Newton proved himself to be inconsistent during training camp and the preseason, with rookie Mac Jones out-shining him, and ultimately grabbing the starting spot. Jones is fresh out of the University of Alabama, with a skill-set that is more familiar with New England’s offensive coordinator, Josh McDaniels. When it came down to final roster cuts, the Patriots staff made the decision to keep the better fit, deciding on Jones.

The sudden release of Newton came as a shock to many after Head Coach Bill Belichick commented on his progress early in the day on August 31, 2021. Hours later, the Patriots announced that Newton had been released. Many speculated that the release was due to a COVID-19 protocol “misunderstanding,” but those rumors have been shut down.

It is uncertain what the future holds for quarterback Cam Newton, as his potential availability throughout the season could vary since he is currently unvaccinated. If deemed a close contact, he will have to go through the five day re-entry process set in place by the NFL. For teams considering the free-agent, the risk of missed playing time for Newton and inconsistencies in his game going forward is not a gamble many teams would be willing to take.