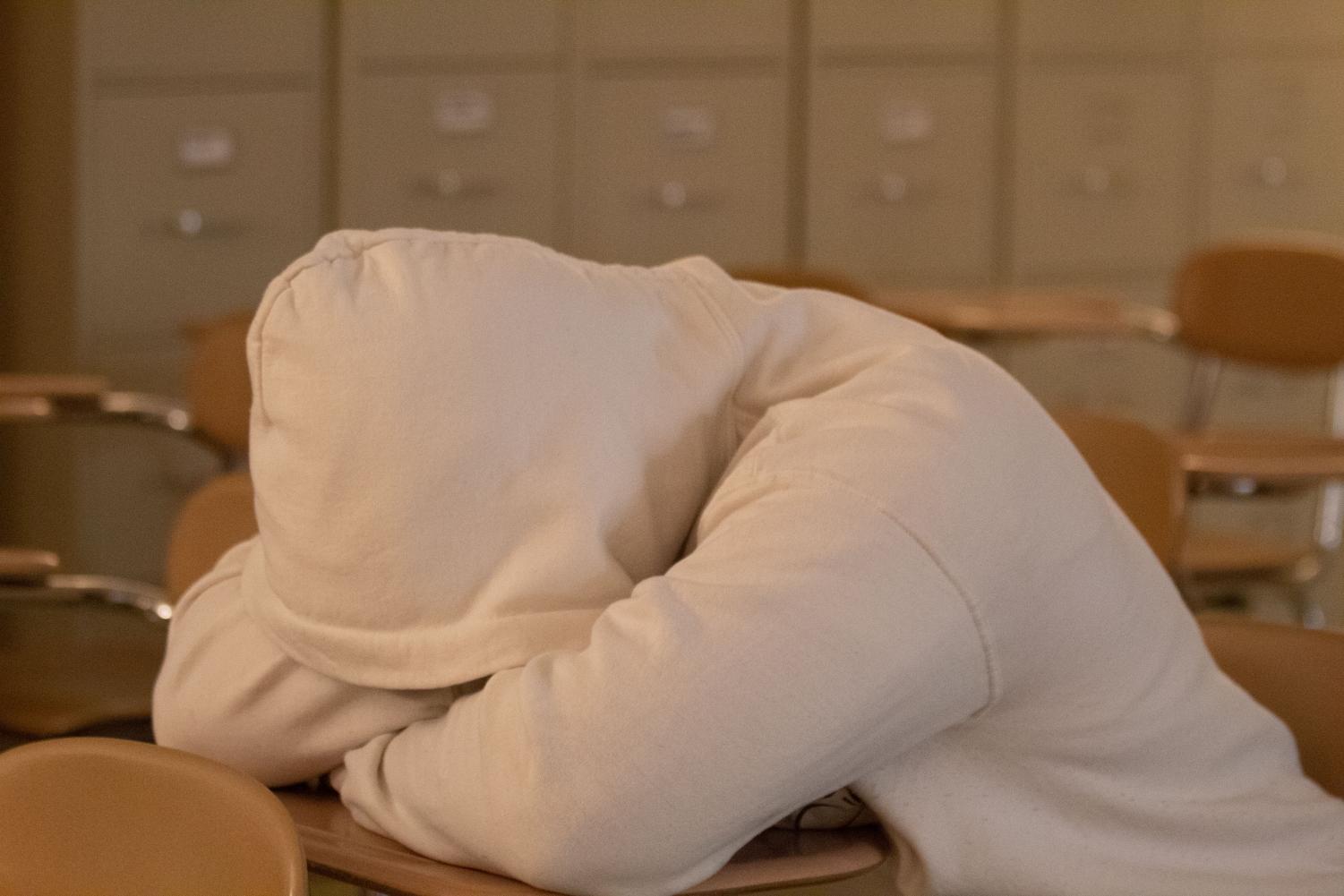 Stressed teenager lays his head down.

Teens around the world are affected by mental illness. For example, 7.1% are diagnosed with anxiety, 3.2% are diagnosed with depression, and 3% are diagnosed with an eating disorder. It has considerably increased throughout time. Within the last year, “… 11 percent of teens report experiencing at least one major depressive episode,” according to the Adolescent Wellness Academy. Girls are also two times as likely to be depressed as boys.

Teenagers’ brains are still developing well after they turn 18. Unfortunately, that means they may be more susceptible to emotional distress. In school, they feel as if they have more pressure to do well, not only in academic situations but social ones as well. Social media can affect self-esteem and the way they view the world. Even relationships come into play by causing symptoms of depression and/or anxiety.

During the pandemic, mental illness in teens increased. Fear of their parents being unemployed, infection, financial and emotional stress contributed to psychological issues. For public safety, everyone had to go into lockdown, which caused the isolation of friends and peers from their school. Lockdown forced teens from social, physical, and educational interactions. It caused some to feel lonely and even increased suicide rates. Because of this, a school district in Las Vegas lost around 19 teens due to suicide since the pandemic began.

It is essential to know the warning signs of any kind of mental illness with everything going on—for example, restrained eating or binge eating, exhaustion, oversleeping, and extreme mood swings. Sometimes, the premature wearing of long sleeves, pants, or bandages (to cover self-harm) is a warning sign.

By educating yourself on these symptoms, you can help people and make a significant impact. Talking about mental illness will reduce the stigma of silence around the issue and create a conversation. In addition, talking about it lets teens know that they are not alone and someone will be there for them.

Mental illness in teens has had many factors that contribute to it. Home, school life, and the pandemic does not make life easy for teens. Mental illness has increased throughout the years significantly, and by just having a conversation or knowing the warning signs, you could save someone’s life.