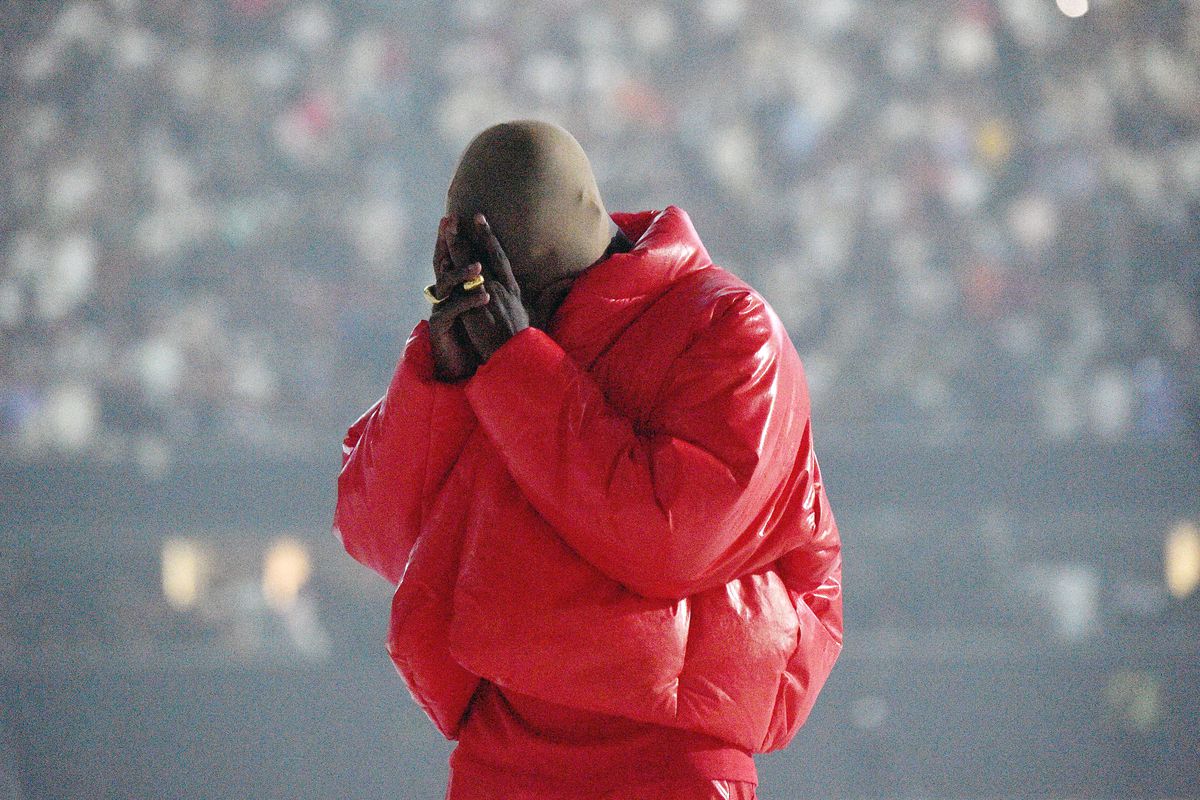 If you are an avid music listener like us, you know about the highly anticipated release of Kanye West’s 10th solo studio album, Donda. This is Charity Shepherd and Drew Nesbit and we are two of Kanye’s biggest fans! In the first part of our “Donda” review, we want to share our personal thoughts and feelings about each song on the album. We also plan to break down the first fourteen tracks individually and explain the deeper meaning behind all of them.

The album was preceded by three public listening events (all of which included different versions of the final track-list) and was finally released on August 29, 2021— over a year after the initial release date. “Donda” is Kanye’s eulogy to his late mother, Donda West, who passed away in 2007. Much of the 27-track album is a tribute to her. Other topics the album covers include the recent divorce between Kim and Kanye, Kanye’s relationship with God, and his family.

The first track, “Donda Chant,” is a 51-second intro repeating the word “Donda” over and over. “Donda” is said 58 times to represent Kanye’s mother passing away at 58 years old. The rhythm of the words is supposed to replicate Donda’s heartbeat. This was a great way to begin the album and get a feel for the overall theme.

The second track, “Jail,” came as a surprise for many, especially with the feature from Jay-Z. The last time the two collaborated was in 2016 on Drake’s song “Pop Style.” Having the feature from Jay-Z shocked many fans because the third and final listening party came the day before the album was released and Jay-Z had been completely replaced by DaBaby. Kanye claims that Jay-Z only remained in the song because DaBaby’s manager refused to allow him on the track. This song is a personal favorite of ours. It’s one that we have revisited a lot.

“God Breathed” is basically Kanye’s way of saying he has trust in God. In the second verse, Kanye said, “God will solve it all for me.” It’s no question that Kanye is religious, and he doesn’t hesitate to show it throughout the album. With this track, Kanye brings back his Yeezus style production. This song is another one that we really enjoy primarily because of how it is a lot like his old music.

In “Off the Grid,” Kanye discussed how he stayed out of the public eye, or “off the grid.” It’s a well-known fact that Kanye has been living in Wyoming for this reason. In the song, he said, “it’s for my kids.” Kanye wants to stay out of the limelight for his children and for their own privacy. The song also features Playboi Carti and Fivio Foreign. This song is neither a favorite nor one that we dislike.

The next song is one that has been anticipated by fans for a while. “Hurricane” was a song that was originally supposed to be on Yandhi, an unreleased album that unfortunately got scrapped in 2018. With around 10 unreleased versions of the song, the final album version features The Weeknd and Lil Baby. The Weeknd sings the chorus, while Lil Baby raps about how he became the person he is today, and how God is a huge part of this journey. When we first heard this song at Kanye’s Atlanta listening party, we were amazed. We’re happy with his decision to finally release the song.

“Praise God” is another song about Kanye’s devotion to his religious beliefs. The line “We gon’ praise our way out the grave, dawg” is in the chorus and is used twice in the song. Kanye is saying that he knows God will get him through his rough patches in life no matter how bad it gets. This line is also interpreted as “the grave” meaning “the hood” and is a message to all of his younger listeners. This song features Travis Scott and Baby Keem. We really like the features in this song. Kanye really couldn’t have picked anyone better.

Donda’s 7th track, “Jonah,” is a really heavy song that features Lil Durk and Vory. The song opens with Vory and immediately goes into losing friends and family to gang wars. Vory talks about how there are too many “fallen soldiers” and how it’s not fair that he has to “fight the demons” on his own. Lil Durk’s verse is next up and is about how he lost his brother to gang violence. Durk says he isn’t scared of losing his life, but his worst fear was his brother losing his. He also has a line about how his father got out of prison just to see his son had been killed.

“Ok Ok” is Kanye talking about how rappers have felt personally “betrayed” by the media and the industry itself. Kanye also throws a lot of shade on Drake during this song. He essentially calls Drake a joke. In reference to Drake’s song “Behind Barz” where Drake raps, “See ‘em in person, I’m seein’ a ghost”,  Kanye raps, “See me in person, I look like a ghost.” Some fans would argue that Lil Yachty’s verse brings the song down, but we think it makes it one of the best songs on the album.

“Junya” is the ninth track on this album and features Playboi Carti. This song is really just Kanye bragging about how well he is doing and how he never misses. Carti comes in after a little bit and raps about how it took him about five years, but he eventually took over the rap game. One of the most interesting parts of this song is the final verse. Kanye raps, “Move out of the way of my release. Why can’t losers ever lose in peace” This line is rumored to be about Drake because there has recently been a lot of tension between the two due to how close their album release dates are. We really like how he added that line about Drake. It’s a very Kanye thing to do.

“Believe What I Say” is arguably one of the most popular tracks on this album. A snippet of the song was leaked on Twitter back in September of 2020. Just that small bit got fans super hyped for the then upcoming album. The Lauryn Hill sample makes this song stand out from the others. On top of that, the song is very well-written. This song is about not letting success change you and the immense pressure Kanye feels from being one of the most popular artists. All of this combined makes it very hard for this song not to be loved by everyone.

“24” is a tribute to basketball player Kobe Bryant. Kanye and Kobe had a special bond that was known by many. Having a song dedicated to Kobe didn’t come as a surprise to fans, but is still very special. The whole song is very heartfelt. Kobe’s passing really affected Kanye and that is what this song is about. He repeats how it isn’t right and how nothing feels right. The Sunday Service Choir is a gospel group that is led by Kanye. Their vocals improve any song they are featured on, especially “24.” This track is an amazing tribute to Kobe with lyrics showing Kanye’s vulnerability.

The next track, “Remote Control,” is another example of Kanye expressing his religion through catchy lyrics, this time, with the help of Young Thug. The message of the song is God having a “remote control” on the world. Kanye repeated, “He got it on remote control, like a CEO,” throughout the song. He’s telling the fans that God rules remotely from heaven.  This song was very good, and we really enjoyed him singing most of the time as opposed to rapping.

“Moon” is the next track on Donda. This song is similar to “Jail” in the way that fans were surprised to see that Kanye kept someone who he had previously planned on taking out. It was a huge relief to many when Kid Cudi, who hadn’t been on the album in the third album listening party, was back on the track. Because of Kid Cudi’s popularity and the chemistry he and Kanye have on songs together, some fans said they wouldn’t even listen to Donda if he was removed. This song is about wanting to “go to the moon.” In this expression, the moon represents comfort. The single verse on this track is performed by Kid Cudi and deals with Cudi’s past with alcoholism and how he wanted to be a better man and make it “to the moon.” Any song with Kanye and Kid Cudi on it is immediately good.

“Heaven and Hell” covers Kanye’s wealth and his ability to give “payrolls” to his close supporters. In the song, he compares himself to Amazon CEO Jeff Bezos. Kanye talks about how he saves people through his music, and as always, brings up his religion. “Never too late for Him to save you,” Kanye stated in the first and only verse of the song. The main reasons we love this song is for its production and Kanye’s delivery.

Make sure to look for the second part of the review to see our thoughts on the last 13 songs!