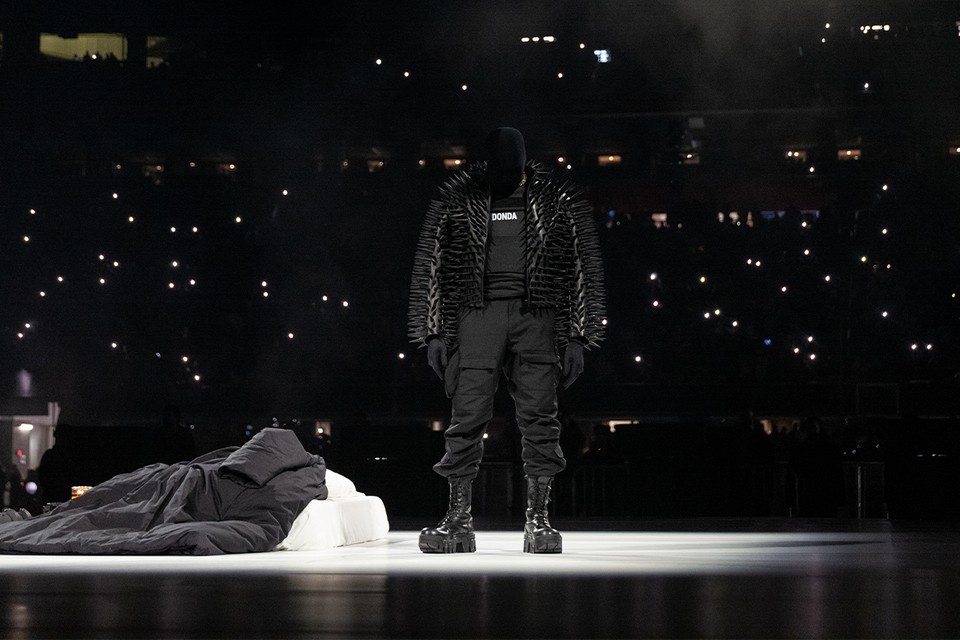 Welcome back to the second part of our Donda review! This is Charity and Drew and in this part of the review, we will be breaking down tracks 15 through 27.

The next track, “Donda”, begins with a spoken word interlude from Donda herself. It includes excerpts from a speech Donda gave in 2007 at Chicago State University. In this speech, she references the book she wrote about Kanye; Raising Kanye: Life Lessons from the Mother of a Hip-Hop Superstar. Kanye’s Sunday Service Choir then starts singing the chorus. The lines they sing interpolate the closing line from the Bible verses Matthew 6:9-13. We enjoy this track because it gives us insight into who Donda was as a person.

“Keep My Spirit Alive” is a song that features Westside Gunn, Conway the Machine, and KayCyy. The track is about each of the rappers keeping their lives on track and “keeping their spirit alive” with the help of God. Through the best and worst times, they keep their faith in God intact. In the chorus, rapper and songwriter KayCyy said, “In His hands, so I don’t stress, I pray and strategize.” This line displays how all these artists are content with their lives because they have God on their side. The features on “Keep My Spirit Alive” make it stand out. KayCyy sings the chorus beautifully.

“Jesus Lord” is the next track, and one of the longest, running 8 minutes and 58 seconds. The song is similar to “Runaway” in its length and its lyrics. This was the last song played at the Las Vegas listening party. In the song, Kanye discusses how it’s difficult for him to “be an angel” when all he is surrounded by are “demons.” He talks about his struggle with his mother’s death and how much it changed him, singing, “Mama, you was the life of the party. I swear you brought life to the party. When you lost your life, it took the life out the party.” This song has very meaningful lyrics, which unfortunately may be overlooked because of the length of the song.

The 18th track, “New Again,” has a feature from Chris Brown where both artists rap about evangelism. The words “make me new again” are repeated over and over by the Sunday Service Choir. These lines may be referring to baptism, or rebaptism, and how it makes you “new again.” In addition, both rappers thank God many times throughout the song. Because of its length and repetitiveness, we believe this is one of the weaker songs on the album.

“Tell the Vision”, the 19th track, is arguably the worst song on the album. Fans everywhere were disappointed. Pop Smoke rapped the whole time and just kept repeating “we made it.” The original song was Pop Smoke’s on his own album, Faith. However, this alternate version of the song does not feature Kanye or Pusha T. While we do respect how the song was a tribute for Pop Smoke, it’s just not good lyrically or sonically.

“Lord I Need You” is yet another song focused around Kim. It’s mainly him reflecting on how many things have changed between them. “Startin’ to feel like you ain’t been happy for me lately, darlin’. ‘Member when you used to come around and serenade me, but I guess it’s gone different in a different direction lately,” Kanye sings. We think this is one of the best songs on the album because of its heartfelt lyrics.

In the song “Pure Souls,” Kanye and trap artist Roddy Ricch talk about the challenges that have come along with becoming famous. Their lives are completely different than when they were “nameless.” When Roddy Ricch sings “I cannot sell my soul” he means he cannot sell himself for fame and fortune, so he can keep a “pure soul.” Roddy Ricch’s feature makes this track what it is. It wouldn’t be as great without him.

“Come to Life” is another track similar to “Runaway.” Some fans are already considering it one of his most beautiful songs, us included. Kanye sings, “Ever wish you had another life?” He also talks about how he should have listened to Kim more when they were together. Overall, Kanye “has mixed feelings about their relationship. In the music video for “Come to Life,” Kanye sets himself on fire inside of his childhood home. Then, he and Kim get “remarried.” The footage from the video comes directly from the third listening party in Chicago. In our opinion, this is the best song on the album, and arguably one of Kanye’s best songs of all time. This is the one song we have revisited the most.

“No Child Left Behind” is yet another song about Kanye’s devotion to God. It is really simple and honestly just repeats the same lines over and over, but Kanye still found a way to make it a hit. It is personally one of our favorite songs. The song is 2 minutes and 58 seconds long, but most of it is just the instrumental interludes.

Tracks 24 through 27 are all continuations of previous songs: “Jail, Pt. 2,” “Ok Ok, Pt. 2,” “Junya, Pt. 2,” and “Jesus Lord, Pt. 2.” All of these songs are different versions of their original counterparts, and basically just bonus tracks. The last three songs include features from DaBaby, Marilyn Manson, Rooga, Shenseea, Playboi Carti, Ty Dolla $ign, Jay Electronica, and The Lox. These songs are all good additions to the album, but they aren’t completely necessary.

Overall, the album was not only a commercial success but loved among fans. Donda is the second biggest debut according to Spotify charts, only behind Drake’s Scorpion. With many highs (and few lows) this album will go down as one of Kanye’s best. Our personal favorite tracks were “Jail,” “Remote Control,” “Come to Life,” and “Ok Ok.” The only song we didn’t enjoy was the 19th track, “Tell The Vision (Ft. Pop Smoke.)”

All in all, Donda will definitely be considered a classic. With The Life of Pablo, Yeezus, and The College Dropout style songs, there’s music for everyone. If you haven’t already, give the album a listen.