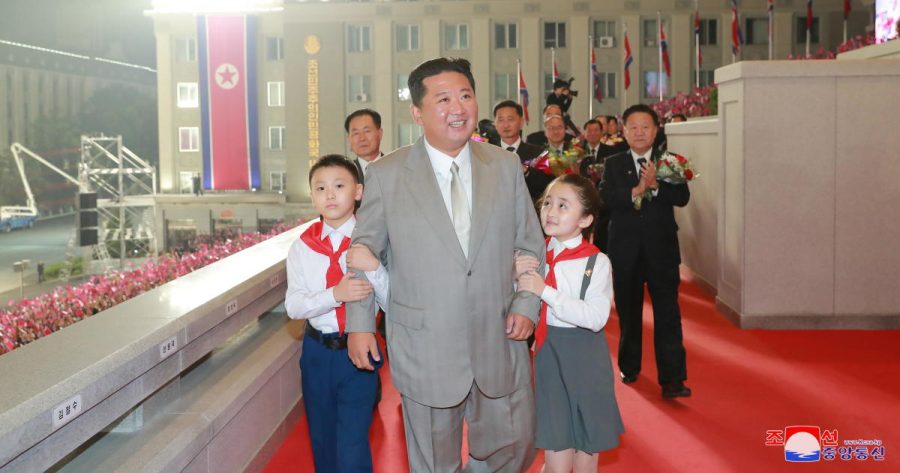 North Korea leader Kim Jong Un attends a paramilitary parade held to mark the 73rd founding anniversary of the republic at Kim Il Sung square in Pyongyang in this undated image supplied by North Korea's Korean Central News Agency on September 9, 2021. KCNA via REUTERS ATTENTION EDITORS - THIS IMAGE WAS PROVIDED BY A THIRD PARTY. REUTERS IS UNABLE TO INDEPENDENTLY VERIFY THIS IMAGE. NO THIRD PARTY SALES. SOUTH KOREA OUT. NO COMMERCIAL OR EDITORIAL SALES IN SOUTH KOREA.

In early April, North Korean leader Kim Jong Un disappeared from the public eye. He missed multiple events, including a military parade. Because of this, many began to speculate about what happened to the supreme dictator. While he did make an appearance early in May, he recently caught attention from the media after photos surfaced of him with a much thinner look.

Kim Jong Un has long been recognized for his heavy-set build; however, he recently appeared for a military parade with a thinner, healthier looking frame. Originally, many people assumed that Kim had some sort of health issue such as a heart attack or stroke. Multiple sources in Japan and South Korea even went as far as to claim that the leader was in a vegetative state and possibly dead.

While these reports were never confirmed, many factors provided legitimacy to these claims. Heart disease runs in the Kim family, with Kim Jong Un’s father and grandfather succumbing to heart related deaths. Furthermore, Kim is not in good health. He is obese and reports from the New York Post as well as other media outlets suggest Kim has alcohol and smoking abuse problems.

Because of these complications, it came as a surprise to many when the South Korean Intelligence Agency reported that there was no evidence that Kim Jong Un underwent a heart surgery. While this does not mean that Kim’s disappearance had nothing to do with his health, it does insinuate that Kim did not suffer from a dramatic health crisis.

Now the world has its eyes on Kim Jong Un’s weight loss, with estimates of his loss ranging from 20 to 45 pounds. Even though Kim looks much healthier, many people are curious about the reason for the weight loss.

One prevailing theory is that his disappearance was health related, and that his difficulties with his health provoked him to improve his lifestyle. Another theory is that Kim still has nagging health issues that are causing him to lose weight rapidly.

Both of the previous reasons assume that the weight loss is related to his medical condition; however, that might not be the case. The viewpoint on Kim’s weight loss that assumes the least about his medical condition is that he is simply trying to be a more vigorous leader. Kim might have wanted to appear strong and healthy to his people so that he can build confidence in the country.

Even with all the rumors, Kim Jong Un still appears to be going strong. Despite limited information due to a lack of media presence in North Korea, Kim’s weight loss signifies that he will most likely be around for a long time.