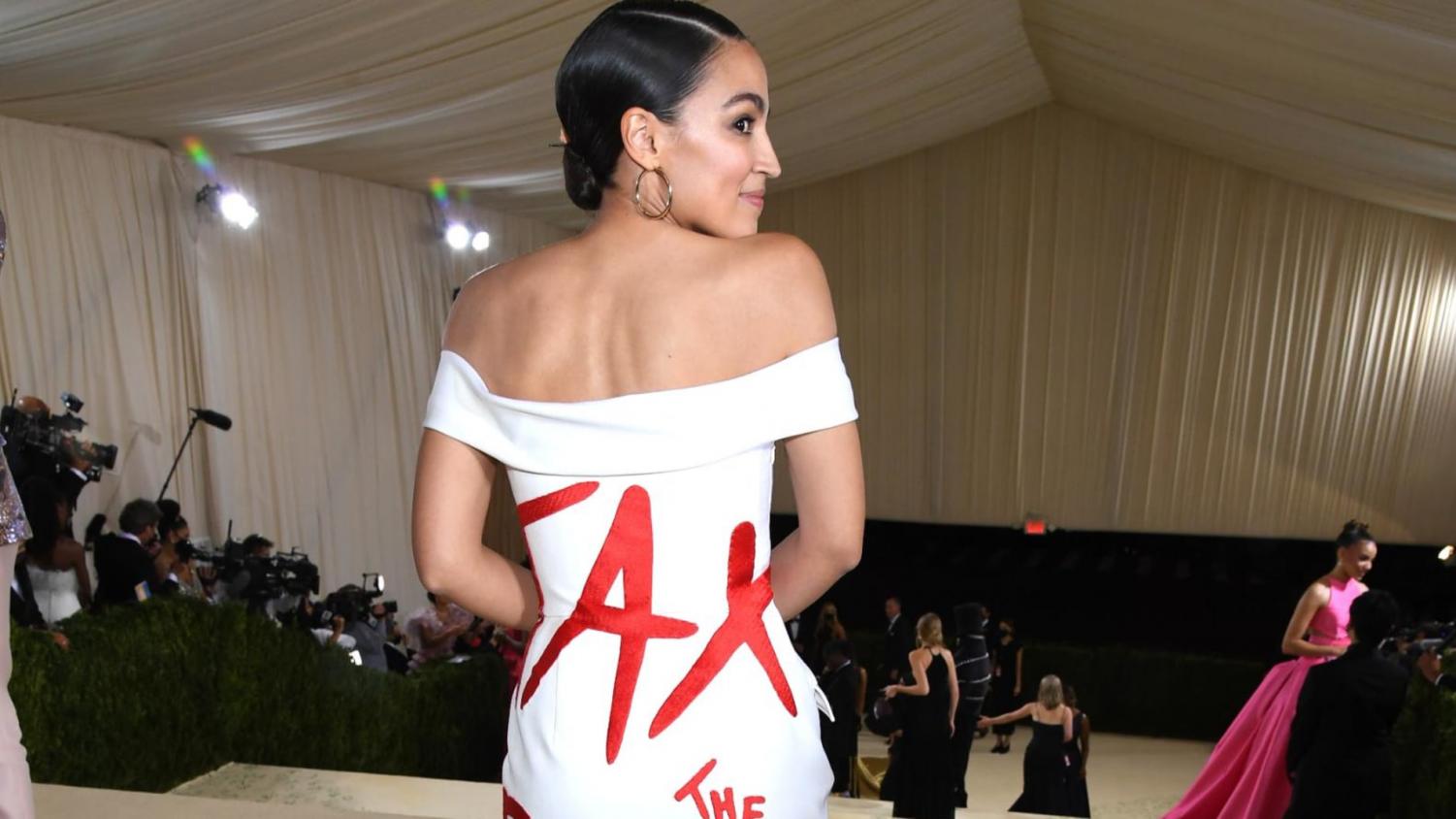 Statement Gown of the Gala

Alexandria Ocasio-Cortez (AOC) went to the Met Gala this year wearing a designer gown that said “Tax the Rich” on the back and caused quite the controversy. The Met Gala took place on September 13, 2021. Many celebrities and A-list people gathered at the Metropolitan Museum of Art to celebrate the Costume’s Institute two-part fashion exhibition. Everyone who attended dressed up to this year’s theme, “American Independence.”

Most people who came to the Met Gala tried to dress to the theme as much as possible since it was a little broad. However, this allowed designers more artistic freedom, and many showed up with some unique looks. Some wore pieces that took inspiration from other celebrities from the past. For example, Billie Elish wore a Marilyn Monroe-inspired look, while others put meaning behind the theme, especially AOC’s customized dress.

AOC is a representative for New York’s 14th congressional district and part of the Democratic Party. She has spoken out about tax reform before and is very passionate about it. This political statement brought a lot of attention. When asked why she wore the dress, she told CNN, “When we talk about supporting working families…often, this conversation is happening among working and middle-class people [on] the senate floor. I think it’s time we bring all classes into the conversation.”

Some people from the Republican party and even her own party have commented that she went to the Gala in the first place, and not all of it is positive. Critics stated that she was hypocritical because she had come to an expensive red carpet party when each ticket cost $35,000. Some people have come to her side by saying that only the working-class talked about these topics, and introducing them to that environment was a good idea.

With all the attention that came with wearing the gown, AOC did not regret it. She even released a statement saying that she would have been criticized if there was a different dress. She had talked to The Washington Post about Taxing the Rich, to people lobbying against it, and it is a breakthrough.