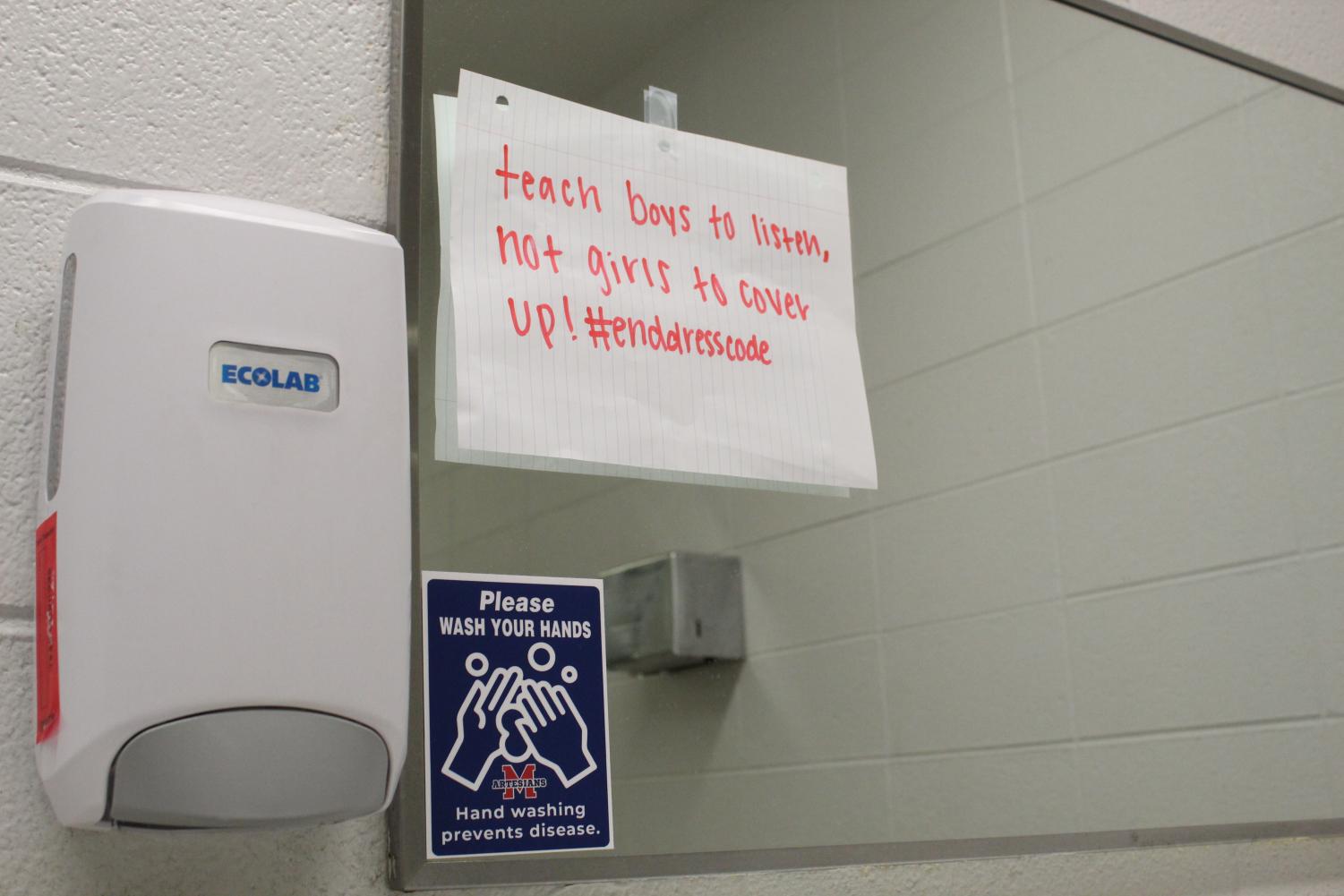 Is Our Dress Code Sexist?

Dress code is something that has always existed for the entirety of our school careers. A recent question that has been raised in our high school is whether the dress code discriminates unfairly against girls. In response, some MHS students have decided to stand up to answer the question themselves.

There have been several videos that have gone viral on TikTok depicting anti-dress code signs, which have been placed in girls’ bathrooms as a way to protest the dress code. These TikToks may have been what influenced some students to speak out. On the other hand, their personal assertions could be based on their own negative experiences with our school’s clothing regulations.

“Teach boys to listen, not girls to cover up.”

“I come to school to get an education. I do not go to school to distract boys. I cannot control who looks at me. #enddresscode”

“Shoulders are not sexual organs.”

These are all examples of how girls in our student body are taking a stand against this perceived double standard.

While it is unclear who is behind these oppositions, it is obvious they want their voices heard. Ultimately, does our dress code discriminate against females? After asking a random sample of 166 students whether our dress code is sexist, 123 answered yes with 107 of those that answered yes being girls.

Freshman Kylee Metcalf was among the students polled. “I think the signs are a good way to get your opinion out there. I agree with them. Men get to wear what they want, why can’t women?” she shared.

An anonymous male student has a different perspective: “I don’t think the dress code in itself is sexist, I believe the people that enforce it make it sexist.”

However, others may argue that this way of protesting is both ineffective and unconventional. Because they are only seen in girls’ bathrooms, the message isn’t getting out to everyone. The administration, teachers, and male students should be included in the audience.

Although these efforts are inspiring and significant in bringing this issue to light, the campaign needs to be extended beyond the walls of our bathrooms. In order to make any permanent dress code changes that will eradicate the existing discrimination, we all must join in this cause and become more aware of ongoing sexism in our schools and society as a whole.