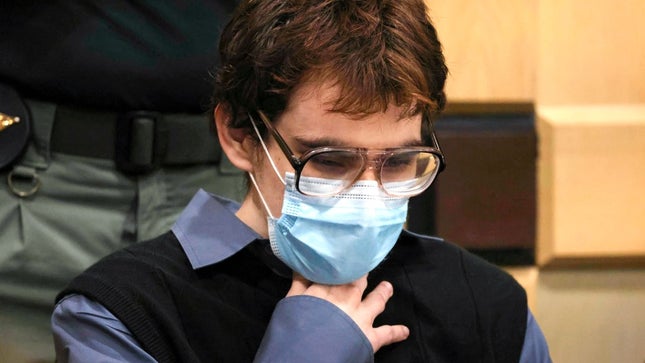 On February 14, 2018, Nikolas Cruz opened fire in his former school, Marjory Stoneman Douglas High School. Cruz gunned down and murdered 14 students and 3 faculty members, leaving an additional 14 injured. This mass shooting is remembered as one of the nation’s deadliest. On October 20 of this year, after 3 years, Cruz finally pleaded guilty to his crimes.

Families of the 17 victims attended the hearing both in the courtroom and over Zoom. Circuit Judge Elizabeth Scherer read each of the victims’ names aloud to Cruz, then proceeded to ask him how he wished to plead. Cruz pleaded guilty for each of the 17 victims named. He pleaded guilty to another 17 counts of attempted murder as well. After entering his plea, Cruz addressed the court and said, “I believe it’s your decision to decide where I go, whether I live or die. Not the jury’s. I believe it’s your decision. I’m sorry.”

Cruz also addressed the court in a short speech to apologize for his crimes: “I am very sorry for what I did, and I have to live with it every day. And if I were to get a second chance, I would do everything in my power to try to help others. I am doing this for you, and I do not care if you do not believe me. And I love you, and I know you don’t believe me, but I have to live with this every day, and it brings me nightmares, and I can’t live with myself sometimes, but I try to push through because I know that’s what you guys would want me to do.”

Cruz’s apology led many of the relatives of the victims to tears. Plenty of them were seen wiping their eyes during the hearing. Tony Montalto was one of the victim’s family members attending the proceedings. He was the father of Gina Montalto, a student tragically killed in the massacre. Montalto said, “I think he deserves as much of a chance as he gave my daughter and everyone else on February 14 of 2018.”

Prosecutors originally said that Cruz would face the death penalty after his first time appearing in an open court on February 19, 2018. At the beginning of the trial, it was argued that he shouldn’t have to face such a severe punishment because he displayed many signs that he was mentally disturbed. It was quickly disproven that mental illness was to blame for Cruz’s violence.

Howard Finkelstein, Broward County Public Defender, was Cruz’s defense attorney his first time in court. Finkelstein claimed that Cruz’s case was not about if he should be free or if he did it or not, the question was “should he live or should he die.”

Prosecutors are seeking the death sentence; however, Cruz’s defense team is trying to avoid it. In the upcoming penalty phase, his team is seeking to suppress evidence to ensure Cruz serves 17 life sentences. The defense attorneys are trying to suppress critical evidence found in Cruz’s home in Florida, such as an assault rifle he purchased.

Jury selection is not scheduled to begin until January 4, 2022, where 12 jurors will then decide if Cruz will live or die.