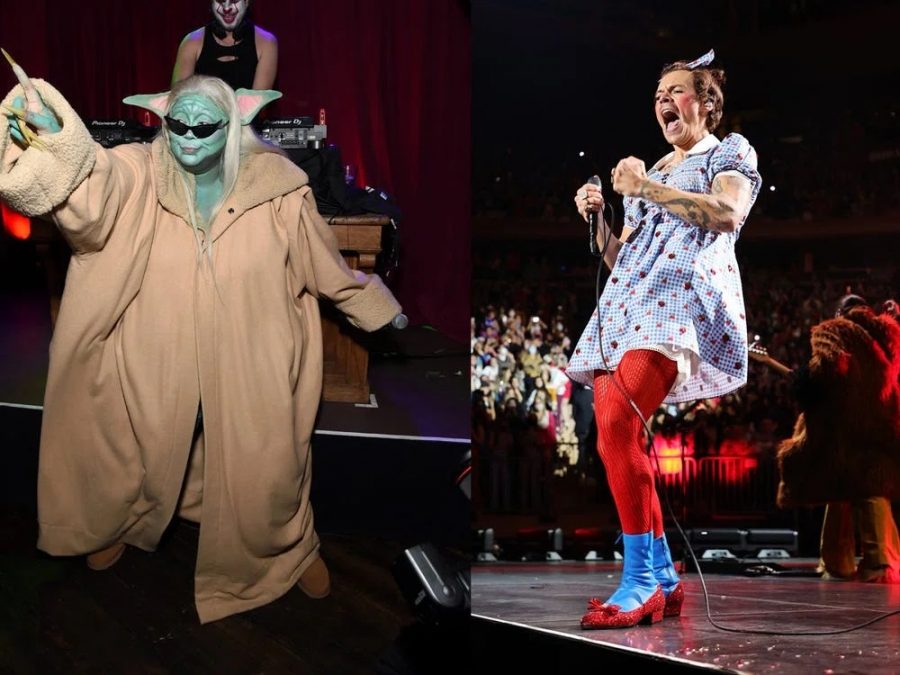 I’m Hayley Jeffries and I consider myself a fashion enthusiast. This past Halloween we saw some fascinating and interesting Halloween costumes. The celebrities always bring the most to the table though and every costume was unique and different.

First, let’s take a look at Harry Styles as Dorthy from the Wizard of Oz. Styles dressed up as her on his first night of “HarryWeen.” He wore custom Gucci with red tights. He was wearing a gingham dress with a matching bow in his hair. Styles wore red rosy cheeks and mascara. Personally, I think this costume is a 10/10. I love the fact that he is not afraid to express his feminine side, and he pulls it off very well.

Next, is Ariana Grande as Miss Creature From the Black Lagoon. This costume gives me a lot of mixed emotions. This look was very nostalgic, but also very creepy with her scaly look. She posted her debut look on Instagram and edited the movie poster. I don’t like this look as much as the others, so I would give it a 6.5/10. As cool as the costume was, she could have done better.

Taylor Swift wore a squirrel costume for Halloween. Now, some may say this is strange and interesting, but there is some back story to this. Being a huge “Swiftie” myself, I know that there were some easter eggs to this costume. In her music video for “We Are Never Getting Back Together,” she wore squirrel pajamas. She is about to release her rerecording of Red, which includes the song, so some think this may be a hint at something. She ended up announcing a short film for her song “All Too Well,” also featured on the album. Although I am a major fan, I would still like to see more from her, so I give it a 7.5/10.

Famous singer Lizzo dressed up as Baby Yoda from the hit show The Madalorian. Head to toe painted in green, Lizzo stunned us all with her amazing interpretation of Baby Yoda. This costume radiated fun and happy energy. I loved this costume so much. The face makeup really pulled it all together. I would rate this a solid 10/10.

Hailey Bieber decided to dress up as another celebrity, Britney Spears. With all of the news involving Spears, this was a very clever idea. #FreeBritney has been a very important factor for 2021 since the statements of Spears being locked away by her own family were released. Bieber’s stunning and similar looks to Spears really gave the costume life. I love how this costume is something that is popular in the media right now and may be trying to give awareness to the situation. I would rate this womanizing costume a 8/10.

For the final costume, Katy Perry and Orlando Bloom as the Covid-19 vaccine and a doctor. This is something that I think all of us were prepared to see this year. Perry was dressed as a needle that simpli had the script of “Katy Perry” down the side. Bloom was also simply wearing a doctor’s uniform. The costume was very fitting for this year, but I didn’t think it was very unique for them. Perry is usually someone who goes all out for things, but she really didn’t this time around. I would rate this costume a 5/10.

Halloween is meant to be fun and creative. If you even put the effort in to dress up, you look amazing. All of these celebrities did an amazing job with these costumes. There was a lot of effort put it all together and it definitely took a lot of work. Overall, Halloween had a lot of creative and unique looks for 2021.