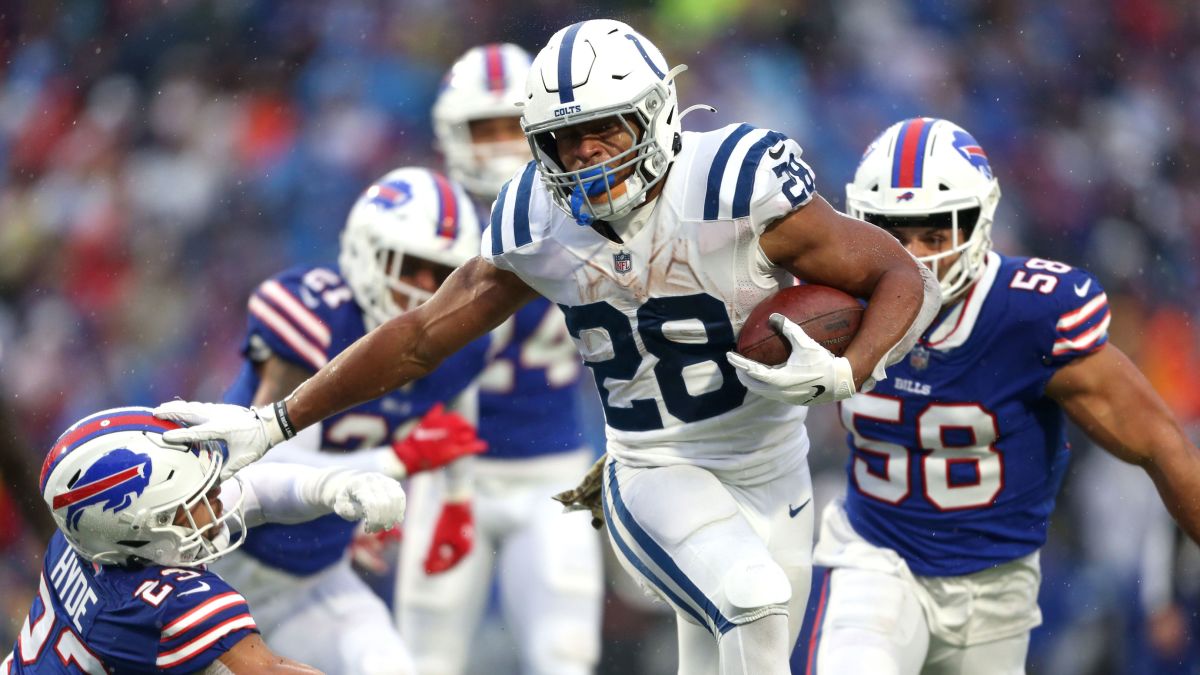 Wow. That is the only word to describe Jonathan Taylor’s incredible start to his young NFL career with the Indianapolis Colts. Taylor is the current rushing leader among all running backs this year and doesn’t seem to be slowing down anytime soon.

Taylor was born in Salem, New Jersey where he grew up with Mrs. Elizabeth Taylor and Mr. Jonathan James. Taylor attended Salem High School where he amassed an absurd 4,642 yards and 51 touchdowns. During his senior year of high school, Taylor broke the New Jersey single season rushing yards record with 2,815 rushing yards. Coincidentally, this record was held by former Wisconsin Badgers running back, Corey Clement.

After some consideration, Taylor committed to the University of Wisconsin and lit up the field immediately. As a freshman, he totaled over 2,000 scrimmage yards, nearly all of which came on the ground. During his sophomore year, he did reach 2,000 yards solely on the ground.

Taylor’s junior year was really incredible. It was already common knowledge that he was a dominant runner, but he proved efficient as a receiver in his last year with the Badgers. Not only did he complete another 2,000 yard season strictly from rushing, but he also received the ball 26 times for 252 yards and 5 touchdowns.

On the year, Taylor had a total of 26 touchdowns. Taylor graduated from the University of Wisconsin with a 3.3 GPA and a major in philosophy. Taylor not only is an astounding athlete, but he is academically gifted as well.

Taylor was the 41st pick in the 2020 NFL draft. He was selected in the second round by the Indianapolis Colts. Colts General Manager Chris Ballard couldn’t pass up on Taylor as one of the best running back prospects of this draft.

Taylor was the third running back to be taken in the draft behind Clyde Edwards-Helaire and D’Andre Swift.

In his first year, Taylor started out as the backup to Marlon Mack. Taylor seized his opportunity when Mack suffered a season-ending achilles injury shortly into the season opener against the Jaguars.

The following weeks were a quiet few by the standards Taylor is held to today. It was pedal to the metal in the later stages of the season.

Taylor from weeks 11-17 ran for 109 carries, 741 yards, and 7 touchdowns. This was in large part due to his freakish season finale against the Jaguars, where Taylor ran the ball 30 times, for 253 yards, and 2 touchdowns, a career day for the young phenom. He finished the season with 1,169 yards, ranking third among all running backs that season, only behind Derrick Henry and Dalvin Cook.

The Colts season came to a devastating end in a loss to the Buffalo Bills in the wildcard round of the playoffs.

Colts fans and NFL fans alike were expecting a big year in his second year as a Colt; needless to say, Taylor has delivered.

Taylor is coming off a historic game a week before this most recent week, against the Buffalo Bills in what some would call a “revenge game,” from the wildcard loss last year. Taylor had the most volume he’s seen of any game this season against the Bills with 32 carries and 3 receptions totaling for 204 yards and a Colts franchise record 5 touchdowns, making Taylor the 16th player in NFL history to have 5 touchdowns in one game.

Taylor, in his most recent outing vs. the Buccaneers, didn’t see nearly as much volume or production, but still had 16 carries for 83 yards and added another touchdown.

The Colts are 9-0 when Taylor has rushed for 100+ yards in his career. Taylor has been the focal point of the colts offense, and I think it’s safe to say their plan going forward is to feed this man the ball at any given chance.