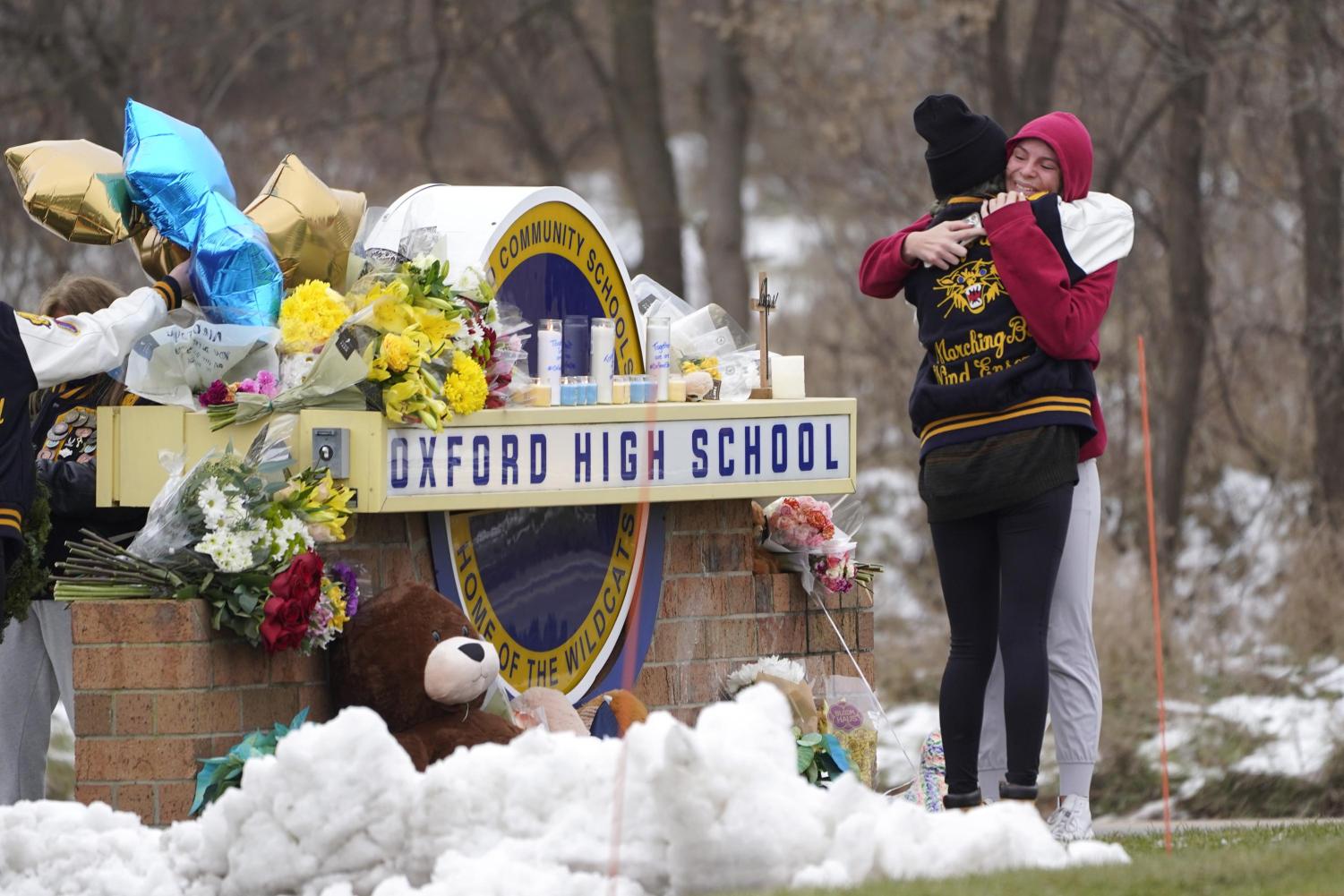 On Tuesday, November 30th at 12:51 p.m., an unidentified gunman opened fire on students and staff members at Oxford Highschool in Michigan. There were eleven victims, including four student deaths, and six student and one staff injury. A 15 year old boy was arrested on the spot for being found with possession of the weapon. He was accused of four counts of first degree murder, one count of terrorism causing death, seven counts of assault with intent to murder, and twelve counts of possession of a firearm in the commission of a felony.

The shooter has not yet been confirmed, and the shooting has only been connected to a 15 year old boy named Ethan Crumbley. If found guilty, Crumbley could be penalized with life in prison.

At 12:51 p.m., police and authorities received many calls from students and parents alerting them of the incident. It is said that the student came from the bathroom, and from there opened fire on students and staff members who were filling the hallway. When students heard the gunshots they all ran for cover and tried their hardest to protect themselves and their classmates by barricading the classroom doors.

According to Sheriff Michael Bouchard, the victims were random, and the suspect had no motive for this occurrence and stated it as “absolutely, brutally coldhearted”. After much investigation, it is said that the armed shooter fired thirty rounds from a semi-automatic pistol.

The victims who have tragically passed away have been identified as fourteen-year-old Hana St. Juliana, seventeen-year-old Madisyn Baldwin, and sixteen-year-old Tate Myre who passed away in the back of a squad car on the way to the hospital. A fourth student, Justin Shilling, aged seventeen died early Wednesday morning at McLaren Oakland Hospital in Pontiac, Michigan.

At 11:56 a.m. on December fourth, more information regarding the situation was released by CNN. The parents of the shooter were arrested just hours after their son for involuntary manslaughter and later pleaded not guilty. The parents, James and Jennifer Crumbley were given a bond of 500,000 dollars for each parent by Michigan’s Oakland county judge.

Overnight, it was said by first responders and police officers that they had found the couple hiding out on the bottom floor of an old industrial factory after they were given information by an anonymous tip stating that they had seen their vehicle drive by. “They appeared to be hiding in the building,” said Detroit Police Chief James White during a conference.

On Saturday, December fourth, attorneys Shannon Smith and Mariell Lehman said, “Understand that our clients were apprehended last night, although we fully intended to turn them in first thing this morning for arraignment, contrary to the misinformation that has been rampant in the media”. Later, Chief White replied, “That isn’t indicative of turning themselves in, hiding in a warehouse.”