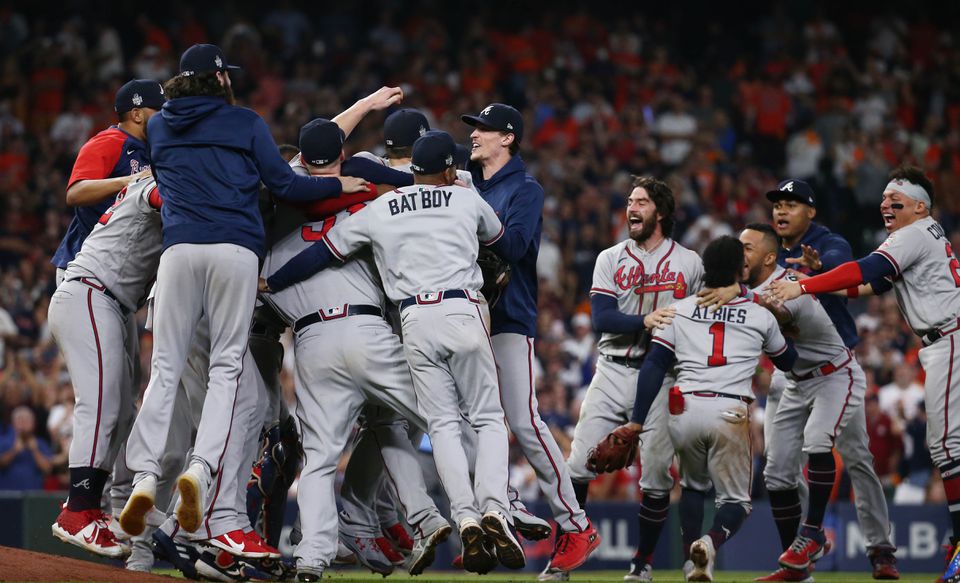 The Atlanta Braves defeated the Houston Astros in the 6th and final game of the 2021 World Series. Winning their first title since 1995, the Braves had an amazing offense and an even better defense, ending the game with a final score of 7-0.

Winning this title was far from easy. The Braves had to make it through the entire regular season, 88 wins to 73 losses, and 3 playoff rounds just to get a chance to play in the World Series. In addition, the Braves had recently lost star outfielder, Ronald Acuna Jr., to an ACL injury at the all-star break.

On top of the immense pressure that the Braves had to face just playing in what could potentially be the final game in the 2021 World Series, they also had an innumerable amount of people wanting them to beat the known-cheaters and take the rings that they stole from the Los Angeles Dodgers in 2017. In case that wasn’t enough, they also had to deal with the Astros having home-field advantage after beating them 9-5 in game 5 of the World Series. The odds were not in their favor, so winning this title was all the more gratifying.

Although this win was exciting to everyone on the team, it definitely impacted Freddie Freeman the most. After being drafted in the second round of the 2007 MLB draft, and debuting in 2010, Freeman has been with the Atlanta Braves for a total of 14 years. This may have also been Freeman’s last season with the Braves. His 8 year contract expired this month, and he is officially a free agent. Nobody is sure what he will end up doing. He has been very loyal to the Braves throughout his entire career, but at the same time, he has numerous offers from other organizations.

Keeping the defense alive and well, Max Fried made everyone’s job easy by pitching six shutout innings. Fried also had one of his best season’s this year. He threw 191 ⅓ innings throughout all of the regular-season and postseason. The Astros arguably have the best offense in the MLB, so the fact that the Braves were able to hold them at 0 for the entire game is truly impressive.

Rounding out the offense, Jorge Soler had a three-run home run that set the Braves off to an early lead. Soler was named World Series MVP because of how well he played offensively. Dansby Swanson followed up Soler’s three-run home run with a two-run home run in the fifth inning. Scoring the 6th point, Freddie Freeman hit a double, allowing Soler to make it home. With the 7th, and final point, Freeman homered to center field.

All-in-all, it was an incredible victory for the Braves and all of their fans.