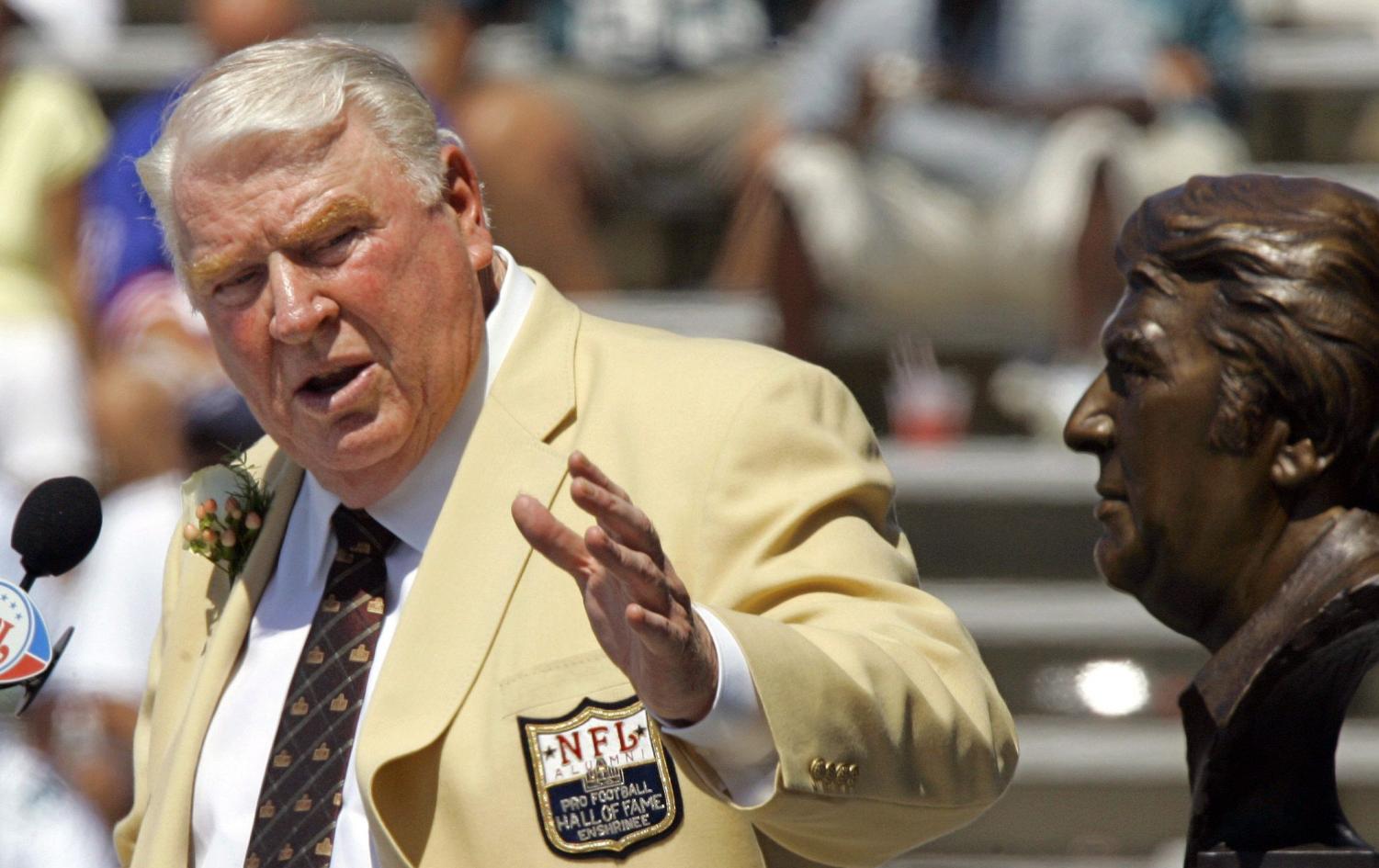 Legendary coach and broadcaster, John Madden passed away unexpectedly at the age of 85

Legendary coach and broadcaster, John Madden passed away unexpectedly at the age of 85

NFL legend John Madden died on December 28, 2021 at the age of 85. Madden is most known for his career as an NFL coach and broadcaster. Madden’s unexpected death created sorrow throughout the NFL community.

Madden served as the head coach of the Las Vegas Raiders from 1969-1978. During this time, he led the Raiders to eight playoff appearances including one Superbowl. He also holds the record for the best regular season winning percentage of any coach with at least 100 games coached with a record of 103-32-7.

These historic milestones earned Madden an introduction into the Professional Football Hall of Fame in 2006. At his introduction Madden said, “I have never worked a day in my life. I went from player to coach to broadcaster and I am the luckiest guy in the world.” This quote perfectly summarizes Madden’s undying love of football.

After Madden’s relatively short stint as an NFL coach, he found work in broadcasting. Throughout his career, Madden worked for all four major television networks (CBS, Fox, ABC, and NBC). During his 30 years as a broadcaster, he became known for his energetic style and sound effects such as “Boom!” and “Wham!”

While Madden’s entertaining style had millions tuning in, his extensive knowledge of football provided viewers with detailed yet simple breakdowns of the game. Known for his intense preparation, Madden’s in depth analysis presented in his animated style made him one of the best broadcasters of his generation.

Madden’s influence on football goes beyond his careers in football as his namesake used for the NFL video game, Madden NFL. This wildly successful video game series has sold over 130 million copies as of 2018.

Original copies of the game featured Madden as the prominent figure on the cover; however, starting in the early 2000s, it became tradition to put a high-level NFL player on the cover. While being the Madden cover athlete is a high honor, it pales in comparison to having your name represent the video game franchise.

Madden’s impact on football is undeniable. “John Madden is as important as anybody in the history of football,” said Al Michaels, a famous broadcaster and broadcast partner of John Madden, in an interview in 2013. “Tell me somebody who did all of the things that John did, and did them over this long of a period of time.”

This very high praise is what has come to be expected of Madden. His list of achievements spans over forty years. John Madden dedicated his life to football, and he will be missed by many.