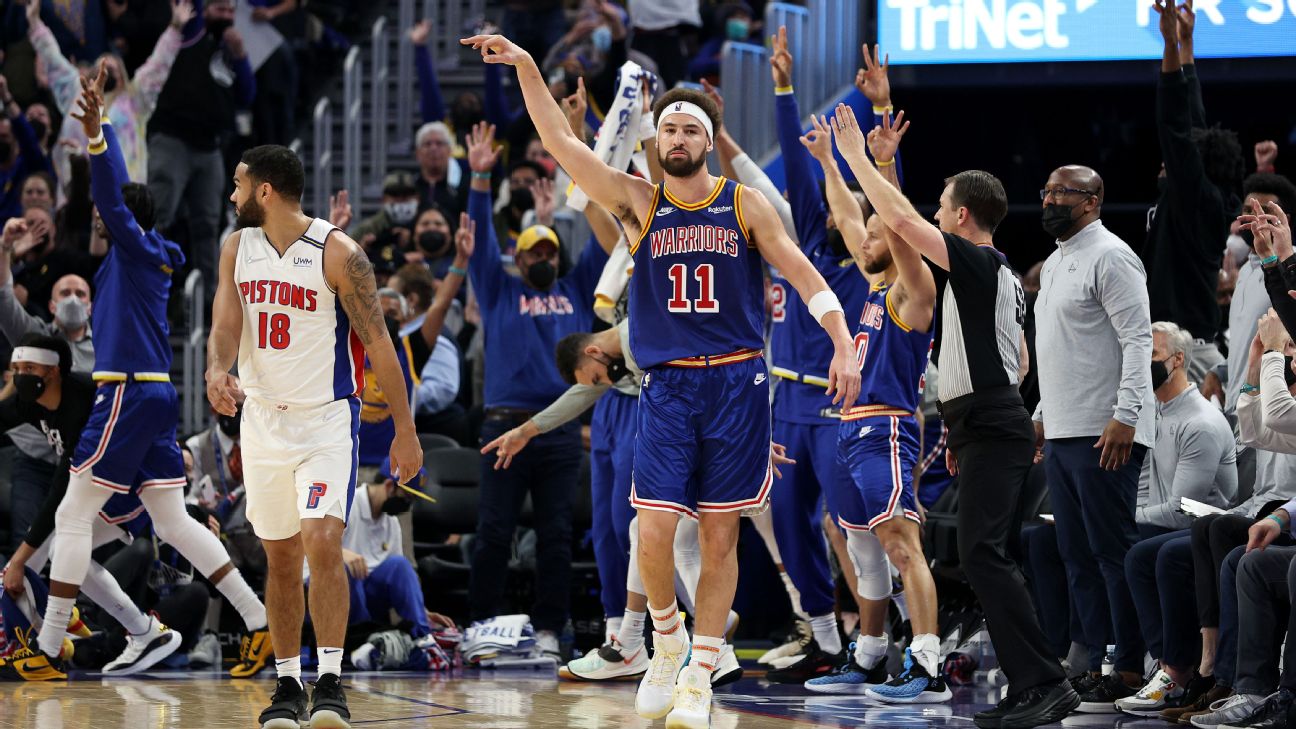 Klay Thompson is Back!

After a nearly 31 month layoff, Warriors guard Klay Thompson finally returned to hardwood Sunday, January 9, against the Cleveland Cavaliers. Thompson suffered back-to-back injuries, first to his ACL in the 2019 NBA finals, then tore his achilles before the start of the 2020-2021 season. His long stint off the court had loyal fans eager for his return.

Klay Thompson was a large part of the Warriors domination throughout the 2010s making him a special player to Warriors fans. Known as the second splash brother, Thompson combined with Stephen Curry to create one of the best shooting duos of all time. The two ravaged the league knocking down near impossible three pointers with incredibly high shooting percentages.

The excitement in the building was clear, as all eyes were on Thompson as soon as he stepped on the court. During warm-ups, fans emphatically cheered after every made three pointer.

This energy continued into the start of the game with fans going crazy every time Thompson touched the ball.

In symbolic fashion, Warriors power forward Draymond Green committed a foul seven seconds into the game so he could be taken out. Green had suffered a calf injury and could not play against the Cavs. Being a crucial member of the Warriors championship team, Green wanted to start alongside Thompson as it was their first game together in well over a year.

Thompson finished the game with 17 points and 3 rebounds in only 20 minutes. During the post game interview, Thompson acknowledged that he might not have been very efficient, shooting 18 shots to get his 17 points. He also said that he understands it is his first game back and it might take some time to get back in rhythm.

Over the course of his first four games back, Thompson has averaged just under 13.8 points per game on just over 35.8 percent shooting. While the Warriors are expecting these numbers to improve, players are just happy to see him on the court again.

Steph Curry and Draymond Green tweeted that it was “Klay Day,” clearly enthusiastic about the return of their teammate.

Even players on opposing teams tweeted their respects to Klay Thompson’s return. “The game missed Klay,” tweeted Boston Celtics forward Jayson Tatum. “Happy to have you back Champ.”

The Warriors are expecting big things out of Thompson as they have been one of the league’s best teams this year even without him. Fans believe Thompson’s impact could make them championship contenders once again.