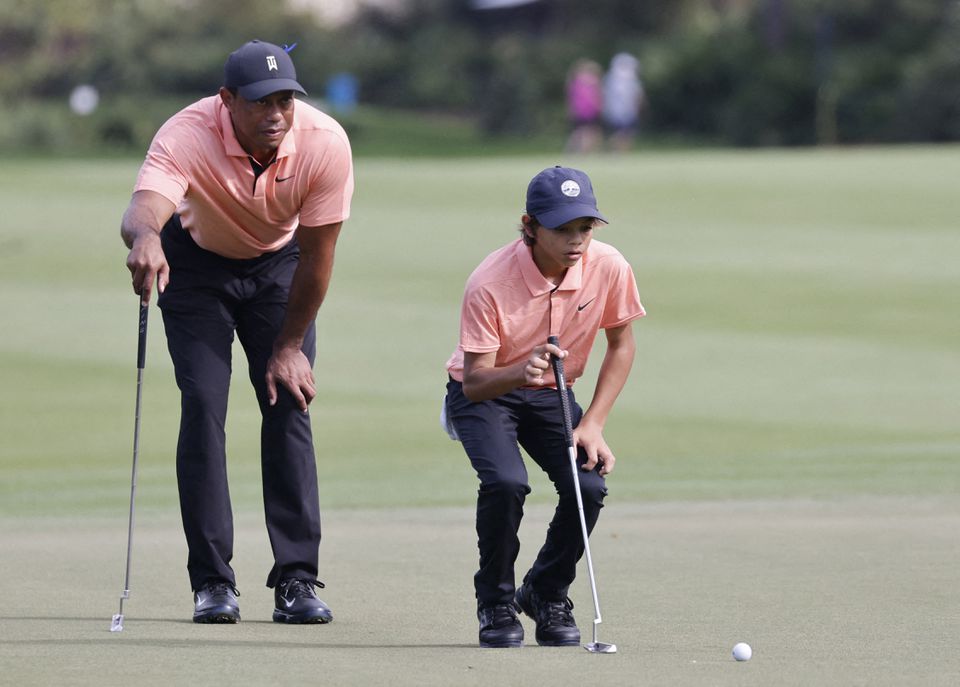 Tiger Woods and his son Charlie playing in their first round.

Tiger Woods and his son Charlie playing in their first round.

Tiger Woods recently announced he would return to golf. Just weeks before, he thought he would never be able to play again, but on December 18, he played in the PNC Championship with his son.

On February 23, 2021, Woods got into a car accident that sent him to the hospital. He crossed the center median and he then crossed over into the opposing lane. As a result, he hit a curb, then a tree, and then the car rolled several times.

When the accident happened, the officers claimed that he seemed calm during the questioning. He was able to easily tell them his name and information when asked. It was reported that Woods’ injuries consisted of a shattered ankle and two leg fractures. He went to the Harbor-UCLA Medical Center.

On December 8, 2021, Woods announced on Twitter, “Although it’s been a long and challenging year, I am very excited to close it out by competing in the PNC Championship with my son Charlie…” people around the world were in disbelief and excited after hearing this.

Some of his fellow PGA Tour Pros were pumped for his return. Bubba Watson claimed to see him playing, privately, in the Bahamas. He suspected he might join the tour, so he asked him. Woods replied with, “Man, I don’t know if I can get around, but I’m trying, I’m working.” After Watson heard this announcement, he was ecstatic.

Some people think this is the perfect situation for him to return because he really just needs to get back out there. His return truly showed how fast his recovery was. People were speculating if he would even be able to walk again, but he proved us all wrong.

This tournament is a Father-Son event, so that’s why Woods gets to bring Charlie. Some people could be really selfish and want all the attention to themselves. Bringing your son would take a lot of the attention off of you. The fact that Woods chose to bring his son shows how good of a father-figure he is to Charlie.

The tournament was 36-holes. It took place at the Grande Lakes Orlando Course at the Ritz Carlton Golf Club in Orlando, Florida.

It is very optimistic and inspiring to see him playing again. It is inspiring to other people who have possibly been injured in a way where they may think their life is over. After coming back so quickly from a possible career-ending injury, Woods proved that he is truly dedicated to his sport.