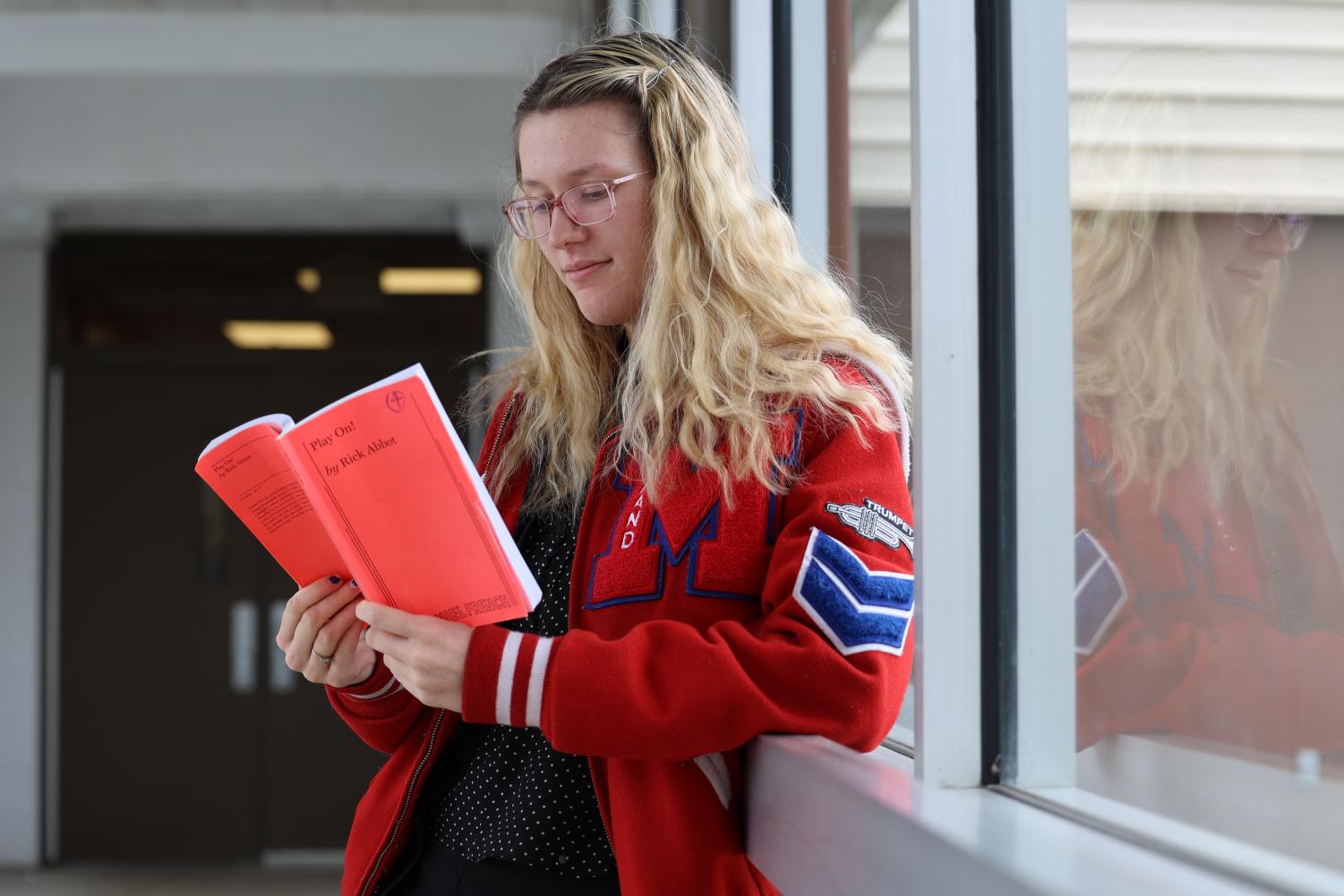 It’s the curse! Curious curses, delectable diamonds, and a murder most foul will be gracing the stage of the MHS auditorium in the fantastic, failure-riddled comedy, Play On!

The thrilling play-within-a-play consists of a group of mixed personalities attempting to put on a community theatre performance of “Murder Most Foul,” (no relation to the murder mystery by Agatha Christie), and struggling tremendously throughout the duration of the play.

There are three acts, the first being a normal rehearsal, the second being the dress rehearsal, and the third being opening night. Throughout the production, the playwright, Phyllis Montague, keeps trying to change the plot of her play. This puts a strain on the actors and backstage crew; resulting in some hilarious mishaps along the way.

Having done this play before in the past and knowing how chaotic it is, director Rick Armstrong wanted to continue with the theme of mayhem the MHS theatre department is doing this year. He hopes that this play stands out to audiences because, “You get to see elements of especially the first and third act of the play-within-the-play and you get to see that at a rehearsal, at a dress rehearsal, and a performance, and that makes it, that travel through time, hearing the same things and noticing how they change.”

The cast and crew would love to see you in the audience!