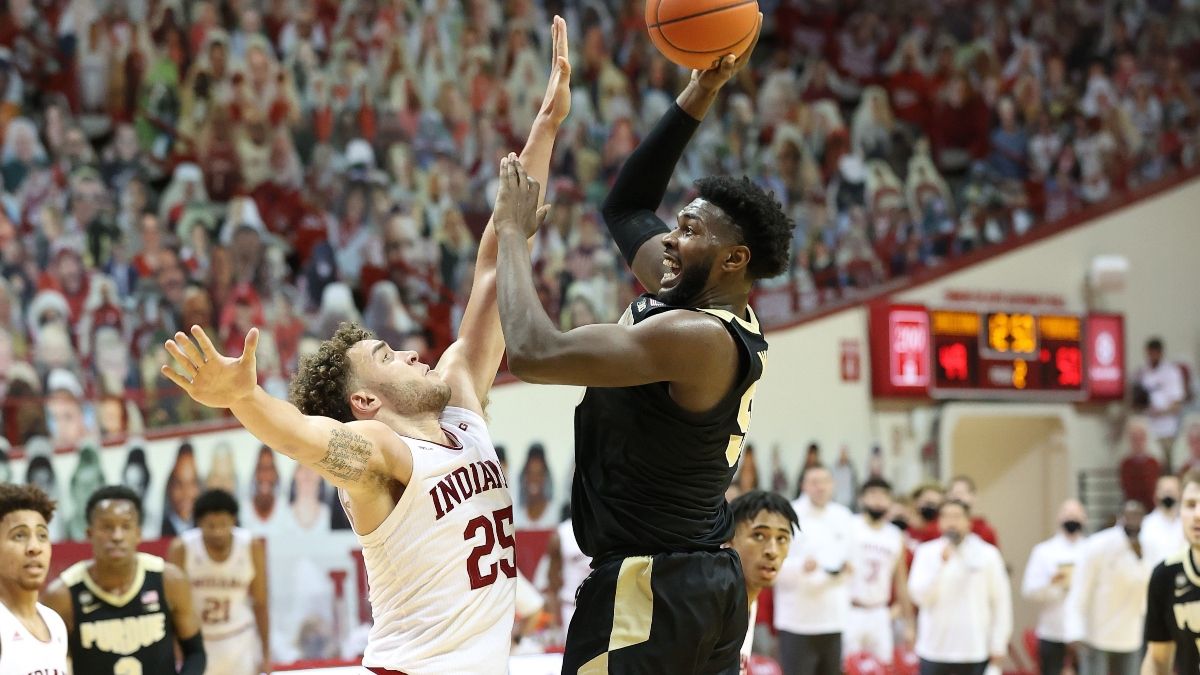 Purdue Basketball: The End Of An Era At Assembly Hall

There is no doubt that Purdue Men’s Basketball has been on fire this season, comfortably sitting in the top 10 on the AP Poll for twelve consecutive weeks. So, it came as a surprise to Boilermaker fans everywhere when they lost to their rival — the unranked Indiana Hoosiers.

On Monday, January 17, just three days before their rival matchup against the Hoosiers, Purdue walked away victorious from a highly competitive, double overtime game against the Fighting Illini. With Sophomore Zach Edey and Senior Sasha Stefanovic leading the team for a combined 42 points against Illinois, Purdue fans felt confident that their matchup against Indiana would be simple. However, the 68-65 Indiana Hoosiers win proved Purdue fans thinking to be flawed.

February 20, 2016, was the last time the Indiana Men’s Basketball team was able to knock off the Purdue Boilermakers — at Simon Skjodt Assembly Hall. Up until the January 20, 2022 game, Purdue held a 9 game winning streak over the Hoosiers, making it exactly 2,161 days since the Hoosiers had won against Purdue, and both teams were out to do something about that number. For Purdue, a chance to increase that number, and for Indiana, an opportunity to break the streak.

Stepping onto the court at Assembly Hall, both teams were destined to put up a fight. Purdue started the game off strong, with Sophomores Zach Edey and Jaden Ivey leading the team 7-0 within the first 3 minutes. 3 of Purdue’s first 5 shots were made from the three-point line, igniting a fire for a successful game. Then things started to get rough, and the Boilermakers went dormant, missing their next 5 shots and giving away the ball for a total of 11 times within the first 20 minutes of the game. These mishaps, along with the flagrant foul called on Purdue Sophomore Jaden Ivey, after an altercation with Indiana Freshman Trey Galloway, allowed Indiana to take the lead of the game.

With 5:26 left to go in the first half, it seemed as if Purdue was letting the game get away from them, which is exactly what happened. By half time, the Hoosiers lead the game 37-28.

In the second half, the Boilermakers did not lead until the final minutes of the game. For a team that was ranked No. 4, it was unusual for them to trail not only at the half, but for the majority of the second half as well.

Purdue’s Jaden Ivey came prepared for the second half, spitting out 19 points. In hopes to make a comeback and win the game, Purdue tied the game with less than 4 minutes to go. Purdue Sophomore Mason Gillis gave the Boilermakers their first lead of the second half with 1:08 left to play, but though they were ahead, it would not last long.

Indiana Junior Rob Phinisee, who is coincidentally from Lafayette, came out of nowhere, continuously making three-pointers throughout the game. With Purdue barely in the lead, Phinisee went on to launch a three pointer, putting Indiana ahead for good.

Jaden Ivey had two chances to tie the game once again, but both attempts failed, as he missed two, deep three-pointers, allowing the Hoosiers to win 68-65.

With a quiet game from Indiana’s Trayce Jackson-Davis, who is arguably their best player, and a No. 4 ranking,  there is no excuse as to why Purdue lacked both offensively and defensively throughout the game in comparison to the Hoosiers.

This loss could be partly to blame on this game being their second consecutive road matchup, but the deprivation of effort from usual star players such as Senior Trevion Williams, who managed to only put up 2 points the whole game when he usually averages 12.7 points per game, is arguably inexcusable. Not to mention, Purdue went 7 for 17 at the free-throw line and managed to rack up 12 turnovers, showing that the team was just not playing to their full potential.

When you are playing your rivals on their home court, you need to be on top of your game, and it is safe to say that Purdue was not. If you let your opposing team take advantage of you in the first half of the game because you are missing basic shots and giving up opportunities at the free throw line, then you can assume that the outcome of the game will not be in your favor.

Many Purdue fans would take this loss as a learning experience if Purdue played a good game, but they did not. They let Indiana hang around, and took their heads out of the game when it mattered most. Purdue has a lot of potential in each of their players, they just need to figure out how to combine their talents and consecutively play together as a strong team.

As their Assembly Hall winning era comes to an end, Purdue hopes to come back with a bang, not allowing the Hoosiers to demolish their winning streak again.