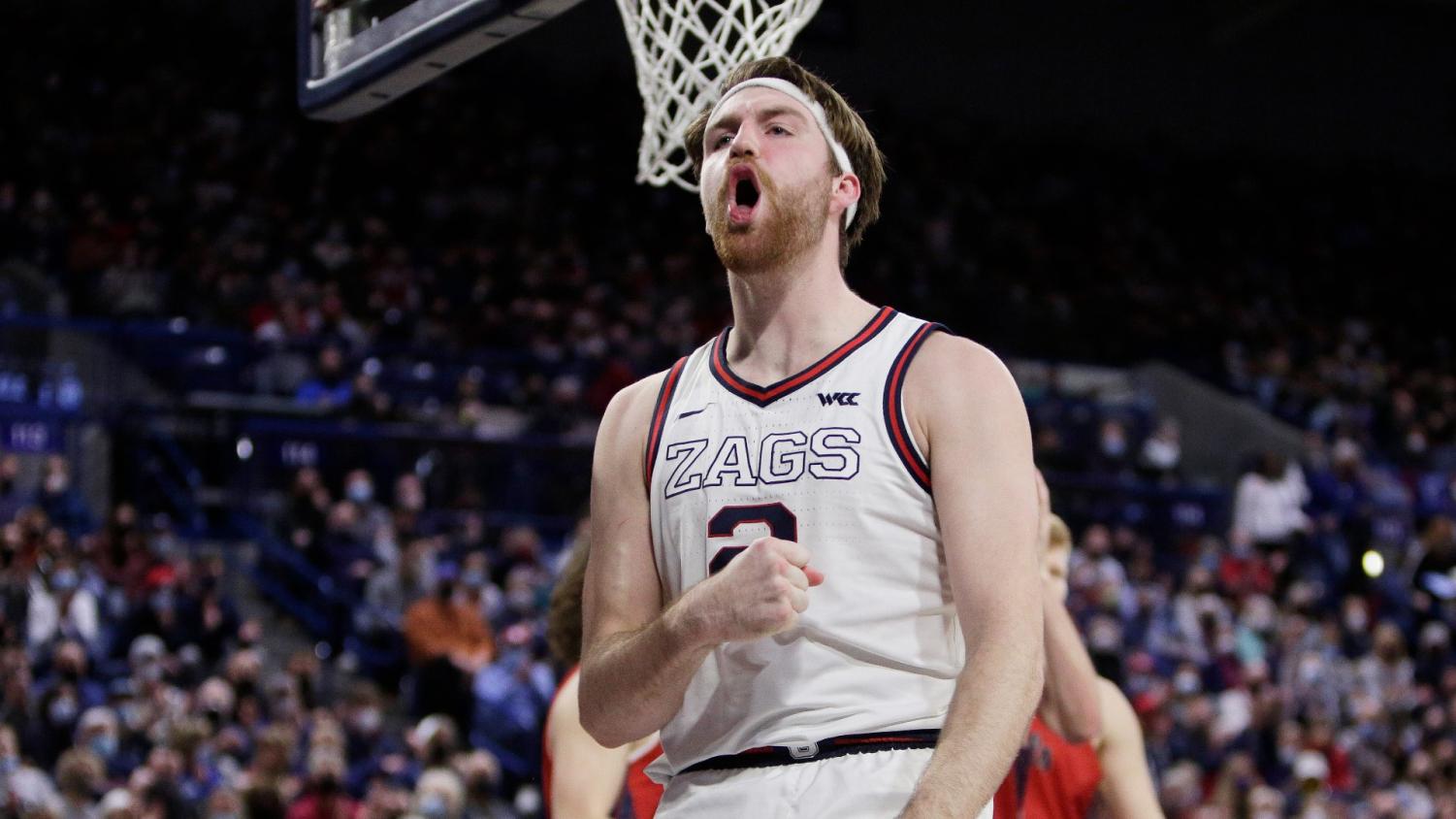 Who Will Win This Year’s March Madness?

Every year, March Madness captivates college basketball fans across the country. The road to the title is an arduous one that takes a very special team to conquer. On their way through the three week tournament, the national champion must win 6 straight games, each one more difficult than the last. Every year die-hard college basketball fans scour data and game footage to gain a slight advantage when picking their bracket.

Who will win it all? That is the first question everyone asks at the start of March Madness. As with every year, analysts push the narrative that the field is “wide open” and anyone can win it. While it is technically true, only a handful of teams have a legitimate shot at the title.

Starting off the list of contenders is the clear front runner for national champion, the Gonzaga Bulldogs. Gonzaga is a well-rounded, experienced, group with a great coach. Despite never winning a national championship, coach Mark Few is very familiar with March Madness. Few has 21 NCAA tournament appearances, along with two trips to the National Championship game in 2017 and 2021.

Even though Gonzaga lost two stars from last year’s team in Jalen Suggs and Corey Kispert, they brought back senior Andrew Nembhard and junior Drew Timme, two big pieces in their run last year. Nembhard holds down the back court alongside senior Rasir Bolton and sophomore Julian Strawther. The front court, considered by many to be the best in the country, consists of Drew Timme and Freshman phenom Chet Holmgren. Holmgren is a top prospect in the 2022 NBA draft due to his guard skills at seven feet tall.

The only part of their roster that could hold the Zags back is their inconsistent bench; however, Anton Watson has been providing a great relief off of the bench during the latter half of the season. If the Zags can play together and attack the paint as they have done all year, they are a borderline unbeatable team.

If you are looking for a team that can beat Gonzaga, the Arizona Wildcats are definitely that team. The Wildcats are fantastic offensively and defensively largely due to their size.  7’1” Christian Koloko and 6’11 Ąžuolas Tubelis roam the paint, intimidating anyone who contests them. Arizona has big guards too with Benedict Mathurin standing 6’6” and Dalen Terry at 6’7”.

The hesitation with Arizona (and Gonzaga) is their weak schedule. Despite their 28-3 record prior to the conference tournament, the Wildcats are only 5-3 in quad 1 games (the highest classification of difficulty or quality of a game). This record in quad 1 is relatively poor compared to top teams. For reference, their fellow one seed, Baylor Bears, has a quad 1 record of 10-5. This weak schedule and recent struggles on defense could derail the Wildcats hopes of winning it all.

The next championship, hopeful, is the No.1 seed Kansas Jayhawks. Since the start of February, the Jayhawks have been electric. Their elite offense is led by 6’5” guard Ochai Agbaji. Agbaji is a high flying, sharpshooter that can score pretty much anywhere. Kansas’s star power goes beyond Agbaji with Chistian Braun carrying a portion of the scoring load and David McCormack holding down the inside. When surrounded by more than capable shooters and role players, the Jayhawks are a devastating team to meet in March.

To close the list I am going to go with a bit of a sleeper pick, the Tennessee Volunteers. At the 3 seed, they are not a common selection to cut down the nets, but the Volunteers are currently one of the best teams in the country. Despite winning the SEC championship easily, many analysts still doubt the Vols.  Much of this has to do with the fact that Tennessee is in the same region as Arizona.

Tennessee has a top five defense in the country with a much improved offense. They have some of the best passing and ball movement in the country. They shoot well and stop other teams from shooting well. They suffocate offenses and consistently determine the pace of the game. The Tennessee Volunteers have no weaknesses.

Furthermore, Tennessee has been fantastic in the latter half of the season. Since February 1, Tennessee ranks top five in almost every statistical algorithm. In addition, the Vols breezed through the SEC tournament, winning almost every minute of every game. If you are looking for a less popular winner, Tennessee is your team.

Although there are certainly more teams that could win it, these four teams have the best shot at the national title. Kentucky, Purdue, Baylor, and Auburn are popular options to go all the way.

To me, all these teams have glaring problems that will haunt them at some point in the tournament.

Kentucky has struggled shooting, especially from 3, going 2-20 on 3s in their SEC tournament game against Tennessee. Normally, Kentucky’s long distance shooting is carried by elite shooter Kellan Grady; however, Grady has gone completely cold, shooting 5-22 in their last five games. This poor shooting takes away some of Kentucky’s ability to stretch the floor, allowing the defense to crowd the paint and shut down interior star, Oscar Tshiebwe.

Purdue cannot play defense. Ranking in the hundreds in defensive efficiency almost the whole year, most of Purdue’s losses can be chalked up to poor defense.

The defending national Champions, Baylor Bears, are riddled with injury. Leading scorer and elite shooter, LJ Cryer, is out with a foot injury and is unlikely to return. The Bears’ best interior defender, Jonathan Tchamwa Tchatchoua, is out for the season. Even though they still have an extremely good team, losing these pieces dramatically hurts their chances of winning the title.

The Auburn Tigers are big, but that is about it. Their inconsistent guard play has been a problem down the stretch and I do not see the Tigers getting six good games out of them against elite competition.

My pick to win it all is Gonzaga in an incredible game with Tennessee. The Zags are the favorite to win the championship and they are still underrated. Even though they will be taking on the most underrated team in the country, the Bulldogs have been to the title game twice in the last five years and are finally due for a win.