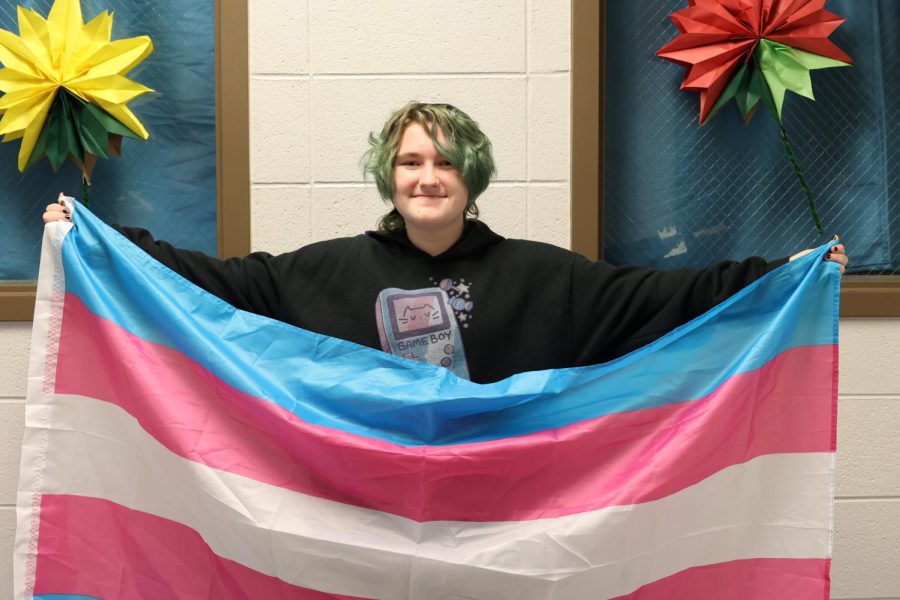 “My name’s Simon, and I am just like you, except I have one massive secret. Nobody knows I am gay,” states Simon, from the movie Love Simon. Not everyone has a safe and accessible place when coming out or discussing LGBTQ+; that is why there is such a large void of knowledge in this matter.

The Alliance Club, previously known as GSA, restarted this school year. The Alliance is a great place to learn, whether you are a part of, or not a part of, the LGBTQ+. The club is run by Mr. Rick Armstrong and Ms. DJ Boits, who started sponsoring it during the third trimester of the 21-22 school year.

Mr. Rick Armstrong explained that the name is “The Alliance” instead of GSA because GSA was found to be not inclusive. He explains how this club fights for education about diversity and equality by stating the motto of the club, “Everyone is Welcome Here,” letting everyone know that no one should feel unwelcome at the club.

This club also introduces LGBTQ+ community members that people may not know, including a wide variety of people such as Sam Smith and Demi Levato, who are non-binary; Shelby Grace, who is asexual; Elliot Page and Jamie Dodger, who are transgender males; and Miley Cyrus, who is pansexual.

The Alliance also wants to promote prominent allies in media, like Beyoncé, Brad Pitt, and Jennifer Lopez, illustrating that it is okay to be a part of, and support, the LGBTQ+. Not all people are accepting, however. Some may not see the point in it, or may just be uneducated on the topic.

Some allies run alongside each LGBTQ+ member. “They honestly show that we the people, can be free to do as we please in aspects of the law and if someone has a problem with it, it’s their problem,” says an anonymous ally. When followed up with a bonus interview he stated, “I do see people changing and not caring as much anymore with all the economic crisis going on.”

On top of that, the club likes to enlighten people about new common courtesies, helping members of the LGBTQ+ in the long run. Pronouns, which can be complicated and seem unnecessary to a cisgender person, are vital to a transgender or non-binary person. It is helpful to them to use their pronouns for mental, and sometimes physical, health.

Like Oliver Deakin, a transgender gay male, said, “Someone using the correct pronouns or my name is an amazing feeling and I have been out for two years.” This shows how using people’s pronouns makes them feel secure about their gender and humanizes them. Another thing that helps is listing pronouns at the bottom of your email.

Ben Gaunt, a straight male, says that he can see a world of equality because, “We are all a part of the same human race, you know.” Ben also states common LGBTQ+ Quotes, “Love is Love” and “Love who you want to love”, in his explanation of how he believes that it is not his place to tell people who they can and can not love.

The Alliance is here to help in various ways; to help people feel safe and discuss how to talk about acceptance. These discussions enable students from all types of multicultural communities to feel human, with dignity and respect.

The group shows how it is okay to be yourself, and you do not have to change a thing about yourself. “Be yourself. Everyone else is already taken,” says Oscar Wilde, poet, and playwright, from the 1800s.

The club wants more CisHets (cisgender, heterosexual people) as allies. The club wants the members who are a part of the LGBTQ+ to feel like they are not alone, but have supporters who are there for them when they need a person.

Oliver said, “There’s times where I find people like me and I find joy.” On the other hand, some people vocally establish disagreements with him as a person. To this Oliver says, “One day I might be in genuine danger,” giving an overall picture that Oliver fits in well at the school for the most part, apart from some extreme outliers.

The last significant aid The Alliance brings is helping closeted people. The Alliance strives to make closeted members feel safe and help them come out when they are comfortable.

Our other LGBTQ+ member, who chose to stay anonymous because they are closeted, talks about how being a closeted member of the LGBTQ+has affected her time at Martinsville High School. She explained that her family is homophobic, but she hates having to be in the closet. She recently went through a break-up and said, “Coming home crying and not being able to explain why you are crying, because they don’t know is hard.”