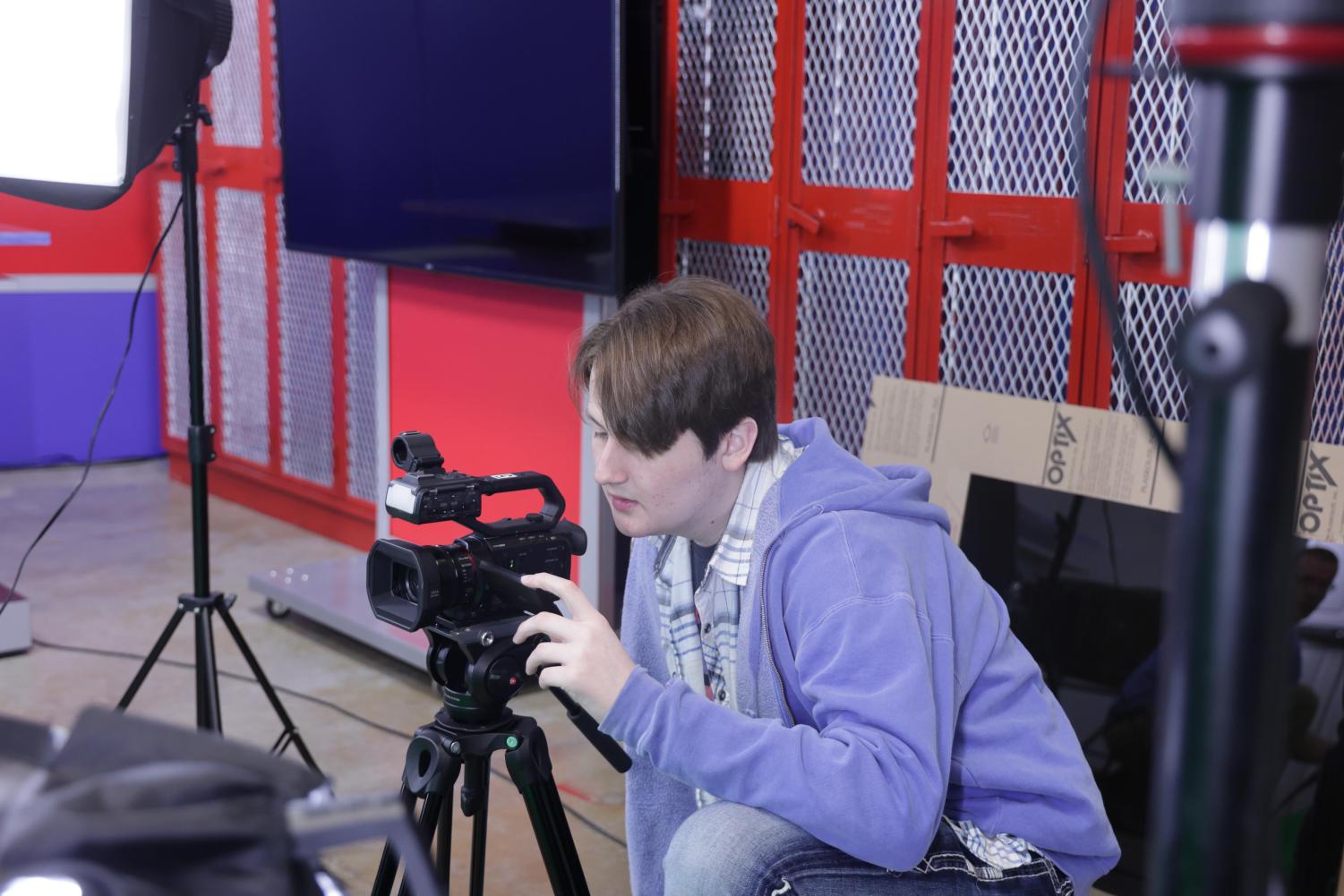 The RTV2 class at MHS is well known for their daily announcements, but what people aren’t aware of is the other projects each of them works on. We may even forget that they do more than the announcements.

Lately, the RTV2 class has been working on making music videos for a song of their choice.

Serenity Frye, Annie Beers, and Destiny Neal have worked hand and hand to make a video to the song “Deja-vu” by Olivia Rodrigo. When interviewed, Destiny said, “We went into the song without watching the original music video to get our own experience out of it, so that we had a fresh slate.” All three students had the same views and details to share when interviewed. Annie, who plays the role of the ex-boyfriend, had to dress up as a male due to complications with finding a male to fulfill the role they needed. “We tried to hide my face as much as possible in the scenes, to make it less noticeable,” Annie said. They also thought Destiny and Annie should play the two main roles of the females. With good communication with one another, they were able to figure out the exact roles to start recording. Annie as the ex-boyfriend, Serenity as the new girlfriend, and Destiny as the ex-girlfriend.

They aren’t the only ones that have been working their hardest to complete their video! Blaine Maxwell, Elias Elsner, and Gabe O’neal have been creating a video for the song “Ruler of Everything”. There was a scene that I saw where the group was attempting to make it look like Gabe was flying through the air. They used a green screen for the background and floor while propping him onto a stool for support.

They often had problems with wrinkles in the greenscreen and Gabe being cut out of view from the camera. After several shots, they were able to overcome all of the problems and make an easy solution to finish their scene.

With the help of each other and Mr. Meyer, they completed all of their scenes and were able to do everything they needed to make the best possible video.

Another group who participated in this activity is Levi Suter and Silas McFarland. Suter and McFarland made a scratch video of “Notion” by the Rare Occasions. “About two-thirds of the video was in black and white, which was symbolic of how the actor’s life was going,” Levi said. Unlike Blaine and Elias, Levi and Silas went to Levi’s house, and the cemetery to emphasize the mood more. There’s a line in the song that says, “I’m sure there won’t always be sunshine.” This line transitioned the video into color, changing the mood and the emotion of the song.

Mr. Meyer explained that the videos weren’t just made for fun, but to help them prepare for editing, videotaping, teamwork, and cooperation, in case they choose to pursue a career in the video production industry. Meyer explained that creating a music video required more than just willingness to do so, but also the amount of determination that is built up inside of a person to push them to their fullest potential and make them an amazing partner to work with.

Overall, they have done well-showing teamwork. Working together, and having an excellent source of communication, is the key to success. Traveling to different locations, experimenting with roles, and gaining an experience of a lifetime, has brought everyone together.