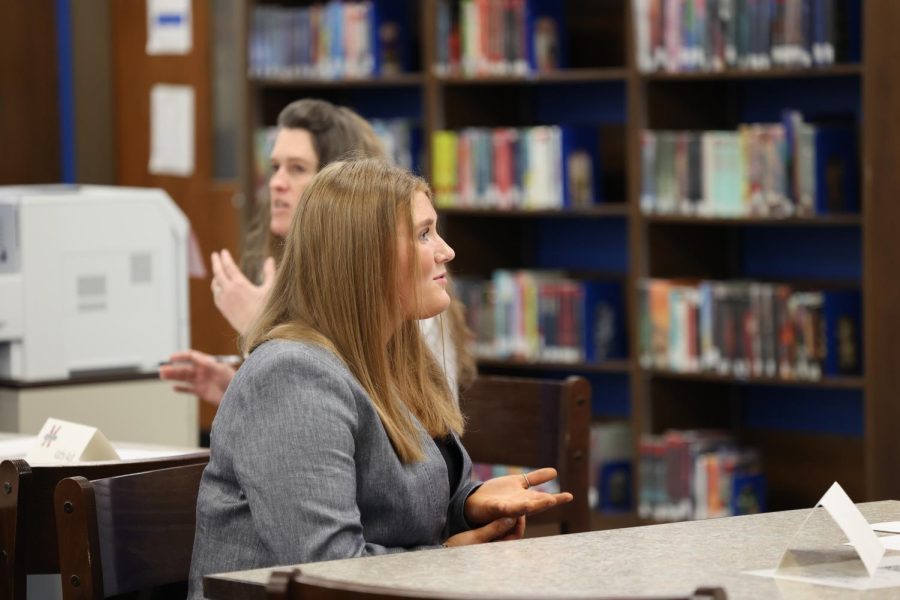 On Tuesday, March 29, 2022, Jobs for American Graduates (JAG) held a mock interview session for the current juniors and seniors at Martinsville High School. JAG mock interviews are held in 38 states and include 128 different schools. The event was held to prepare students for everyday interviews that could occur in college or a future job. The interviewers consisted of Bonnie Arnold with Home Bank, Joshua Kuhn with Job Corps, Zachary McMillion with the US Military, Robin McDaniel with Barbara Jordan YMCA, and Shaun Brames with Vincennes University’s JAG team.

Each of the interviewers was there with the same overall purpose; to simulate a real-life interview. They started with the interview by asking them questions such as, “Why do you feel you are suited for this job?” and similar others. After each interview, the interviewer would go over students’ resumes and help organize them, help with punctuation and grammar, and add information that could improve them. “Most students don’t add information that could help them and think that it would be extremely unnecessary,” says Joshua Kuhn. “We offer many different benefits when we come here to help.”

They also helped with leadership development, personal and self-development, maturing, and finding their own core values. When they succeed in doing that, they can find more profitable careers for themselves and future generations.

There were a couple different students who each had their own experiences and ways of describing how the event went, how they felt about it, and what they would’ve changed. One of those students is senior Kendall Tallent. “I was definitely very nervous. I have a lot of experience through JAG with talking to other people so I thought it was gonna be fine,” Tallent said. “It was more laid back than I expected it to be, which was very relieving, and it did go way better than I expected it to go.” When being interviewed, it can be overwhelming and stressful knowing you have people watching you, which may influence the way you handle certain situations.

Kaydance Towell-Crook is a junior who also attended the event. “She asked me when a time was where I felt that I went above and beyond all expectations and I had an answer for it that I wasn’t really confident in; therefore, I kinda mumbled my way through it,” said Kaydance. When it comes down to change, people tend to have a similar response; preparing themselves for what’s to come. Going into something you know nothing about, and people you don’t know, generally tends to add more pressure.

Each student had their own unique experience and response. However, when it comes down to it, there is one factor that affected all of them; their confidence. Confidence is something that isn’t given. You have to trust yourself and believe that you can accomplish something. Once you’re able to do that, confidence will fall into place and allow you to pursue the dreams you want to pursue.