A 2-year-old boy unintentionally shot his 4-year-old sister on Tuesday, April 6. The two toddlers were sitting in a parked car at a gas station in Chester, Pennsylvania, at around 10:45 a.m., when disaster struck.  It was unclear how the boy got the gun, but it is known that it was unsecured. When he picked it up, it misfired and struck his sister in the chest. Witnesses say their father was pumping gas when the gun went off.

The police haven‘t yet released the names of the children or the father, but they interviewed the father’s friend. He said, “He went into the store. Usually, he has someone pumping gas, which would be me or somebody else and I would watch the kids…But I wasn’t here today. I’m so hurt that I wasn’t here.” 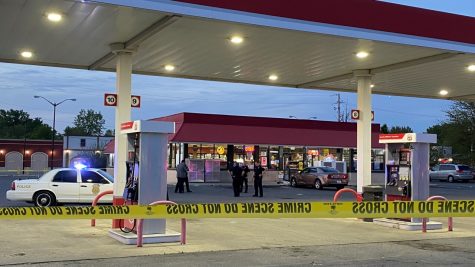 The little girl was immediately taken to the nearby medical center. Her loved ones gathered at the hospital in hopes of a positive outcome, but were disappointed. She was pronounced dead shortly after arriving.  With the investigation still ongoing, there are many unanswered questions. This incident isn’t the first to happen like it.

According to Everytown Research, there have been at least 77 unintentional shootings by children this year. They have resulted in 50 injuries and 31 deaths. More than 1,000 minors were victims of gun violence during the year 2021.  These types of tragedies have left parents and loved ones grief-stricken.

Official Jack Stollsteimer, District Attorney for Delaware County, commented, “Everybody in the community of Chester, in Delaware County, myself included, all of us are just heartbroken to think of what happened to this poor child.” Currently, it is unknown what has happened to the family or how they are doing.