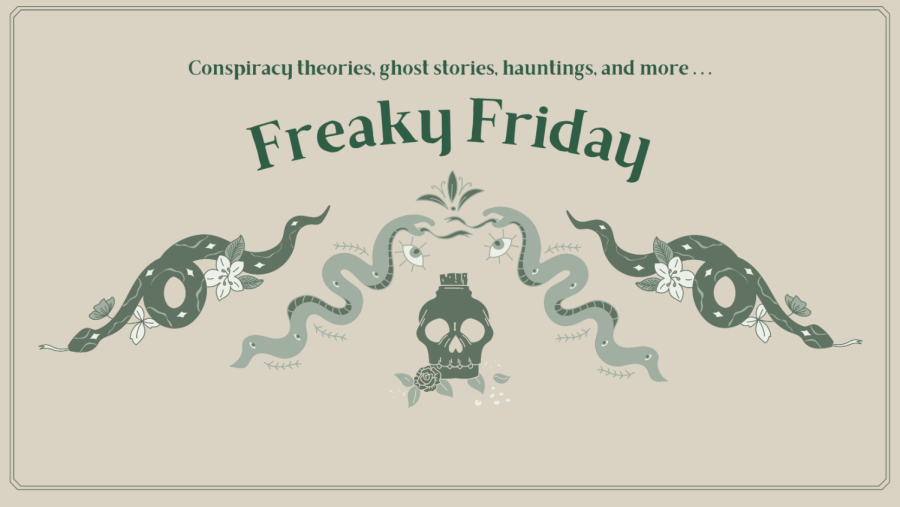 Inside the Warrens’ Occult Museum in Connecticut, you can find a Raggedy Ann doll sitting inside a glass case with a cross above it, and a sign on the glass that reads, “Warning, positively do not open.” The museum was owned by Ed and Lorraine Warren and was used as a place to store all of the items they had collected from years of paranormal investigation. The Ann doll is just one of the many things you can find there. But why is a seemingly harmless child’s Raggedy Ann doll inside a museum dedicated to the occult? As you will soon find out, this doll is more horrifying than you will want to believe.

A Gift to A Student

The origins of the doll go back to the 1970s when a nursing student named Donna received the doll as a present from her mother, who bought it at a hobby store. Donna lived in a small apartment with her roommate, Angie, and Angie’s boyfriend, Lou. For a while, the doll just sat on the living room sofa as an accessory to the house. Unfortunately, things would not stay this way for long.

Not long after Donna got the Ann doll, it started to move on its own. In the mornings, Donna would leave the doll on the sofa and when she came home, the doll would be in her bedroom with the door closed. Donna and Angie would also find notes written on parchment paper with the words “Help me” or “Help Lou” written on them around the apartment. They claimed that they didn’t even have parchment paper in their home.

Lou had a creepy feeling about the doll. He claimed that there was something wrong with it. At first, the two girls didn’t believe him, but one day they found a red liquid on the doll or seemingly coming from the doll. They finally decided to take the Raggedy Ann doll to a medium.

At the medium, she told the girls about how there was a seven-year-old girl that died in a field where the apartment complex now stood. The medium told them the girl was named Annabelle Higgins. She said that the girl’s spirit stayed in the area and came into contact with Donna and Angie. Her spirit found them trustworthy and wanted to stay with them and be cared for by them.

The two girls were both sweet and caring and decided to take care of Annabelle. This was not the best choice for them to make.

Not long after, Lou started having nightmares where Annabelle would be choking him, and he would wake up, feeling like he was just being strangled. He would also see the doll sitting on the bed. Once he even found claw marks on his chest. Bloody claw marks would disappear without a trace within two days.

The two girls decided to contact a local priest to figure out what was happening. The priest noticed that something was very wrong with the doll and contacted Ed and Lorraine Warren.

Ed and Lorrain Warren were American Paranormal Investigators that helped anyone who needed them. Ed was a self-taught demonologist, while Lorrain was clairvoyant and a medium. They worked closely with each other and solved lots of cases together. Many of their cases are famously known to the public; cases such as The Perron Family, The Enfield Poltergeist, and the case of Arne Johnson.

Upon meeting the two girls, the Warrens could immediately tell something was wrong with the doll. They were disturbed when the girls told them that they had sympathy for Annabelle and had let the spirit stay with them. The Warrens did not think that there was a human spirit attached to it, but instead, an inhuman spirit, likely a demon, possessing the innocent-looking Raggedy Ann doll.

The two girls handed the doll over to the Warrens and had an exorcism performed to dispel evil from their home. During the drive home, the Warrens had to avoid highways because Ed was worried the demon would try to mess up the car, causing a dangerous accident. This fear turned out to be true after the car engine, steering, and brakes gave them trouble. Ed and Lorraine had no choice, but to sprinkle holy water on the doll, which allowed them to safely bring the doll to their home and Occult Museum.

Troubles didn’t stop there. After Ann arrived at the museum, she was placed in Ed’s office where she levitated a few times, and then laid dormant for a few weeks. When she woke up, she started to app

ear in different rooms of the Warrens’ house. The Warrens called a Catholic priest to try and perform an exorcism of Ann to try and calm the doll down. The priest didn’t believe there was a spirit attached to the doll, yelling, “You’re just a doll. You can’t hurt anyone!” On the priest’s drive home, his car’s brakes failed and caused a crash. He did luckily survive, but was this the work of Ann?

After witnessing Annabelle’s haunting themselves, the Warrens constructed a glass and wood case with the lord’s prayer inscribed on it. That is where Annabelle resides to this day.

The troubles of Annabelle don’t end there. While the Occult Museum was open to the public, if people were foolish enough to tease or tap the glass of her case that very clearly says, “Do Not Touch,” there would be consequences for their actions. Those people would often find themselves in car crashes and in one case, caused the death of a motorcyclist who thought that Annabelle was anything but a demon inside an innocent doll.

Like a lot of the Warren’s cases, people speculate that everything that happened was false. The Warrens have had many criticisms about their cases and the supposed hauntings they’ve stopped. Many of the critics pose good evidence for why they believe Warren’s claims about demons and spirits to be false.

The movies and real life differ greatly. For instance, the first and second movies try to give us a back story of how the doll became haunted. The first movie follows a couple who are haunted by the doll after the events of an occult attack on their home. In the movie, the doll moves while people are looking at it, which she was unable to do in real life. The demon inside the doll wants the soul of the couple’s newborn baby. It doesn’t get the baby’s soul, but instead the soul of the couple’s neighbor and good friend. This movie is written to be the story of how Donna’s mother got the doll, given how in the last scene Annabelle is in a thrift store where a mother is looking for a gift for her daughter.

The second movie is about orphan girls that find the doll in the home they are staying in. One girl, who is disabled, finds the Annabelle doll and becomes possessed by the demon inside it. Later on, she becomes one of the cultists that attack the couple’s house in the first movie. This movie sets up both how the doll was made and a possible way of how it came to be possessed.

The third movie is designed to be a sequel to the real-life events of Annabelle. The majority of the movie itself is false, but the first twenty minutes or so are a true telling of what happened in real life. The rest of the movie tells the tale of a teenager who is babysitting the daughter of Ed and Lorraine Warren when Annabelle starts to cause all of the objects and spirits that the Warrens have stopped to start haunting the babysitter, her friend, and the Warren’s daughter. These events never happened in real life.

Like a lot of movies, they don’t always accurately tell the true tale that they were based on. But they do the job of telling people, “Hey, this happened!”

Where She Lays Now…

Annabelle is a doll surrounded by mystery, spirits, and secrets. Unfortunately, visiting Annabelle has become unavailable since the death of Ed and Lorraine Warren. If the two are dead, are we safe from the demonic powers of Annabelle, and so many of their cursed possessions? As far as we know, she is still locked away in her glass case where she is unable to hurt or torture any unknown victim that she chooses.

So, if there’s a doll inside your house, keep an eye on it. Especially if it’s an innocent-looking Raggedy Ann doll. Who knows, maybe it’s really Annabelle, who escaped from her glass prison. And from the looks of it, you are her newest victim.