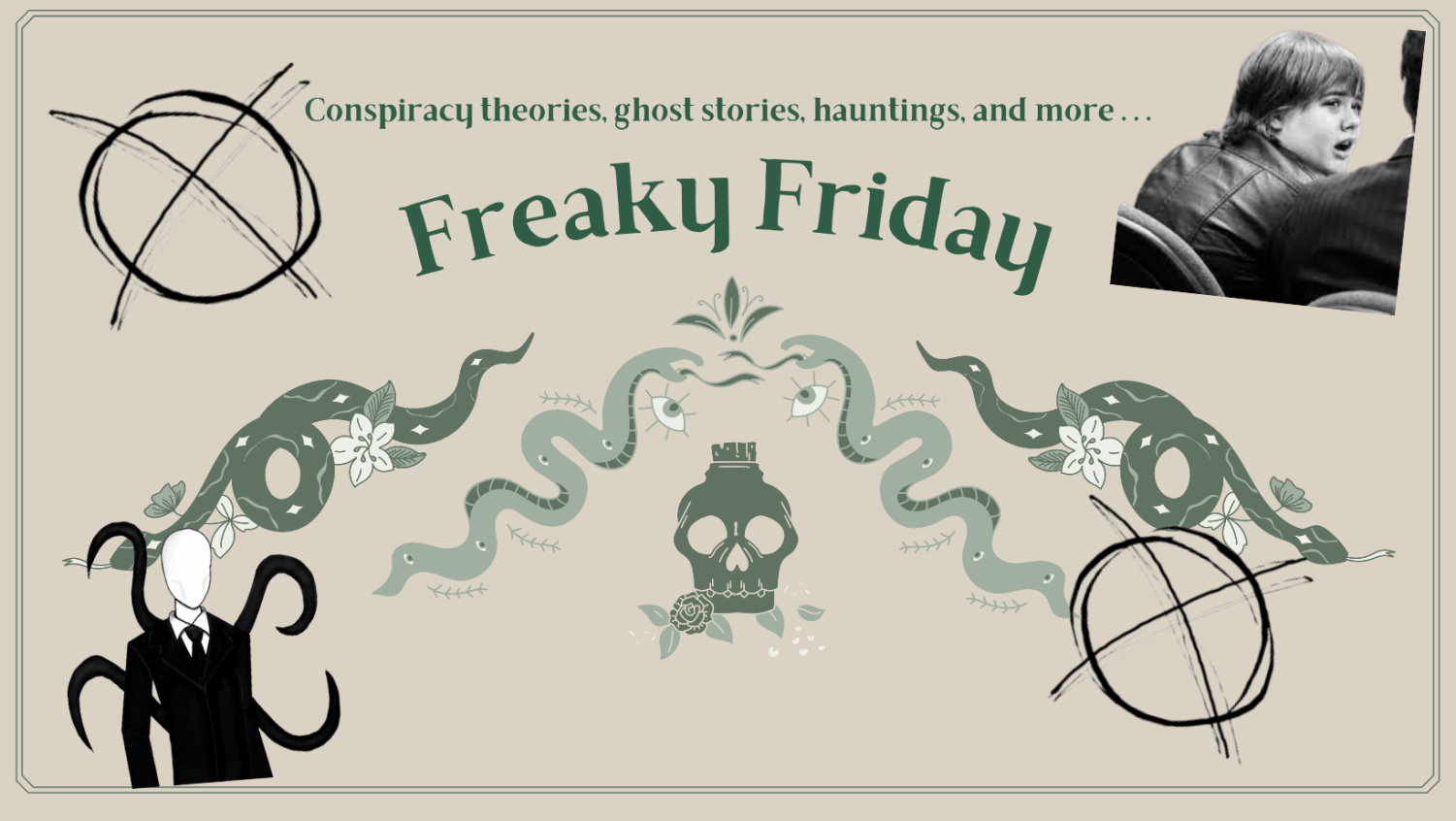 The Horror, The Myth, The Legend

Of all the Internet Urban Legends that have been made over the years, none are as popular, or as relevant, as The Slenderman. But who exactly is Slenderman, and how did he come to be?

For those who might not know, Slenderman is an internet urban legend about a very, very tall man with white skin, a black suit, and no face. Stories of him show that he stalks and traumatizes people, and also abducts them, most often children. But where did the Legend of Slenderman originate from, and what horrors were committed because of it?

From a Friendly Photo Competition to a Pop Culture Icon

The origins of The Slenderman date back to June 10, 2009 for a Photoshop contest on the Something Awful Internet forum by Eric Knudsen, who went under the false name Victor Surge. The posts for the contest were two black-and-white photos that contained groups of children and an abnormally tall man in a black suit with no face, who had been photoshopped into the pictures.

Under the photos were descriptions of the disappearance of the children and gave the tall figure the name ‘Slenderman’.

fter Slenderman went viral, people made fanart and cosplays to show their love for the faceless horror icon. Fans gave him the ability to produce long, black tentacles from his back. He even helped lead to the creation of the Creepypasta fandom, which is a bunch of horror stories that are shared online. Other popular Creepypastas including Jeff the Killer, Ben Drowned, and Sonic.exe.

It wasn’t long after the first photo of Slenderman was posted that people wanted to help make him more popular. Marble Hornets is a popular ARG web series that you can easily find on YouTube. They don’t call Slenderman by his name in the web series, instead addressing him as The Operator, but he still has his signature look so it’s not hard to figure out his true identity. The series has a cult following with over 110 million views on its youtube channel and its first video, Entry #1, having over 7 million views. The first video was posted on June 20, 2009, with the last video being posted on the same day in 2014.

Marble Hornets also has a secondary channel called Totheark that follows the same storyline original channel, with a follow-up series called Clear Lake 44 that was made on August 3, 2015, but it was canceled after the creative team separated. There was a reboot of Clear Lake 44 called ECKVA that was created over a year later on October 16, 2016, and there has been a graphic novel adaptation of Marble Hornets. In 2015, there was a spinoff movie called Always Watching: A Marble Hornets Story, but it unfortunately didn’t perform very well, with its critical response being very negative.

Marble Hornets didn’t just give viewers hours of fun to spend their time, but it also introduced many facts that would become very important to Slenderman’s lore. One piece of lore was the Slenderman symbol, which is a circle with an X going through it. Other pieces of lore that were built up were his ability to distort video and audio recordings and the idea that Slenderman had proxies, who are humans that fall under his control.

Not only is he the main antagonist of Marble Hornets, but of other popular pieces of media. The movies didn’t perform well and had bad reviews. The games were a different story. In June 2012, game developers Parsec Productions released a game called Slender: The Eight Pages. The plot of this game was that the player character is inside the woods where Slenderman is stalking him. During the game, he must collect eight pages, each with its own horrifying writing and drawings of Slenderman, and leave the forest.

The game wasn’t just a one off game though. Slender: The Eight Pages has many adaptations, including Slenderman Origins, Slender Rising, and the official video game adaptation for Slenderman, Slender: The Arrival.

The most popular version of Slenderman that was adapted to the big screen was the documentary, Beware the Slenderman. This film was made to tell the true crime events of a horrible incident in Waukesha, Wisconsin, that is tied to Slenderman and caused many parents to greatly fear him.

In 2014 on May 31, three girls were having a sleepover. These girls were Anissa Weier, Morgan Geyser, and Payton Leutner. Anissa and Morgan were planning on killing Payton in order to appease Slenderman, whom they thought was real, and become his proxies. The two girls took their friend to a local park. They then pinned Payton down and stabbed her nineteen times, causing damage to multiple vital organs. After the two were finished with her, they ran off into the woods to find Slenderman’s mansion and join his side as his proxies.

Though Anissa and Morgan thought they had killed Payton, she miraculously lived but was severely injured. While bleeding, she was able to drag herself to a nearby road where a cyclist found her, called the police, and an ambulance was brought to bring Payton to a Hospital. Anissa and Morgan had walked five miles on foot, and when they were found reports claimed that they both were calm. The knife that they used on Payton was found in one of the girls’ bags.

After the events of the Waukesha stabbing, parents became paranoid about Slenderman and whether he was a good influence on their children or not. After Waukesha, there were a few more events that people have claimed that were caused by Slenderman. Slenderman and the community around him, the Creepypasta community, faced a lot of negative attention from the media.

It was around this time that Slenderman’s popularity began to decrease. Blogs that were dedicated to him either shut down forever or just simply lost popularity. Slenderman also gained the portrayal of a benevolent anti-hero during the late 2010s. The version of him had Slenderman protecting victimized children from bullies, though this was by using violent means. Fans even started to portray him as a protector and father figure to another popular Creepypasta, Sally from Play With Me.

Panicked people started pointing fingers and blaming the Creepypasta fandom for the tragic events. The fandom responded, claiming that the stabbing was an isolated event and doesn’t represent everyone in the fandom. They went on to say that everyone in the fandom realizes that Slenderman is fictional and not real, and that all the stories they love are the equivalent to fun horror stories that are fun to read. To show their support, the Creepypasta fans created a fundraiser for the victim of the stabbing.

The events of the stabbing was a wake-up call for parents. People started to realize that maybe kids shouldn’t be allowed on certain sites. Even a member of The Slender Man Wiki addressed this in a post saying that parents need to monitor what their child posts on their site. They also recommended that they should ban the site’s URL from their browser and stop their kids’ access from sites like theirs entirely if they were truly worried about their child’s safety.

The Man, The Myth, The Legend

Slenderman has gone through many changes throughout his history. He went from being a beloved horror icon to an evil entity that parents feared in a matter of a few years. Despite all the negative attention he has received in recent years, he is most likely going to stay a key part of pop culture, as he led to the creation of an entire fandom online. So it is very unlikely that he will die, being forgotten by everyone. Despite what parents want, there are still people that love both him and the Creepypasta fandom.

So if you start feeling like you are being followed or if the audio and video recordings you keep start to fail, be careful. After all, you never know if a terrifying horror icon is stalking you. Waiting to take you.