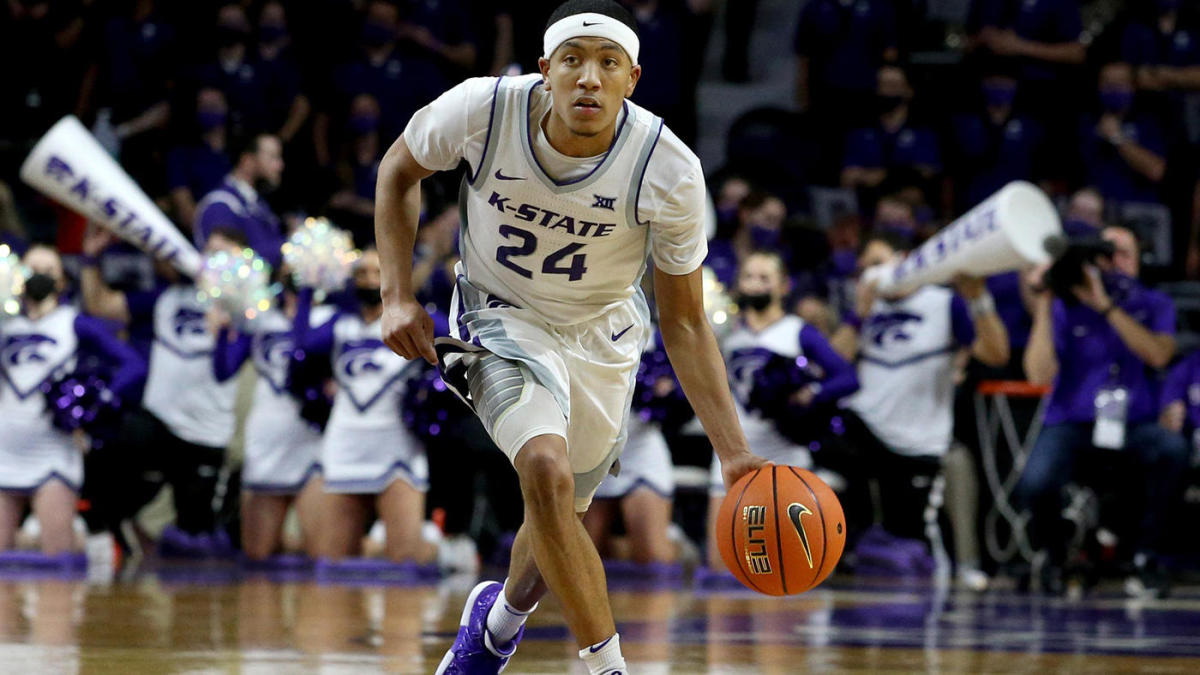 As the college basketball season comes to an end, every single player on every team is left with a choice. If they have remaining eligibility, they can choose to return to the school they played for the previous season, declare for the NBA draft, find another pro route, or enter the transfer portal. Athletes have been able to transfer to another school for a long time, but the transfer portal is something relatively new to the athletic world. All said athlete has to do is enter their name into the portal, and other schools can begin to contact them with their pitch to join their program. College basketball players especially took advantage of the portal, with over 1700 players entering their names in 2021.

Now that the 2022 season has come and gone, let’s take a look at who I believe are the top 10 most intriguing players who have entered their names into the transfer portal this year.

Although Broome doesn’t come from a particularly nationally recognized team in the country, he has proven himself to be one of the elite paint players in the country. He is a monster shot blocker, who averaged an insane 4 blocks to go along with 17 points and 11 rebounds per game. His incredible 131 blocks on the season put him ahead of some of the premier big men in the nation, including Duke’s Mark Williams, Arizona’s Christian Koloko, and a potential top-3 pick in the upcoming NBA draft, Gonzaga’s Chet Holmgren. He has been contacted by big-name teams like Kentucky, Ohio State, Gonzaga, and Auburn. No matter what team lands him, they will be getting a stellar big man in Broome.

Just last year, Efton Reid came out of high school as a five-star recruit and committed to play under Will Wade and the LSU Tigers. After one season capped off with a disappointing loss to Iowa State in the first round of the NCAA Tournament, Wade was promptly fired due to multiple NCAA recruiting violations and allegations. What followed was a purging of the entire LSU men’s basketball program, minus a few walk-ons. Reid was among many of the scholarship players who decided to transfer out of the program, and he will be a very intriguing prospect for any team in the country that needs a big. He only averaged 6.3 points and 4.2 rebounds in his freshman year, but it was with only 19 minutes per game while Tari Eason and Darius Days handled most of the scoring for the Tigers. With five-star potential, he should be a high-impact player wherever he goes.

Brandon Murray burst onto the scene in his freshman year for the Tigers, averaging 10 points, 3 rebounds, and 2 assists. He showed strong athleticism and nice shooting ability, shooting a solid 33.6% from the three-point line. His free throw percentage of 67.7 is definitely an area of his game that needs improvement, but it will hopefully come along with more experience. Murray was one of many players to enter his name into the transfer portal after the firing of Will Wade and has since committed to Georgetown. He will hopefully bring much-needed life and scoring to a Hoyas team that just finished 6-25 and didn’t win a single conference game, losing all 19.

Fans of the national title runner-ups were on the edge of their seats even after the game was over because they knew that all of their players had the decision of staying or leaving to make. Sharpshooting big man Brady Manek was out of eligibility and fellow big Armando Bacot had a decision to stay or leave for the NBA draft. Bacot eventually decided to stay, but Dawson Garcia decided to transfer out of the program. After a freshman season at Marquette that saw him average 13 points and 6.6 rebounds per game, he transferred to North Carolina and was expected to make a huge impact, but only played in 16 games due to injury. During those games, he still proved effective, averaging 9 points and 5.5 rebounds per game in 20 minutes of play. There were three games in that stretch where he scored 20 or more points, including a 26-point outing against Purdue. No matter where he goes, Garcia will be a huge piece of that team.

Curbelo, a native of Puerto Rico, burst into the rotation for the Illini during his freshman season when he averaged 9.1 points, 4.2 assists, and 4 rebounds per game. That team was full of talent that included now-NBA player Ayo Dosunmu, the eventual leader of the team Kofi Cockburn, and now-in-the portal Adam Miller. After Dosunmu entered the draft and Miller transferred to LSU, Curbelo was expected to take another leap forward during his sophomore campaign, but it was in fact the opposite. His field goal percentage dipped from 49.8 to 32.9, his points per game dipped to 7.5, he averaged one less assist per game, and this was all after only playing 19 minutes per game. Curbelo showed flashes of huge potential as a freshman, and the team that lands him is definitely hoping to bring out that potential.

Terrence Shannon Jr. played a key role for a Texas Tech team that was constantly keyed in on defense. Despite being an undersized team, they were able to notch wins against some top competition due to their constant defense and not allowing easy shots. Shannon Jr. was at times an anchor in the defense while also averaging 10.4 points, 2.6 rebounds, and 2 assists per game while shooting 38.4% from the three-point line this past season. If he were to transfer to a blue blood program like Kentucky or North Carolina, they would be gaining a player with very high potential.

Antoine Davis is not a name that gets talked about often, but that could change very quickly. Davis played four years at Detroit Mercy and lit the scoring column on fire. Davis now sits at 22nd on the Division 1 men’s college basketball all-time scoring list with 2,734 points and only needs 266 more points to become only the 11th 3,000-point scorer of all time. This feat would put him ahead of some of college basketball’s finest players ever, including Larry Bird, J.J. Redick, and Allan Houston. Davis averaged 23.9 points and 4.4 assists per game last season and is a career 36.4% career three-point shooter and a career 88.7% free-throw shooter. Many programs across the nation will definitely be lining up for Davis’ services.

Davis is coming off of a season in which he earned AAC Player of the Year behind 19.4 points, 4.4 assists, 3.8 rebounds, and 1.5 steals per game while shooting 37.2% from the three-point line and 86.8% from the free-throw line. This is all while playing in the same league as highly talented teams such as Houston and Memphis. He has been a major catalyst for the Mustangs for the past three years and the team that lands him in the portal will be getting their next floor general.

When Emoni Bates came out of high school, he was the most hyped up basketball prospect since Zion Williamson to enter college. He had drawn comparisons to NBA Superstar Kevin Durant with his tall and lanky build while also having a smooth stroke, nice touch around the rim, and a good handle of the ball for someone his size. In his lone season for head coach Penny Hardaway and the Tigers, Bates failed to live up to some of the lofty expectations that were thrown his way. He averaged 9.7 points, 3.3 rebounds, and 1.3 assists per game while shooting 38.6% from the field overall, 32.9% from three, and just 64.6% from the free-throw line. Those inconsistent numbers and an apparent injury held Bates to only 18 games on the year before entering his name into the transfer portal. All of these factors could be attributed to him entering college a year early, but now that he has a year under his belt, almost every high major school in the country will be hunting him for his services.

Coming out of Lawrence Central High School in Indianapolis, Nijel Pack committed to Kansas State over every in-state school that was recruiting him at the time. Despite having a strong freshman year, nobody saw his sophomore campaign being as good as it was, as the undersized guard averaged 17.4 points, 3.8 rebounds, 2.2 assists, and 1.3 steals per game while shooting 43.6% from the three and 84.5% from the free throw line all while earning first-team All-Big 12 honors and the league’s Most Improved Player award. Pack is widely regarded as the top transfer portal prospect in the nation and if he were to potentially go home, (aka committing to Purdue), he would provide the Boilermakers with much needed guard play after the departure of Jaden Ivey.